Wisdom and Compassion: The Awakening of Consciousness in Film

Since 1990 Dr. Francis Lu and Brother David Steindl-Rast have led annual 5- or 7-day film seminars at the Esalen Institute in Big Sur, California.  Films on a particular spiritual theme (such as Healing Through Gratefulness) are shown and discussed, focusing on the participants’ personal experiences.  In 2009 “Wisdom and Compassion: The Awakening of Consciousness in Film” was the theme. 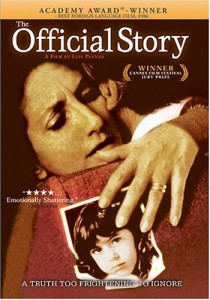 Wisdom is the bliss of seeing through the delusion of self-preoccupation to reveal the underlying dimension of freedom. Compassion is the expression of such bliss to others and sensitivity to other’s suffering. –Robert Thurman

If humankind is to survive and evolve, consciousness must be awakened towards the virtues of wisdom and compassion. During this seminar, we will show 18 films that each depict the awakening of consciousness in the characters of the film as well as portray the many facets of consciousness during the entire week. These include awareness of the poor and oppressed, finding meaning and purpose in life when confronting death, evoking compassion and mercy in the midst of cruelty, joyful participation in the sorrows of the world, and the experience of transpersonal consciousness beyond that of earth.  The films are from the US, Germany, Italy, France, Japan, Sweden, the UK, Argentina and Brazil.