Why Is Gratitude So Hard for Some People?

If you have trouble with gratitude, you’re not alone. Luckily, there’s something you can do about it. 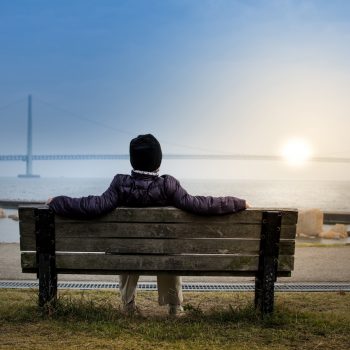 There are many benefits to being grateful. Gratitude is good for your psychological well-being, your relationships, and possibly even your physical health. But the truth is that some people have more grateful dispositions than others. For some of us, gratitude just doesn’t come as easy.

Research suggests that these differences may be rooted in our brains, genes, and even our personalities. But if you’re having trouble feeling grateful, don’t despair! Gratitude isn’t purely hard-wired, and—as we’ll explore below—there are things you can do to bring more gratitude into your life.

Genetics may help explain why some people find it easier to feel and express gratitude than others. Perhaps the strongest evidence supporting this genetic basis for gratitude comes from a study of twins. In this study by Michael Steger and colleagues, identical twins—who essentially have the same DNA—had more similar self-reported levels of gratitude than did fraternal twins—who share only 50 percent of their DNA—suggesting that there may be a genetic component to gratitude.

Other studies have explored what specific genes may underlie a person’s grateful (or less grateful) disposition. One promising candidate is a gene, CD38, involved in the secretion of the neuropeptide oxytocin. A study by Sara Algoe and colleagues found that differences in this gene were significantly associated with the quality and frequency of expressions of gratitude toward a romantic partner in both the lab and in regular daily life.

In one part of this study, for example, members of heterosexual romantic couples noted whether “I thanked my partner for something he/she did that I appreciated” every night for two weeks. Partners with one particular variant of the CD38 gene reported thanking their partners about 45 percent of the days, whereas partners with another variant thanked their partners more than 70 percent of the days. That’s a difference of about three and a half days without expressions of gratitude in some couples.

Another gene that appears to influence gratitude is a gene called “COMT,” which is involved in the recycling of the neurotransmitter dopamine in the brain. A recent study by Jinting Liu and colleagues found that people with one version of this gene reported experiencing more gratitude, while people with another version reported feeling less grateful. This result was consistent with the results of an earlier study that found that the brains of people with the “less grateful” version of the gene showed a greater “negativity bias”—they responded more to fearful faces as compared to neutral faces, and less to happy faces.

While the “less grateful” version of the COMT gene isn’t all bad—there is evidence it has advantages for memory and attention—the results reported by Liu and colleagues suggest that this gene variant may also predispose people to be not only less sensitive to positive life events but also super-sensitive to negative life events.

“These individuals may gradually form, over the developmental course of life, a habit of neglecting the positive aspects of life events and complaining about misfortunes, resulting in decreased positive personality traits, such as gratitude and forgiveness,” write Liu and colleagues.

It’s important to note two things about these studies.

First, they can’t tell us anything about how an individual person with a particular gene would act or behave on a given day. It isn’t as if everyone with one version is walking around constantly feeling blessed while people with the other version are total ingrates. And, second, the genes discussed above are only two out of the possibly hundreds or thousands of genes that could be involved in how we experience a complex emotion like gratitude—besides all the other social factors like religion and culture that are also at play. Emotions are complicated things! These results do suggest, however, that genes may contribute to a person’s tendency to be more or less prone to seeing the world through grateful eyes.

2. Your grateful (or less grateful) brain 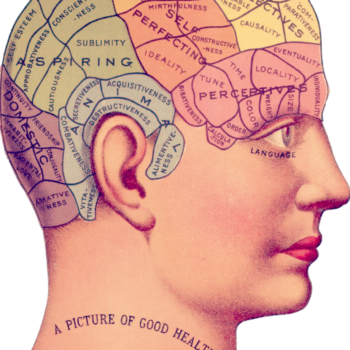 Research suggests there may be differences in brain structure and activity between more and less grateful people—although we can’t say for sure if those differences are the result of nature or nurture or some interaction between the two.

So, for example, some parts of the brain might be anatomically different in more grateful people. One study found that people who are more prone to gratitude have more gray matter in their right inferior temporal cortex, an area previously linked to interpreting other people’s intentions.

Brains of more and less grateful people also show activity differences. In a 2015 functional magnetic resonance imaging study by Glenn Fox and colleagues, participants were asked to imagine they were Holocaust survivors who had received shelter or food from strangers. The participants who imagined that they would feel more grateful in these scenarios had more activity in brain regions associated with moral cognition, perspective taking, and reward.

A recent study…found that more grateful people had more activity in brain areas associated with feelings of reward when they were told that a charity would receive money.

And, in another study by Joel Wong, Joshua Brown, and colleagues, people who expressed more gratitude in a lab setting—as measured by their willingness to give to charity more of the money that they had received from doing an experiment—had more active areas of the brain associated with making mental calculations.

Together, these studies suggest that differences in structure and activity across various brain regions may relate to differences in gratitude across individuals, but—as we’ll see later—at least some of these differences are not static. In fact, consistently making an effort to be grateful can physically change our brains over the long run. 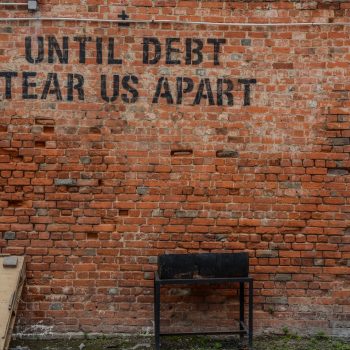 Our genes and our brains aren’t the end of the story; certain personality factors can also act as barriers to gratitude. In particular, envy, materialism, narcissism, and cynicism can be thought of as “thieves of thankfulness.”

Envy and materialism both involve dwelling on what we do not have, so it should come as no surprise that these emotions may be antithetical to gratitude. Indeed, it may be difficult or even impossible for people to be both grateful and envious or materialistic at the same time.

Work by Jo-Anna Tsang and colleagues has explored the relationships among these three emotions. For example, a 2002 study by Tsang, with colleagues Michael McCullough and Robert Emmons, found that people who self-reported a low tendency toward materialism and envy also reported being more grateful. Another study by Tsang and colleagues took a closer look at the negative relationship between materialism and life satisfaction; this study found that lower life satisfaction among materialistic people could be explained by the fact that they reported lower levels of gratitude.

Materialists are less happy in part because they find it harder to be grateful for what they have.

The researchers sum it up this way: “Materialists are less happy in part because they find it harder to be grateful for what they have.”

Narcissism appears to be another potent inhibitor of gratitude. A study by Lisa Farwell and Ruth Wohlwend-Lloyd illustrates this relationship well. In that study, participants were told that their results on a test were combined with those of an anonymous partner—and that their composite score was better than 85 percent of other groups. More narcissistic people reported feeling less grateful towards their partners than did less narcissistic people.

Narcissism, materialism, and envy may even cause people’s gratitude to degrade over time. A 2017 study by Rebecca Solom, Phil Watkins, and colleagues found that undergraduate students with higher levels of narcissism—along with cynicism, materialism, and envy—at the beginning of the study were less grateful two months later, even after controlling for their gratitude levels at the beginning of the study.

Why might narcissism have this negative association with gratitude? One possibility is entitlement, according to Solom and colleagues: “Individuals high in narcissism may not even notice that a gift has occurred because they believe they are entitled to the benefit.”

How to build the gratitude muscle 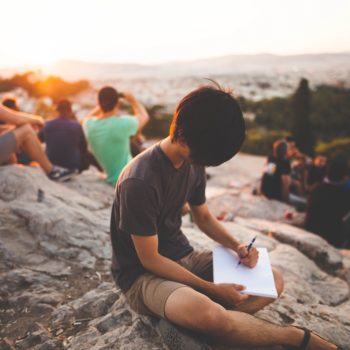 While there is evidence that gratitude activities may work better for some people than others, research suggests that there are exercises you can do—like gratitude journaling or gratitude letters—that will build your gratitude muscle. A 2017 analysis of 38 gratitude studies concluded that “gratitude interventions can have positive benefits for people in terms of their well-being, happiness, life satisfaction, grateful mood, grateful disposition, and positive affect, and they can result in decreases in depressive symptoms.”

Excitingly, there’s even some evidence from neuroscience that suggests how practicing gratitude can change your brain. Remember that study from earlier that looked at brain activity differences in people who expressed more and less gratitude? Another part of that study found that participants who had written gratitude letters in a therapeutic intervention expressed more gratitude and had more activity three months later in their pregenual anterior cingulate cortex, an area involved in predicting the outcomes of actions. This result suggests that a simple gratitude intervention can lead to lasting brain changes even months after the intervention ends.

To the extent one predicts and evaluates the likely effects of one’s actions on others,… one might be more willing to direct those actions towards having a positive impact on others.

The researchers propose an interesting interpretation of their findings: Practicing gratitude may increase brain activity related to predicting how our actions affect other people. “To the extent one predicts and evaluates the likely effects of one’s actions on others,” they write, “one might be more willing to direct those actions towards having a positive impact on others.”

And the recent study that found that more grateful people have more altruistic brains? That relationship, too, appears to be malleable. It was stronger in participants who had been assigned to keep a gratitude journal for three weeks than it was in participants who had been assigned a different (non-gratitude) journaling activity. This difference suggests that practicing gratitude changes the brain in a way that orients people to feel more rewarded when other people benefit, and this change could help explain why gratitude encourages generosity toward others.

Gratitude might feel harder, or maybe just less natural, for some of us. The good news is that research suggests we may be able to actually train ourselves to become more grateful—and that’s something we can all be grateful for. 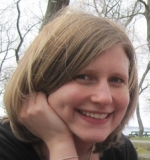 Summer Allen, Ph.D., is a Research/Writing Fellow with the Greater Good Science Center. A graduate of Carleton College and Brown University, Summer now writes for a variety of publications including weekly blog posts for the American Association for the Advancement of Science. She is also very active on twitter: follow her, or just reach out and say hello! This article originally appeared on Greater Good, the online magazine of the Greater Good Science Center at UC Berkeley. For more, visit greatergood.berkeley.edu.