Why a Grateful Brain Is a Giving One

The neural connection between gratitude and altruism is very deep, suggests new research.

When you think about gratitude and its place in our culture, you might not immediately think about morality—that is, matters of right and wrong. 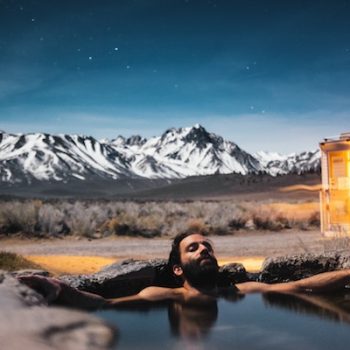 Often, we make gratitude sound like it’s all about you. In the domain of self-help, we hear that gratitude is the single most important ingredient to living a successful and fulfilled life—or that when we are grateful, fear disappears and abundance appears.

In fact, research does support the idea that gratitude helps people who practice it. They report fewer physical symptoms of illness, more optimism, greater goal attainment, and decreased anxiety and depression, among other health benefits.

If you stop with feeling good, gratitude certainly seems more like a platitude than a moral emotion that motivates reciprocity and altruism. But here is where I think many of us get gratitude wrong.

There is a much older, pre-self-help conception of gratitude as an emotion with moral motivations. To first-century philosopher Cicero, gratitude was a matter of religious obligation “to the immortal gods.” Modern psychologists such as Michael McCullough and colleagues have systemized it this way: Gratitude is a “moral barometer”—an acknowledgement “that one has been the beneficiary of another person’s moral actions.” They go on to argue that gratitude is also a moral reinforcer, meaning that you’ll see a “thanks” from others as a reward that will lead you to give more in the future.

My own work has tried to map the relationship between gratitude and altruism in the brain. I am discovering that the neural connection between the two is very deep, and that cultivating gratitude may encourage us to feel more generous. We don’t say “thanks” for selfish reasons. Far from it: Gratitude, like giving, might be its own reward.

When we think about research on the relationship between gratitude and altruism, there are generally two main approaches.

Such studies are helpful for understanding the way gratitude could relate to altruism—in fact, the two do appear to go hand in hand—but of course, they depend on a person’s ability to judge their own gratitude and altruism. We can imagine someone touting himself as tremendously grateful, or the most generous person since Mother Theresa, but this could certainly be untrue. That’s why studies using these methods cannot explain why grateful people might behave prosocially. Perhaps they just feel guilty. Or perhaps altruistic people feel good when other people do well. How can we know? 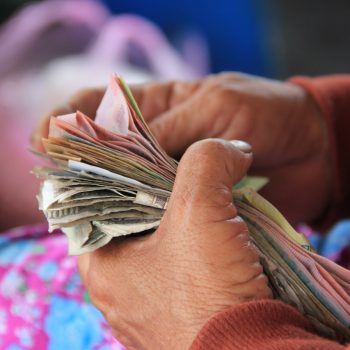 At this point, we need to take an experimental approach. In one recent study, some colleagues of mine tried to understand the relationship between general prosocial tendencies and the way the brain responds to charitable donations. To start, the researchers assessed the prosocial tendencies of the participants using questionnaires. Then, they supplied participants with real money and put them in an MRI scanner that measures blood-oxygen levels in the brain.

In the scanner, the money could go to either the participants themselves or to a charity, such as a local food bank. Sometimes, these gifts were voluntary; sometimes not, so that it was more like a tax than a donation. This distinction was important, because in the tax-like condition, the participant doesn’t get to feel good about a charitable choice—only about the charity getting money. As the money transferred, my colleagues focused on reward centers of the brain—the regions that give us a dose of feel-good neurotransmitters—in order to compare the brain’s response to these various conditions.

The result? My colleagues found that the more prosocial participants felt far more inner reward when the money went to charity than to themselves. They found something else interesting: The older the participant, the larger this benevolent disposition—suggesting that, with age, your brain may reward you more when you see good in the world, rather than when you yourself get some benefit.

Stepping back from results like these, we are left to wonder about what makes someone grateful or altruistic in the first place. Is it a matter of the right dose of prosocial genes? Or is it a lifetime of experiences or family socialization that encourage both gratitude and giving?

My colleagues’ study answered some big questions, but also left some unanswered. One of these big questions involved the link between gratitude and altruism. Do they go hand in hand? Does gratitude actually encourage altruism?

To start to find out, I conducted an experiment that was quite similar to the one in my colleagues’ study. The key difference? I asked participants about their gratitude levels as well as their altruism, with a leaner version of the giving task. After they performed their giving activity in the MRI machines, I compared the brain’s response for outcomes that benefitted charity vs. the self, just as in the previous study.

I found that the participants who reported more grateful and more altruistic traits had a stronger response in the reward regions of the brain to the charity benefitting, just as in the previous study. I was excited to find this result in a new group of people with a similar, but not identical, task. 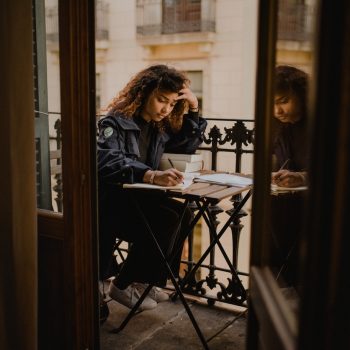 There was another difference in our two studies: While their participants weren’t restricted by age, mine included only young women. My colleagues saw that the neural and behavioral measure of benevolence increased over the lifespan—but no one yet had shown that this measure could change over a shorter timespan in healthy young adults. This was another big question that needed to be answered. My hunch was that gratitude practice would lead to more altruistic tendencies in the brain.

So, in step two of the experiment, I randomly assigned half of my participants to write a gratitude journal entry every evening until another brain scan a few weeks later. The other half of the group wrote expressive journal entries, but the prompts for these entries were neutral rather than gratitude-focused. Neither group was told what the purpose of the study was, or what other people were doing.

At the end of the three weeks, participants came back for their second brain scan. Once again, the key measurement was the brain’s reward-response to where the money went—a charity versus themselves. Would it change more for the gratitude group than the control group? Indeed it did! The response in the ventromedial prefrontal cortex, a key region for reward processing in the brain, showed an increase in the pure altruism measure for the gratitude group, and a decrease in the control group.

Of course, many factors can influence the brain’s reward processing. We can imagine that receiving $5 could feel great…or could make you feel cheated if you were expecting more. It really depends. However, I found that after practicing gratitude for three weeks, the ventromedial prefrontal cortex increased the value it placed on benefits to others. And, remember, this is for the tax-like transfers, when participants don’t even get to congratulate themselves on making an altruistic choice. The computer did the choosing; they just observed the result. They lost five bucks, but the charity gained it—and their brains felt better about the outcome.

In a sense, gratitude seems to prepare the brain for generosity. Counting blessings is quite different than counting your cash, because gratitude, just as philosophers and psychologists predict, points us toward moral behaviors, reciprocity, and pay-it-forward motivations. Apparently, our brain literally makes us feel richer when others do well. Perhaps this is why researchers have observed that grateful people give more.

Gratitude might be good for us—but it is good for others as well. 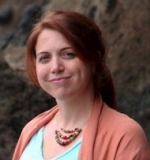 Christina Karns, Ph.D., is a researcher at the University of Oregon working at the intersection of emotion, social neuroscience, multisensory integration, attention, and neuroplasticity. Her project “The Grateful Brain: An fMRI study of Generosity and Social Agency following a Gratitude Intervention” was a Gratitude Research Grant winner through the GGSC and addresses the relationship between gratitude, social reasoning, decision-making, and the brain. This article originally appeared on Greater Good, the online magazine of the Greater Good Science Center at UC Berkeley. For more, visit greatergood.berkeley.edu.