What You Think About Your Emotions Matters

Our underlying beliefs about emotions—whether or not we’re aware of them—can affect our happiness in life.

Emotions can be mystifying at times. After all, who hasn’t been waylaid by sudden anger out of proportion to whatever prompted it, or felt gloomy for seemingly no reason? 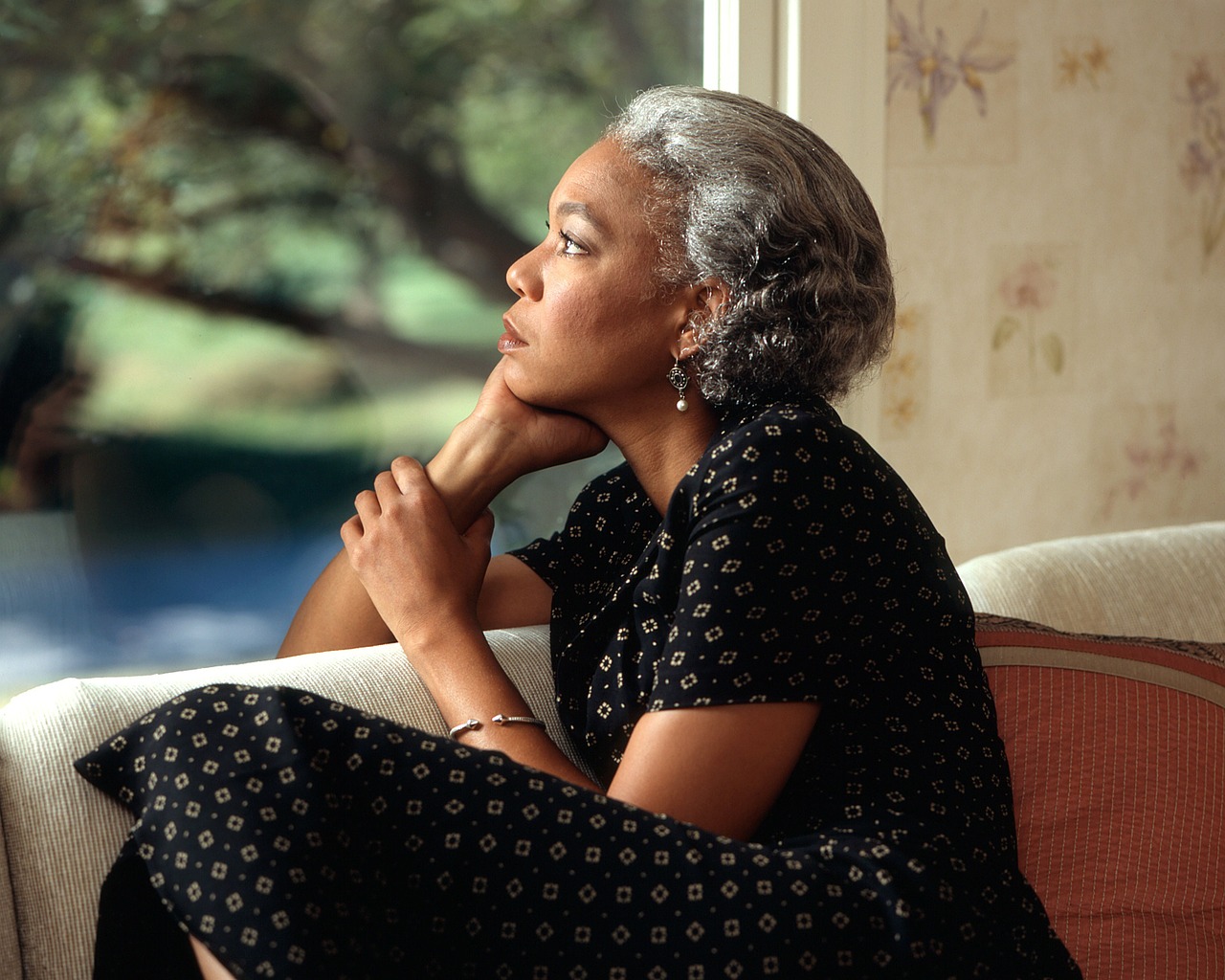 To add to the complexity, we also have beliefs about our emotions—whether they’re a positive, manageable force in our lives, or unwanted interlopers that wreak havoc on our psyche. These beliefs may be unconscious, likely based on our own experiences or the implicit and explicit messages we receive from our parents and our culture.

Now, new research suggests that these beliefs about our feelings—whether they are “good” or “bad,” “controllable” or “uncontrollable”—affect us in important ways. Believing that emotions are generally helpful, but can be changed when problematic, may help us recover better from emotional upset and prevent us from falling into depression and anxiety.

“Learning why people have emotions, how they are adaptive, and how they can benefit you in some ways is crucial to understanding them and can benefit your well-being,” says researcher Eric Smith of Stanford University.

Can you change your emotions?

Imagine that a close friend ignores you when you arrive at her holiday party. You’d be angry or upset, right? But if you tried thinking about the situation differently—maybe your friend didn’t see you or was distracted with host duties—that would help calm you down and keep you from acting out.

The ability to manage difficult emotions—something scientists call “emotion regulation”—is tied to several positive outcomes, like better mental health, moral decision making, and memory, as well as general well-being. Using a particular emotion-management strategy called “reappraisal,” which involves reinterpreting an emotionally upsetting event in a more positive light (as you might do at that holiday party), is often very effective.

Yet some of us don’t believe we have any control over our emotions. With that in mind, several new studies looked at how this belief may affect how we act and how we feel.

The findings showed that how people thought about their emotions was important.

In one study, 355 Filipino college students reported on whether they thought emotions were controllable by agreeing or disagreeing with statements like, “If you want to, you can change the emotions you have” or “The truth is, you have very little control over your emotions.” They also reported on how much they used reappraisal to handle their emotions, and to what extent they experienced positive feelings, life satisfaction, and depression or anxiety.

The findings showed that how people thought about their emotions was important. If they believed feelings were malleable, they used reappraisal more frequently, and in turn they had greater emotional well-being and life satisfaction.

“How people think about the malleability of their emotions seems to be a crucial factor in emotional functioning,” conclude the researchers.

Though this study focused on a single point in time, a recent study by University of Toronto researcher Brett Ford and her colleagues found a similar pattern over time.

Over two hundred 10- to 18-year-old youths reported on whether they believed emotions could be changed or were unchangeable, and whether they used reappraisal or suppression (trying to tamp down feelings) to manage difficult emotions. Then, researchers measured their emotional well-being at the beginning of the study and 18 months later, using surveys and reports from parents.

Youths who believed emotions were controllable used reappraisal more and were less depressed 18 months later than those who didn’t. In addition, they didn’t try to suppress their feelings nearly as often as other young people—a good sign, as suppression has been tied to poorer emotional health.

This suggests a potential pathway through which emotion beliefs impact well-being.

“Once you have emotion beliefs, the beliefs shape what you do when difficult emotions come up in daily life,” says Ford. “While it’s also possible the reverse is true—that very intense depression could make you believe that emotions are uncontrollable—we didn’t find much evidence for that.”

Many of us have heard of the benefits of a growth mindset: When people believe that learning and intelligence come from effort rather than natural talent, they are more motivated to persevere, leading them to perform better. Emotion researchers believe there may be something parallel going on with emotions: When you believe that feelings are something you can impact through effort, rather than being out of your control, you may be willing to try strategies to manage them better.

Are emotions good or bad?

People often judge feelings as “good” or “bad” by whether or not they are pleasant or unpleasant: Happiness is good, while anger is bad. Yet many emotion researchers believe feelings, whether pleasant or unpleasant, are adaptive and useful, providing important information about what’s going on around us. In other words, even unpleasant emotions can be “good.”

Does believing that impact our well-being? Some studies suggest it does.

In a recent paper, Ford and her colleagues looked at how participants with different emotional beliefs reacted to stressors. In one experiment, researchers deliberately stressed out participants by requiring them to give an impromptu talk; in another experiment, people kept daily diaries about how they handled stressors in their regular lives. Participants also reported on whether they were more accepting or more judgmental of their emotions.

“Acceptance could be a useful strategy to help people to feel better—not right away, perhaps, but with a delay—and it might help them to engage with the world in effective ways,” says Ford.

One study found that participants who thought emotions were helpful also reported being happier and having more social supports than those who found emotions a hindrance.

Her study supports other research showing the benefits of believing that all emotions are useful and equally valuable. For example, one study found that participants who thought emotions were helpful also reported being happier and having more social supports than those who found emotions a hindrance. Additionally, the more participants viewed emotions as helpful in their lives, the better they performed on a timed reasoning task—which is somewhat surprising, given how often people pit reason against emotion.

Similarly, other research has found that believing that happiness is very valuable can lead people to be less happy, as they struggle to meet their own high expectations and experience disappointment. On the other hand, mindfulness meditation—which trains people to be nonjudgmental of their experiences, including emotions—can lead to better psychological health.

Overall, it seems that being accepting of whatever emotions arise, while having strategies to counter difficult emotions, might be valuable for our well-being.

This all raises the question: Can our beliefs about emotions be changed?

Fortunately, a recent study by Smith and his colleagues suggests they can. In the study, middle school students from all over the United States were randomly assigned to one of two online courses: one about the importance of their feelings, their malleability, and how to handle difficult feelings using strategies like reappraisal; or a similarly engaging unit on how the brain works (the control group).

Before and four weeks after the course, students reported on their theories about emotions, their emotional well-being at school, their sense of belonging at school and satisfaction with school, and their general well-being in life.

After a month, those students who’d received the emotions lessons were more likely to believe their emotions could change and to have greater well-being and sense of belonging at school than those who had received the lessons on the brain. Interestingly, the differences between the groups were due to large declines in well-being in the control group over the four weeks, while those who learned about emotions had less steep declines. (This just goes to show how hard middle school can be.)

An effective part of our intervention appears to be that students not only believe they can change their emotions, but also that they can get better at it.

Smith and his colleagues also discovered that the students’ general belief about whether emotions are malleable—i.e., People can change their emotions—was not as central to their future well-being as believing they could change their emotions using certain strategies. In other words, general theories were less important than the student’s sense of self-efficacy.

“People already have experiences of changing their emotions—they see people regulating their emotions all the time, like when they feel upset and try not to cry,” says Smith. “An effective part of our intervention appears to be that students not only believe they can change their emotions, but also that they can get better at it.”

Of course, there may be many good strategies for handling difficult emotions—such as mindfulness meditation training or expressive writing. More research is needed to tell us which ones (or which combinations of practices) are most effective. Smith also cautions about applying a course like his before it’s been thoroughly tested on different groups.

Understanding that emotions may be benefitting you in some ways is crucial to living an emotionally healthy life.

And, while emotions may be changed with effort, that doesn’t mean they are completely controllable—nor should they be, says Smith. We shouldn’t expect to completely avoid certain feelings, or be able to get rid of one on the spot whenever it arises. But we can learn to soothe them in hard times or when it’s socially appropriate to do so.

“Understanding that emotions may be benefitting you in some ways is crucial to living an emotionally healthy life,” says Smith. “You don’t want to just tamp down all negative emotional experiences, or increase positive ones, in all circumstances.”

Given how young people—particularly young teens—are developmentally primed to experience emotions more intensely, providing them with tools to manage those emotions better seems like a no-brainer. The research on emotion beliefs gives us hope that we can impact people’s lives using a fairly simple lesson that costs almost nothing to impart. And we could probably all use this lesson, if we want to enhance our well-being.

“Giving people the right strategies to deal with their difficult emotions is powerful,” says Smith.

Jill Suttie, Psy.D., is Greater Good’s book review editor and a frequent contributor to the magazine. This article originally appeared on Greater Good, the online magazine of the Greater Good Science Center at UC Berkeley. For more, visit greatergood.berkeley.edu