Transformative Journeys in Film: Awakening to the Eternal Now

Since 1990 Dr. Francis Lu and Brother David Steindl-Rast have led annual 5- or 7-day film seminars at the Esalen Institute in Big Sur, California.  Films on a particular spiritual theme (such as Healing Through Gratefulness) are shown and discussed, focusing on the participants’ personal experiences. “Transformative Journeys in Film: Awakening to the Eternal Now” was the theme in 2013. 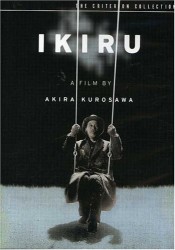 Since movies began, luminous actors and actresses have depicted journeys that transform human consciousness. This seminar showed feature films (1939-2011) from the US, Japan, Ireland, Germany, Italy, Sweden, and China including some films not seen at our film seminars since 2006, with our first two all-time favorites among them.

Beginning and ending with films depicting pilgrimage — physical journeys that make every moment sacred — our films will focus on the psychological aspects of journey itself. Along the way, we will live this call from the Dalai Lama: “Awareness of death is the very bedrock of the path. Until you have developed this awareness, all other practices are obstructed.’’ As we see film characters undertake their journeys, we will experience what Joseph Campbell described: “The Way of Art coincides with the Way of Beauty. However, there is another and further possible degree or range of the revelation of art that is beyond beauty, namely, the sublime.” Viewing these films will awaken us to living the Eternal Now, where in the words of William Blake, ‘‘Eternity is in love with the productions of time.’’

The Road Home
The Passion of Joan of Arc
Cherry Blossoms