A healthy personality does not suppress the dark side, the shadow, but embraces it, redeems it, and so becomes whole. 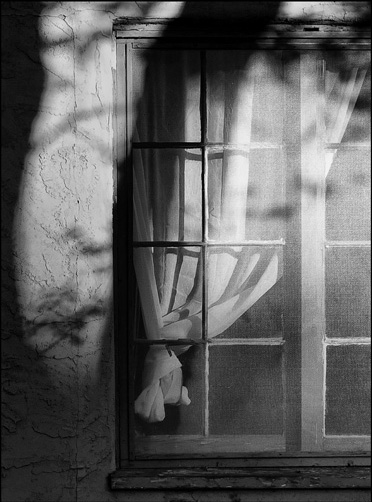 If many people today are wallowing in pessimism, this may simply be the flip side of a culture in which everybody is expected to keep smiling and “have a nice day.” Someone says, “How are you?” and you respond, “Fine.” Have you ever said anything else in reply to “How are you?” Maybe, but it takes some daring, because no one expects any other answer but “Fine.” “How are you?” is not really a question, but a greeting. And “Fine” is not really an answer, but an acknowledgement of the greeting. “How are you?” “Fine.” The two are inseparable.

Because you so often mindlessly repeat that you are “fine,” you suppress any other answer to the question, “How are you?” What you suppress begins to lead its own life. It gets you from behind, because you are not facing it head on. If you suppress it, the shadow turns into a monster; it becomes life-denying. When this happens, you are confronted with things that are difficult to deal with, difficult to integrate. The shadow – now not seen together with the light, but separated from the light – is prone to perversions and distortions and all sorts of unhealthy developments.

That is why a healthy personality does not suppress the dark side, the shadow, but embraces it, redeems it, and so becomes whole.

Neither optimism nor pessimism is desirable, because neither is realistic, and we know it. When we are in an optimistic mood, we are not interested in reality. “Don’t confuse me with facts, I’m an optimist.” And when we are in a pessimistic mood, we are not concerned with reality either. The attitude that really deals with reality is what religious language calls hope.

To remain open for surprise when everything turns out worse than we could ever imagine – that is hope.

Hope is miles removed from both pessimism and optimism. Hope deals with reality. And reality is surprising. If it’s surprising, it’s real. If it isn’t surprising, it isn’t real. Hope is openness for that surprise. In the full, religious sense, hope is not the conviction that everything will turn out fine. That’s optimism. Hope thrives in the midst of hopelessness. Hopelessness is not the opposite of hope. Despair is the opposite of hope. In the midst of hopelessness, hope thrives because it will not give in to despair. Although the situation is hopeless, there is always room for surprise. Hope says, “Let’s stay open for surprise.” Not the surprise of a happy ending, Hollywood style. That’s mere optimism and it is proved unrealistic at every turn. But to remain open for surprise when everything turns out worse than we could ever imagine – that is hope. Despair assigns reality a deadline. Hope knows that there are no deadlines for reality. That is why hope thrives in the midst of hopelessness.

If we have hope, we create a hopeful reality. Our openness for surprise challenges reality. It’s like a mother who looks at the child and says, “Surprise me.” And the child surprises her. Children surprise themselves in the process. We surprise ourselves if we live up to the expectations of somebody who looks at us with eyes of hope and thereby creates the space into which we can grow. This motherly attitude is the one we ought to have toward people who are caught up in pessimism, darkness, or despair, rather than to write them off or contradict them. That’s what they want, to be contradicted. But rather look at them with eyes that say, ”Surprise me,” and they will surprise you.

In contrast to some other traditions, Christians have not done particularly well in cultivating a practical method for integrating the shadow. This is part of the reason we have some of the problems that plague us today.

In contrast to some other traditions, Christians have not done particularly well in cultivating a practical method for integrating the shadow. This is part of the reason we have some of the problems that plague us today. In its enthusiasm for the divine light, Christian theology has not always done justice to the divine darkness. That has implications on the level of moral effort. If you are striving to be perfect and pure, everything depends on getting the right idea of what absolute purity and perfection mean. We tend to get trapped in the idea of a static perfection that leads to rigid perfectionism. Abstract speculation can create an image of God that is foreign to the human heart. On the level of religious doctrine, it’s a God that is totally purged of anything that we call dark. Then we try to live up to the standards of a God that is purely light and we can’t handle the darkness within us. And because we can’t handle it, we suppress it. But the more we suppress it, the more it leads its own life, because it’s not integrated. Before we know it, we are in serious trouble.

You can get out of that trap, if you come back to the core of the Christian tradition, to the real message of Jesus. You find him, for instance, saying, “Be perfect as your heavenly Father is perfect.” Yet he makes it clear that this is not the perfection of suppressing the darkness, but the perfection of integrated wholeness. That’s the way Matthew puts it in the Sermon on the Mount. Jesus talks of our Father in heaven who lets the sun shine on the good and the bad, and lets the rain fall on the just and the unjust alike. It’s both the rain and the sun, not only the sun. And it’s both the just and the unjust. Jesus stresses the fact that God obviously allows the interplay of shadow and light. God approves of it. If God’s perfection allows for tensions to work themselves out, who are we to insist on a perfection in which all tensions are suppressed?

In his own life, Jesus lives with tension and embraces darkness. And as Christians we see in Jesus what God is like. That’s really what Christians believe about Jesus: in this man who is fully human – like us in all things except our alienation, our sinfulness – in this human we can see what God is like. And that human dies, crying out, “My God, why have you forsaken me?” At that moment darkness covers the whole earth, which is, of course, a poetic statement, not necessarily an historic account of what happened then. At that moment God reaches the greatest distance from God’s own being and embraces the darkness of utmost alienation. If God’s reality can embrace the one who cries out, “My God, why have you forsaken me?” and is, for all practical purposes, forsaken of God, and dies, then everything is embraced – death and life and every tension between them. And that moment is, according to the Gospel of John, not the prelude to the resurrection, not something that is then reversed by the resurrection, but is the resurrection. Jesus says earlier, “When I am lifted up from the earth, I shall draw all things to myself.” According to the theology of the Gospel of John, the lifting up is the lifting up on the cross. His death on the cross is the moment of his glory; it’s an upside-down glory. It’s the ultimate shame for someone to be executed on the cross. But for the eyes of faith Jesus is “lifted up.” That is the resurrection. That is the ascension. That is also the pouring out of the spirit: he dies with a loud cry – that means with power, not with a whimper – and he hands over his spirit. At that moment the whole world is filled with the divine spirit. The vessel is broken and the fragrance fills the whole house. It’s all profoundly poetic. You cannot understand the Gospel of John without a sense of poetry. It is a poem from beginning to end. Because we have often failed to read it in that way, we get into all sorts of traps.

The moral implications of all this are deeply anchored in the Christian tradition from its earliest statements on. We touch here the rock-bottom of the Christian tradition. Yet this integration of light and darkness hasn’t been explored properly. This is the problem. Traditions do not always develop evenly. We have only had two thousand years. There are much older traditions. Give us another two thousand years and we may catch up.

God has taken you in. God embraces you as you are – shadow and light, everything. God embraces it, by grace. And it has already happened.

Right now we are at an important stage of transition. We are beginning to look at certain areas that we haven’t faced for a very long time. This area of integrating the shadow is one of them. Martin Luther saw it and the Reformation was a period in which this area was bravely faced. (It’s too bad that there were so many diplomatic mistakes made on both sides, that the whole thing didn’t lead to a renewal of the Church, but rather to a split of the Church.) Luther stressed a key conviction of the New Testament with which the Catholic Church is only now catching up; that is, “by grace you have been saved.” That’s one of the earliest insights in the Christian tradition: it’s not by what you do that you earn God’s love. Not because you are so bright and light and have purged out all the darkness does God accept you, but as you are. Not by doing something, not by your works, but gratis you have been saved. That means you belong. God has taken you in. God embraces you as you are – shadow and light, everything. God embraces it, by grace. And it has already happened.

But where does the moral struggle come in? We all know it has to come in somewhere. St Paul, who says, “By grace you have been saved,” encourages us in the next chapter, “Now live worthy of so great a gift.” That’s a totally different thing, however, from trying to earn it. Many Christians struggle to earn the great gift. How can you earn a gift? I’m simply telling you what Jesus taught, what Paul taught, what the Christian tradition at its core teaches.

I can only touch upon these things, but I hope that it at least gives you a taste and makes you realize that when you go deeply into the Christian tradition, whether it is your own or not, you will find all these things. They are there. But then you ask, “Why don’t we ever hear of it? Why hasn’t it been developed?” Well, it hasn’t been sufficiently developed yet. But you are there. You have your share to contribute. When you are through with your tradition, it must be different from what you found or else you have failed. It is your responsibility to make your religious tradition, whatever it may be, Christian or otherwise, more truly religious by the time you are through with it. That’s the great challenge we face.