The Grateful Company: A Fable 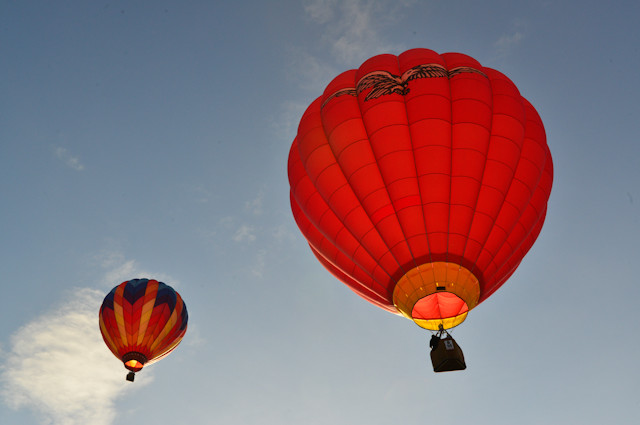 Once upon a time, in the not-too-distant future, there was a business called “The Grateful Company (“TGC”). TGC manufactures and sells high-quality consumer products throughout the world. It is a public company, listed on a major stock exchange with highly competent management, a distinguished board of directors and several thousand employees. It is a growing company with good profits, and it pays dividends regularly.

What distinguishes TGC from other companies is what it considers to be its “noble cause.”  The noble cause of TGC is gratefulness.  This was articulated by its founder, George, at its inception and is well-known by all of its constituencies: its directors, its employees, its customers and the world at large. Many companies have aspirational statements about their values or their visions but TGC’s is different: it is simply embodied in all of its actions and all of its business strategies and practices.  It is not to be discussed, debated or proven.  It is the company’s immutable truth.

“Gratefulness” is a simple term.  It is recognizable by everyone. It may be confused with gratitude, which is a value or a kind of conduct.  Gratefulness, however, is a state of being, what one is rather than what one does.  George was a grateful person. He found satisfaction in life from generosity, kindness, and care for others.  These principles and practices were deeply imbedded in his approach to business.  His employees’ compensation was fair and just and rewarded them for their contribution to the success of the business.   He assured that his products were of excellent quality, did what they were supposed to do and were valuable to their users.  His company was a “good citizen” both locally and globally.  And all of his manufacturing practices and facilities were kind to the environment based on principals of low impact, little waste and the creation of beauty in their surroundings.

By the generous application of a simple principle called “gratefulness,” the world might change in incredible ways.

At the heart of all this was George’s desire to give as much as he received and to cherish the feeling of abundance that came from the recognition that his good fortune and success derived from the goodness which the universe had bestowed upon him and which allowed him to be of service in his business and professional life as well as in his personal, family and community life.  George was glad that he and the company he led could serve the world in a way that was dedicated to peace and prosperity in the context of the marketplace.

And, remarkably, George was repaid in kind.  His employees were grateful for all TGC did for them and their families.  The generosity and care of TGC came back to it in the form of loyalty, motivation, diligence and true dedication to their serving those who were its customers.  Kindness was a standard business practice.   The directors of TGC were proud to serve all its constituencies on the principal that what was good for one must likewise be good for all.  Customers’ response was overwhelming.  They appreciated the value they derived from TGC’s products and were loyal in a way that assured the future of the company.  TGC demonstrated its gratefulness for its success by supporting a multitude of community activities, to which it and its employees were generous in the giving of their time and their personal resources.    And, of course, the company’s gratefulness for the richness and quality of the resources which went into its products caused it to be ecologically wise in its manufacturing and distribution practices, showing care to the earth and all of its lands, flora and fauna.

Cynics might say, “All this is well and good, but how can a company like this make money?   You have to be tough to run a business.  Efficiency comes first.  Trim the fat, cut costs, run a tight ship.  Put your focus on the bottom line.  Growth and profit are the true measures of success.  That is the only way to compete in this cutthroat world.”

Do you really believe that this is so?  George didn’t.  What he had learned about business came more from his heart than from his head.  He had health.  He was content with what he had. His family was truly his most valued possession.  He was fascinated with the life process and how truly interconnected all sentient beings seem to be.  Most of all, he treasured the feeling he derived from simple acts of kindness.  This became the key to his success.

Was a fair return to his shareholders important to him?  How could it not be, for, were it not for the capital they entrusted to TGC, there could be no opportunity to prove that his noble cause could result in a new kind of business experience. In order to accomplish this, employees had to be well-trained, diligent, energetic and committed to a successful business.

Customers had to be well-served by the products they bought. In addition, they were mindful of the stands the company took for the environment and disadvantaged peoples of the world, and this, too, motivated them to buy its products.  Because of the way TGC did business, unlike companies which “played it close to the line” it was not plagued by litigation and government intervention which can drain a company’s resources and put impossible strain on their organizations and damage to their reputations.

By the generous application of a simple principle called  “gratefulness”  the world might change in incredible ways.

What all this created was a chain reaction of gratefulness.  The company’s policies and practices towards its employees developed loyalty and appreciation in its customers.  This inspired media praise and governmental confidence in its good-citizenship.  The communities in which it did business were delighted with its fair hiring practices and good citizenship. Regulators saw that it could be trusted.  One could say that all were grateful for the way TGC did business!

This piece is subtitled, “A Fable.”  Same fables are make believe, impossible fantasies based on wishful thinking.  This is a fable in a different sense.  It is a fabulous possibility for exactly the way, by the generous application of a simple principle called  “gratefulness”  the world might change in incredible ways.  Imagine that one, or perhaps a few” companies were to adopt this approach.  It might be done in small steps, just as an experiment.  If one company were to try it, this might be the beginning of a new school of management.  Impossible?  More impossible than human space travel or the global elimination of polio?  It’s just a dream I have.  That’s why I call it a fable. Why not breathe into it for a few moments?  Meditate on it if that’s your practice.  Talk about it with  someone as a crazy idea that, nevertheless, kind of excited you, if only it could come true.  I’m exceedingly grateful that I could have these words circulated on the Gratefulness Website.  Think about it and share the feeling as well as the idea with others.  Perhaps those of us who are devoted to Brother David Stendl-Rast for the inspiration he has provided us can add to an energy field which, in the midst of widespread feelings of helplessness and hopelessness might create a niche in the world for human growth and transformation.