In his meetings and retreats, Rupert Spira explores the perennial, non-dual understanding that lies at the heart of all the great religious and spiritual traditions, such as Advaita Vedanta, Kashmir Shaivism, Hinduism, Buddhism, Mystical Christianity, Sufism and Zen, and that is also the direct, ever-present reality of our own experience.

The non-dual teaching suggests that the peace and happiness for which all people long lies within ourself, in the simple knowing of our own being as it essentially is, and is equally available to all people at all times. Happiness, being the very nature of ourself, is not a feeling that appears in experience from time to time, but is rather the background against which all experience appears from time to time.

In this simple, direct approach we investigate and recognise the nature of our essential self, that which we call ‘I’, and then explore how this new understanding may be incorporated into all realms of our experience.

Questioner: When I ask myself the question, ‘Am I aware?’, I often experience a sense of gratitude, like something is being given to me. The awareness that I am aware quickly brings me to the feeling of being loved and provided for; it feels like a gift. It seems like there is a giver and a receiver, yet it’s like the giving and receiving are one.

Rupert: Yes, when a mind subsides into its essence and then emerges again from that essence, it emerges still saturated with its perfume. So the mind that emerges out of its essence feels as if it is replete with all of the qualities that are present in its essence: it feels full, abundant, fulfilled. The experience of gratitude that you express is the shining in your mind of the innate qualities of its essence or source.

That’s how these qualities are expressed at the level of the mind: gratitude, kindness, absence of lack, justice. So when you say you are giving to yourself, the essence of the mind is saturating the mind with its qualities. Of course, there is no difference between the mind of pure knowing and the mind itself. They are both ‘itself’. That’s why you feel it is you who are giving and you who are receiving.

Q: So that experience of gratitude is the coming back to myself? 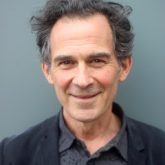 From an early age Rupert Spira was deeply interested in the nature of reality. At the age of seventeen he learnt to meditate and began studying and practising the teachings of the classical Advaita Vedanta tradition under the guidance of Dr. Francis Roles and Shantananda Saraswati, the Shankaracharya of the north of India, which he continued for the next twenty years. During this time he immersed himself in the teachings of P. D. Ouspensky, Krishnamurti, Rumi, Ramana Maharshi, Nisargadatta and Robert Adams, until he met his teacher, Francis Lucille, in 1997. Francis introduced Rupert to the Direct Path teachings of Atmanada Krishna Menon and to Jean Klein and the Tantric tradition of Kashmir Shaivism, and, more importantly, directly indicated to him the true nature of experience.

Rupert lives in Oxford, UK, with his wife, Ellen Emmet, a therapist and yoga teacher in the non-dual tradition of Kashmir Shaivism, and his son, Matthew. He holds regular meetings and retreats in the UK, the U.S. and Europe. Learn more at rupertspira.com.