Learning the Language of Nature

Our living planet has a language of its own, and we must become literate. 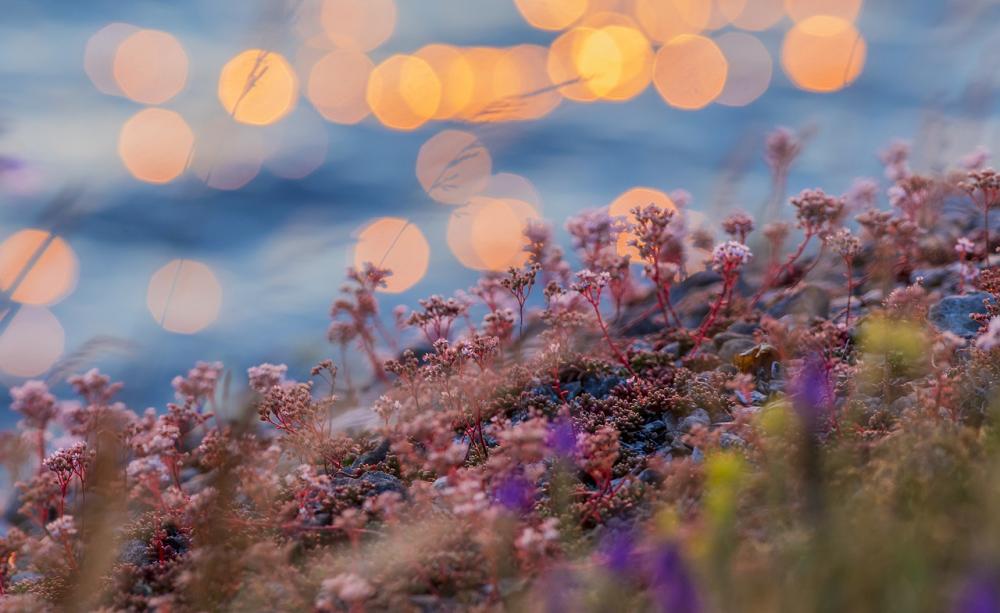 Art, spirituality and epidemiology do not often intersect. But when they do, it’s worth taking a closer look, especially when the emerging perspective can help us respond to epidemics such as Covid-19 in a more constructive manner.

The current global health crisis is an invitation to listen and reflect on the varying consequences of different kinds of collective human action and the impact of wider social and economic structures.

The inspiration for this way of seeing originates in a recent documentary by artist James Bridle titled Se ti sabir, the essay ‘Spirituality as Common Sense‘ by Brother David Steindl-Rast, and the idea of a “language of epidemics” suggested by epidemiologist David-Waltner Toews.

Bridle recounts how between the eleventh and the nineteenth centuries, lingua franca served as the pidgin language around the Mediterranean, facilitating trade, travel, and communication between members of different nations.

In this language, the word “sabir” meant “to know”. It was commonly used as a question, in which case it meant: “do you know lingua franca, can we speak?” At first encounters, people would greet each other by asking “sabir?” This was a greeting and, at the same time, a means to determine whether they spoke the common language.

Today, as artificial intelligence becomes increasingly sophisticated, we are also revealing other intelligences in nature, in plants and animals and in ecological communities at all scales. In other words, we are gradually realizing that humans are multiple forms of knowledge on this living planet.

Bridle offers this example: The eye evolved independently, twice – once in the class of cephalopods, and a second time, in vertebrates. He suggests that the mind, too, has evolved more than once independently, in different species. Octopuses (cephalopods), for instance, are among the most intelligent and behaviourally diverse of all invertebrates.

The idea then is that mind is not an exclusively human feature. There are other minds around us in nature, emerging out of different forms of life. And this invites back the idea of a common language. Can we speak? Can we communicate with those minds?

Brother David Steindl-Rast provides a tentative answer in his essay Spirituality as Common Sense.  In his view, common sense does not refer to rational thinking and problem solving in practical matters. Rather, it is comparable to the basic human senses such as sight, hearing, smell, taste, and touch, which allow us to connect to the world around us.

But senses are not exclusive to humans either. All life connects to the surrounding world, and Steindl-Rast suggests that it does so through the common sense.

As humans, we experience this common sense when we connect with animals, trees, or other living beings and experience moments of affinity and deep connectedness.

The current case of Covid-19 has to be understood in the context of other infectious diseases that have emerged in recent decades, including MERS, SARS, and H5N1. David Waltner-Toews elaborates on how these outbreaks are not random occurrences but the consequences of human actions and inactions as well as dominant social and economic structures. In this sense, these outbreaks have to be understood as “complex messages from the natural world”.

A case in point is our proximity to livestock. In the same way as the invention of the ship inadvertently introduced the shipwreck, the domestication of animals in human history brought with it zoonosis, the leaping of pathogens from other animal species to the human.

Many of the most harmful diseases that humans have faced throughout history originate from livestock. Among the diseases to emerge in recent decades, 70 percent are of animal origin.

After pathogens make the leap to humans, they encounter conducive breeding grounds: modern, dense yet atomised societies, in which the idea of healthcare has come to denote a system for treating diseases rather than one for nurturing healthy people and communities.

In 2008 the WHO determined that the main social determinant of health was social injustice, yet income gaps continue to expand, and unequal distribution of power, money, and resources persist.

The relentless expansion of extractive industries feeding the global economy pushes already marginalised people further into the margins and increases contact with the last vestiges of wildlife.

Primary forests, protected areas, and wildlife are not just the linchpins of essential life support systems, but also repositories of unknown scale when it comes to pathogens such as ancient bacteria and viruses. Bringing humans, livestock, trade, and travel closer to them is like extending a welcoming invitation and creating zoonotic passageways for pathogens to the human species.

Newly emerging epidemics are therefore not freak occurrences that will simply go away again. They emerge as consequences of extractive action. They are the outcomes of systemic processes, pressures, relationships, and structures that are innate to the modern global (economic) system and modern lifestyles.

As such, they tell us something about our human behaviour and about our ideas. And therefore, they have to be understood as messages from the realm of nature. Decades ago, ethnobotanist Terrence Mckenna stated that “nature is alive and talking to us, and this is not a metaphor.” Waltner-Toews shows how this can be understood in relation to epidemics.

If nature is alive and talking to us, it has been sending us a lot of messages. Therefore, it is high time to think about life’s lingua franca, this common sense shared by living beings.

Humans aren’t the only animals that have evolved intelligences, minds, and languages. The unfolding of life has been going on for millions of years. Planet Earth is the home of between 1.2 million known and 8.7 million unknown species of life. From the smallest, to the largest proponents, life has a common code and a common sense.

Nature has brought forth intelligences, minds, and languages. We need to come to our senses and begin to listen.

If these messages have been falling on deaf ears, it might be because we are generally blind to what we cannot see and deaf to what we cannot hear. The question is: Are there intelligent lifeforms that we don’t recognize as such? Are there minds and languages around us that we do not see because, as George Berkeley suggested, the only things we perceive are our own perceptions?

In other words, we preclude the possibility of intelligent life, other minds, and other languages of life through our systems of thought and semantic definitions. As modern proponents of science, we have for most part insisted that our interlocuters from the living world speak our language, the language of reason and intellect.

As humans we encounter a host of life forms. We encounter hyperobjects as large as typhoons, global warming, and Gaia (12,742 km) and entities as small as Covid-19 (120 nm). The take-away message is that our encounters with these life forms are not freak events occurring in a random universe for no reason.

They are messages because they represent “a change of scale or pace or pattern“ that is introduced into human affairs, and because they reflect the consequences of our collective behaviour. They are feedback to our actions, like when you hold your finger over a flame. The pain is the feedback. The pain is also the message. The message is pull away your finger.

In the same way, if you continue to expand the sacrifice zones of your extractive industries, displace the already marginalized and disadvantaged human populations and stir up wildlife populations by disturbing their habitats; if you maintain high-density population livestock, increase bacterial resistance by over-applying antibiotics in agriculture; if you create a ‘flexible’ work force, encourage mass consumer society and provide the global infrastructure for international trade, travel, and transport, etc.

Well, as they say, you don’t always get what you pay for, but you always pay for what you get. In other words, we reap what we s0w and we get to experience the outcomes of our actions. Covid-19 is one such outcome, one such incoming message. 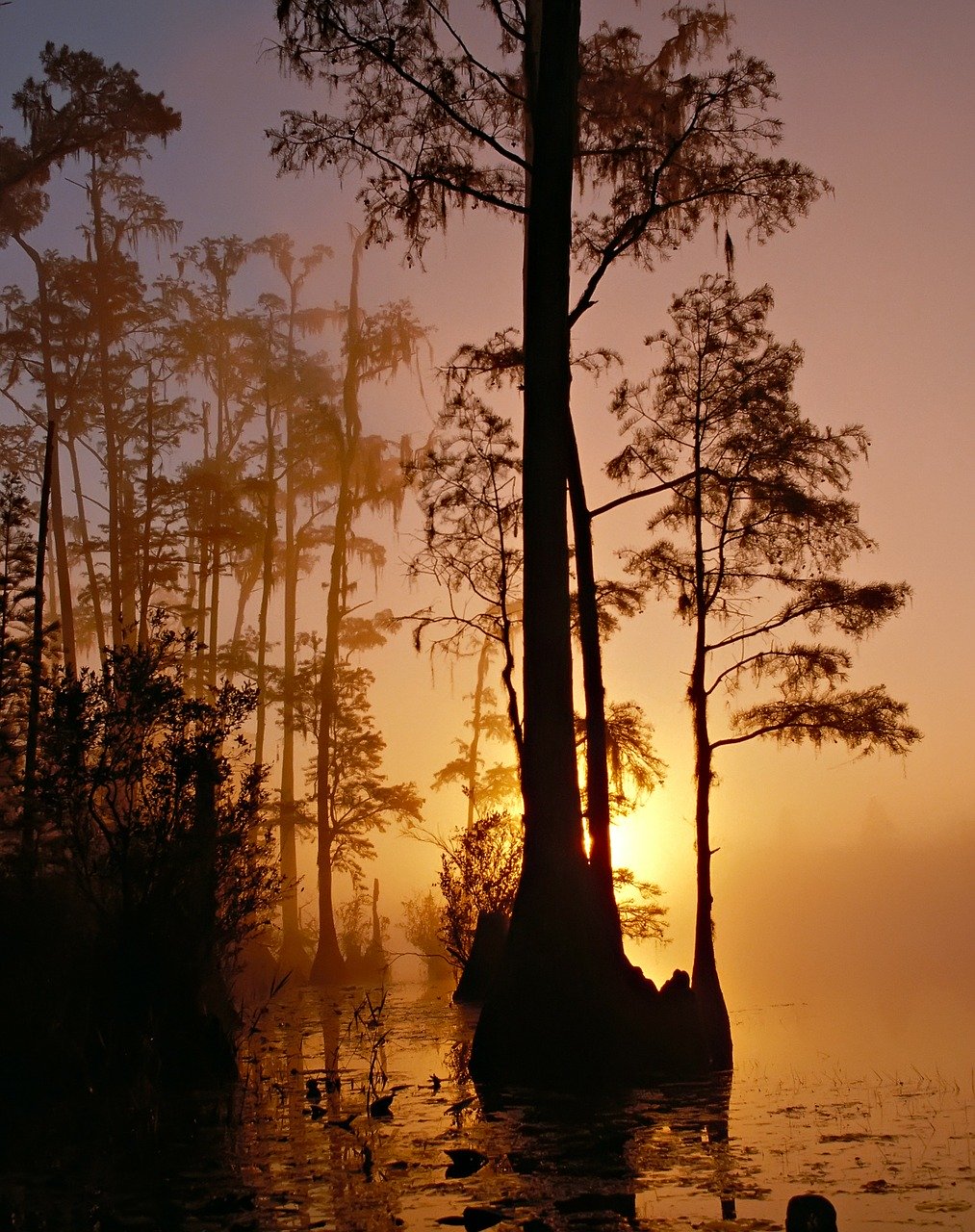 Recent work and literature suggests that other intelligences exist around us. These represent other minds and other languages. In addition, as life has a common code in the form of DNA and RNA, it exhibits a common sense.

Emerging infectious diseases as well as other global and environmental phenomena are not just random occurrences, but rather complex messages from nature. However, we modern humans have largely failed to perceive those encounters as messages because we don’t understand the language.

Nature’s preamble to all our incoming messages is ‘sabir?’ Do you know? Do you speak the common language? And our answer has mostly been ‘No, speak ours!’ The latest epidemic really brings home the message: We should start to learn this common language. Most cultures in human history probably spoke this language to some extent, and it is still spoken today. And that’s good. It means we can find teachers.

In this sense, the task is clear. We have to become multilingual, and that means learning the lingua franca of the living planet. In the Anthropocene, our most pressing concern is to be able to hear and understand what she has to say, because we have been ignoring her messages for too long.

Therefore, in the future, when we encounter an incoming message, we will hopefully be able to respond as we should do: Sabir. We know. Talk. We are listening.

Timothy Seekings is a PhD student in Natural Resources and Environmental Science at National Dong Hwa University, Taiwan. His research is about edible insects and his most recent publication is The proof is in the cricket: engaging with edible insects through action research. This article originally appeared on The Ecologist.