Is Gratitude the Path to a Better World?

In many parts of the world society is sick. Keywords of the diagnosis are: Exploitation, oppression, and violence. Grateful living is a remedy against all three of these symptoms. ~ Br. David Steindl-Rast

This timeless interview originally appeared on Greater Good, the online magazine of the Greater Good Science Center at UC Berkeley in 2013. 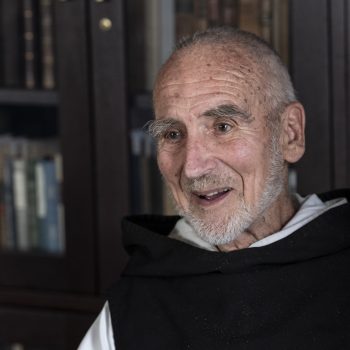 Brother David Steindl-Rast is a Benedictine monk and one of the leading figures in a worldwide gratitude movement. Long before gratitude became a hot topic of scientific research, Brother David was writing about gratefulness as the heart of prayer and a path to liberation, helping to promote the practice of gratitude as a way of healing oneself and society. Perhaps best known for helping create interfaith dialogues to increase understanding between religious traditions, he received the Martin Buber Award in 1975 for his work in this area.

Today, he’s helping create a worldwide movement called the Network for Grateful Living through an interactive online forum that reaches several thousand participants daily from more than 240 countries. The author of numerous books, book chapters, and articles, Brother David has recently released a new book called 99 Blessings: An Invitation to Life—a collection of prayers meant to appeal to a general readership.

The UC Berkeley Greater Good Science Center is not a religious or spiritual organization, but we are deeply interested in the practice and complexities of gratitude. Few bring deeper knowledge to the topic than Brother David, who, like His Holiness the Dalai Lama, has engaged in regular dialogue with scientists. Greater Good book review editor Jill Suttie recently caught up with Brother David to discuss his views on the science of gratitude and where the movement is headed.

Jill Suttie: You began promoting the practice of gratitude for religious reasons long before it became a topic of interest in Western science. What do you make of the sudden scientific interest in studying gratitude?

Brother David Steindl-Rast: Actually, the scientific interest did not arise quite as suddenly as it may seem. As long ago as the mid 20th century, alert psychologists like Abraham Maslow became aware of the importance of gratitude—which he writes about in Religions, Values, and Peak-Experiences—but mainstream science was stuck in taking physics for its model of inquiry and showed no interest in exploring values. In the 21st century consciousness research and cognitive neuroscience are leading towards new frontiers, encountering new questions, and are beginning to push the envelope of what used to be considered classical scientific inquiry. The change of consciousness that is sweeping the world at large has its effect also on the minds of scientists.

Modern science has the same power over people’s minds that religion had in the Middle Ages. But public interest has a more powerful influence on the direction of science than many people realize.

Modern science has the same power over people’s minds that religion had in the Middle Ages. But public interest has a more powerful influence on the direction of science than many people realize. For influencing science, an important point of leverage is the funding of research. For example, the Templeton Foundation’s funding of Robert Emmons’ pioneering studies of grateful behavior has contributed much to making the topic of gratitude acceptable in scientific circles. Scientific findings, in turn, make gratitude respectable in the eyes of the media and so to an ever-growing segment of society. This creates a feedback loop, which accounts for the current “gratitude boom.”

BDSR: Well, the first and most obvious answer is: Anything that produces happier, healthier individuals creates thereby a society in which more people are healthy and happy. This alone is a great improvement. But we can go a step further and show that grateful individuals live in a way that leads to the kind of society human beings long for. In many parts of the world society is sick. Keywords of the diagnosis are: Exploitation, oppression, and violence. Grateful living is a remedy against all three of these symptoms.

Exploitation springs from greed and a sense of scarcity. Grateful living makes us aware that there is enough for all.

Exploitation springs from greed and a sense of scarcity. Grateful living makes us aware that there is enough for all. Thus, it leads to a sense of sufficiency and a joyful willingness to share with others.

Oppression is necessary if we want to exploit others.  It results in competition and in the Power Pyramid: The more power you have, the more efficiently you can exploit those below you and protect yourself against those above you. But grateful people live with a sense of sufficiency; they need not exploit others. Thus, oppression becomes unnecessary; it is replaced by mutual support and by equal respect for all.

Violence springs from the root of fear—fear that there may not be enough for all, fear of others as potential competitors, fear of foreigners and strangers. But the grateful person is fearless. Thereby she cuts off the very root of violence. Out of a sense-of-enough she is willing to share and thereby tends to eliminate the unjust distribution of wealth that creates the climate for violence. Fearlessly, she welcomes the new and strange, finds itself enriched by differences, and celebrates variety.

Thus, grateful living takes away the main reasons for exploitation, oppression and violence; through sharing, universal respect, and non-violence it provides the basis for a healthy society and a world with a chance to survive.

JS: Some people think the science of gratitude is a waste of time—in other words, it’s obvious that gratitude is good for you. Do you think science contributes something important to the global gratitude movement? If so, what are its contributions?

Just as academic interest gave nutrition a new “respectability” it can do the same for gratitude.

Just as academic interest gave nutrition a new “respectability” it can do the same for gratitude. This is important and can certainly be of help to the global gratitude movement. However, what gives a movement its impetus is not information, but enthusiasm and commitment. The spark that ignited the global gratitude movement is the enthusiasm of men and women who discovered that grateful living makes life meaningful and full of joy.

JS: Some people may experience difficulty practicing gratitude, maybe because they’re depressed or they’ve experienced a severe trauma. What advice would you give to someone in that state of mind?

BDSR: Gratitude is the spontaneous response of a healthy body and mind to life. We should not expect it from a person who suffers in mind or body. With training, however, one can learn to focus on “opportunity” as the gift within every given moment. This attitude towards life always improves the situation. Even in times of sickness, someone who habitually practices grateful living will look for the opportunity that a given moment offers and use it creatively.

JS: Do you ever have days where it’s hard for you to practice gratitude? If so, what gets in your way?

BDSR: Illness and depression make it more difficult to be alert to gratitude, for lack of energy. But even on healthy days, I need to put myself back, again and again, onto the track of grateful living. What gets in the way is familiarity; the proverb is right: “Familiarity breeds contempt.” Grateful eyes look at whatever it be as if they had never seen it before and caress it as if they would never see it again. This is a most realistic attitude, for every moment is indeed unique. But of this I need to remind myself again and again. This reminding myself is the dynamic element in mindfulness.

Grateful living is the awareness that we stand on holy ground—always—in touch with Mystery.

Grateful living is the awareness that we stand on holy ground—always—in touch with Mystery. Jewish sages interpret the words of Genesis 3:5 in a way that is of great relevance to grateful living. “Take off your shoes; the ground on which you stand is holy ground.” The soles of your shoes are leather—dead animal skin. Take off the deadness of being-used-to-it and your live souls will feel that you are standing on holy ground, wherever you are.

JS: Where do you see the gratitude movement heading from here?

BDSR: As someone aptly quipped, “It is difficult to make predictions—especially about the future.” It is, however, pretty evident that greed, oppression, and violence have led us to a point of self-destruction. Our survival depends on a radical change; if the gratitude movement grows strong and deep enough, it may bring about this necessary change. Grateful living brings in place of greed: sharing; in place of oppression: respect; in place of violence: peace. Who does not long for a world of sharing, mutual respect, and peace? 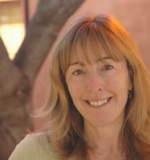 Jill Suttie, Psy.D., is Greater Good’s book review editor and a frequent contributor to the magazine. This article originally appeared on Greater Good, the online magazine of the Greater Good Science Center at UC Berkeley. For more, visit greatergood.berkeley.edu.