Humans and Heroes: Connected through our Imperfections

This excerpt of an interview with Br. David Steindl-Rast begins with him responding to a question about his thoughts on the "use for the concept of the saint today." Br. David offers important insight for the way we view any hero or role model, reminding us that they offer wisdom because of their imperfections, rather than in spite of it.

And then of course nothing has as much power to change our lives as the example of others.  No theory, not even any higher experience, has as much power as when it is embodied in a human person.  Unfortunately, there is a lack of heroes in our time. Young people especially are looking for heroes, not in the narrow sense, but in the wider sense of persons with whom they can identify and by whom they can be inspired. 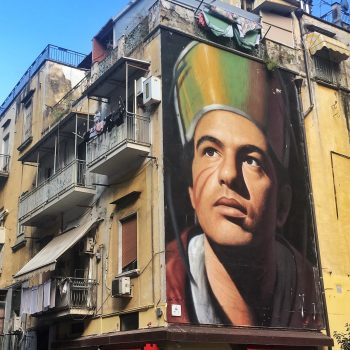 There are many new books on saints out.  I like the approach of Lawrence Cunningham.  He wrote What Is a Saint? and The Catholic Heritage.  But this heritage is totally embodied, there are no abstractions in that book.  Cunningham goes through all the types of saints, for instance the warrior. This type embraces both the saints who were martyrs because they refused to serve in the Roman army or other armies, and those who were actually soldiers.  Other types are the ascetic, the pilgrim, the artist, the activist, even the outsider; there is a very important kind of “saint” who has to be an outsider with regard to the Church.

That can evoke two kinds of response. One is “I’d like to be more like that.” The other, which is equally typical, is “This is impossible. I might as well give up.”

Smoley: What you say about modeling is interesting because if you take the typical life of a saint, you see that the saint is very elevated.  That can evoke two kinds of response. One is “I’d like to be more like that.” The other, which is equally typical, is “This is impossible. I might as well give up.”

Brother David: And you excuse yourself from reaching a level you could reach because you’re looking at a level that you can’t reach.

Smoley: How could you look at that so as to encourage yourself?

Brother David: It depends.  You might be looking at a form of hagiography that makes the saint into so elevated a personage that this model cannot really be imitated.  In that case, I would say don’t read that kind of hagiography, it will only lead you astray. But the saints were human exactly as we are. They should be presented with their human weaknesses; they don’t have to be perfect in every way.  The more I look at the lives of saints, the more I find that even in the great saints and in those I most admire, there’s maybe not even 50 percent really to be imitated. Like us, the saints had human shortcomings. But they had some outstanding quality that redeemed all the rest.  To show that a very imperfect human creature — which so many saints are and were — can really be perfect in spite of all those imperfections, that’s what a healthy hagiography wants to show. By the way, are you familiar with the enneagram?

We have to find our balance by moving to a different position on the periphery of the circle. It’s a lifetime task to overcome the particular form of warpedness that each of us has chosen.

Brother David: Well, even just a basic familiarity with the enneagram shows you that every human being chooses a partial perfection and so becomes imperfect in a typical way.  That’s pretty evident when you begin to study it. The enneagram shows that everyone is eccentric in one way or another. We’re out of the center. We have to find our balance by moving to a different position on the periphery of the circle. It’s a lifetime task to overcome the particular form of warpedness that each of us has chosen.  But notice that the circle on which the types of the enneagram are arranged is a figure completely different from that traditional one, the ladder, with its different rungs and degrees of sanctity that we had before.

It’s a totally different approach to human perfection, and therefore to hagiography, if you start out with the circle of the enneagram, in which each type is a point on the periphery and all are off center; the center is Christ, you might say.  All are the same distance of center when we start out.  No one is better off than the other and everyone is in a sense badly off.  We have to overcome our weakness and “go against the arrows,” as the enneagram would say.  That’s such a different thing from having to climb a ladder with the saints on the top and you somewhere on the bottom.  When you go from rung to rung, it’s a linear image; it doesn’t do justice to real life.