How Gratitude Helps Your Friendships Grow

Research suggests that gratitude plays a quiet, key role in building a relationship.

A great deal of research has shown that gratitude helps us to initiate, maintain, and strengthen our relationships. Gratitude may make our romantic relationships closer and more satisfying, encourage us to feel more invested in friendships, and even cause us to be more helpful coworkers.

However, two questions have received relatively little attention from gratitude researchers: What specific information is processed in the mind that causes us to feel gratitude, and why did gratitude evolve in the first place?

Trying to answer these questions can help us develop a deeper understanding of how (and why) gratitude functions the way it does, so we can truly use it to build stronger social connections. Based on our initial research, we’re beginning to understand that gratitude helps to reinforce other people’s good deeds and to jump-start mutually cooperative relationships. 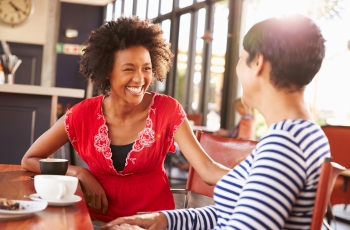 Gratitude seems to be very important for building and maintaining social relationships—that is, for how we come to value others. Along with our colleagues Michael McCullough, Daniel Forster, and Adam Smith, our recent research has examined how this underlying process works.

In one experiment, we told participants they would be playing a computer game of catch with three other “participants,” all of whom were actually part of the research team. After participants met the other three, they completed a survey.

This survey measured how much participants valued their fellow players, by testing how willing they were to trade off their own welfare for that of the others. By and large, we tend to be more willing to trade off our own welfare (that is, help) people to whom we feel close. Under most circumstances, we are willing to expend more time and energy helping a family member or friend over an acquaintance, and an acquaintance over a stranger. In our experiment, we measured the willingness to trade off one’s own welfare for the welfare of another using a survey that generates a “welfare tradeoff ratio” (WTR). As you might expect, because the players were all strangers, initial levels of participants’ WTR were quite low.

When we express gratitude to someone, we are effectively signaling that, by virtue of their actions, we value them more than we did before—and that we might be more likely to provide benefits to them in the future.

Next, the game of catch began. In this particular game, every time you threw the ball to the player designated as the “Treasurer,” you would win 50 cents. Needless to say, participants were hoping to get the ball and then have the opportunity to throw it to the Treasurer and rack up their earnings.

After the game, participants again completed a WTR survey for each of the three players to see how much they valued the other players. We also asked participants to rate how they felt about the players on several dimensions—most notably, how grateful they were toward them. Finally, participants played an economic game called the Dictator Game. In this one-move game, they were given $10 and told to allocate as much or as little as they wanted to the other players—an indication of cooperation.

We found three important patterns. First, as you might expect, participants valued the helpful player more after the game. That is, WTRs increased for the player who helped the participant—and only this player. The WTRs for all remaining players either stayed the same or decreased.

Second, we found that increases in WTR predicted the level of gratitude the participant felt toward the helper. In other words, the greater the increase in how much participants valued the helper, the more gratitude they reported in response to that help.

Our third finding relates to cooperation. We found that participants allocated far larger percentages of money in the Dictator Game to the player who helped them than to the other players who did not. But, unlike with gratitude, it wasn’t the increase in WTR that predicted this cooperative behavior. Instead, it was the post-game WTR level (how much participants currently valued the welfare of that person).

This is a subtle but important distinction: Increases—that is, positive changes—in WTRs predicted gratitude, whereas current WTR values predicted giving (above and beyond the effects of gratitude). Gratitude seems to correspond to positive changes in how much we value others. When we express gratitude to someone, we are effectively signaling that, by virtue of their actions, we value them more than we did before—and that we might be more likely to provide benefits to them in the future.

Why did gratitude evolve? 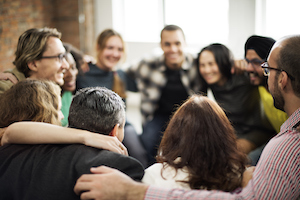 As an intensely social species, humans necessarily put great importance on establishing beneficial relationships with others, whether it be close friends, romantic partners, or work acquaintances. A major question, then, is how we are able to form cooperative relationships with others who aren’t our immediate relatives. By signaling increases in WTR, gratitude may play a central role in the process by which strangers develop relationships that turn into friendships.

Generally speaking, we tend to feel grateful when a person does something nice for us—they delivered a benefit of some kind. As our experiment suggests, feelings of gratitude are explained by how much more we value our benefactor. Boiled down to their essence, the feelings of gratitude (and the psychological systems that caused these feelings) help to identify likely cooperators—people who have demonstrated that they care and might continue to do so in the future. Our gesture or utterance of gratitude thus expresses to others that we’ve noticed their actions, we perceive them to be beneficial, and we might be potential reciprocators down the line.

Both expressing and detecting gratitude can create a snowball effect by ratcheting up mutual value, starting from the very first interaction and leading to a strong, cooperative relationship over time.

When we detect expressions of gratitude from someone else, we are getting the same message. And hearing gratitude from someone might make us value her more, to the extent that we care about how our actions affect her (for instance, if we are looking to make a new friend). This is because, out of the sea of people in the world, this person has indicated that she values us and is thus more likely to be an ally. Therefore, helping this person in the future might have a better chance of bolstering a new, beneficial relationship than helping others who haven’t demonstrated that they value us. In this way, both expressing and detecting gratitude can create a snowball effect by ratcheting up mutual value, starting from the very first interaction and leading to a strong, cooperative relationship over time.

In considering the possible evolutionary functions of gratitude, it is reasonable to ask whether gratitude evolved specifically in humans, or whether it evolved long ago in a common primate ancestor. One way to tackle this question is to search for evidence of gratitude in our current primate cousins. Though we can’t actually get inside the mind of a chimpanzee or a capuchin to see if they feel gratitude in the same way we do, we can observe their behaviors and see if they are consistent with feelings of gratitude and increases in social value. So far, some evidence suggests that they are.

Our current work is focused on determining how the costs and benefits of an action affect gratitude, how all of these processes work over longer timeframes than a single experiment, and how benefactors respond to signals of gratitude from their beneficiaries. In the future, we plan to extend these lines of research cross-culturally to see if these findings hold true beyond the United States—whether these patterns are specific to certain societies, or universally human.

This article originally appeared on Greater Good, the online magazine of the Greater Good Science Center at UC Berkeley. For more, visit greatergood.berkeley.edu. 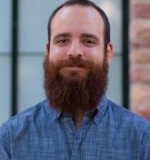 Eric Pedersen is an assistant professor of psychology and neuroscience at the University of Colorado Boulder. His research on gratitude has been supported by the Greater Good Science Center’s Expanding the Science and Practice of Gratitude project. 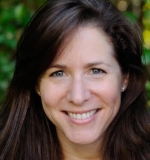 Debra Lieberman is an associate professor of psychology at the University of Miami. She earned her Ph.D. at the University of California Santa Barbara at the Center for Evolutionary Psychology. The central goal of Debra’s research is to understand how evolution has shaped the social mind. Dr. Lieberman studies a range of topics, including kin detection, cooperation, mate choice, disgust, and morality. Most recently, Dr. Lieberman has been researching gratitude and its role in the formation of cooperative relationships, as well as the role disgust plays in social policy and law. She is co-author of the book Objection: Disgust, Morality, and the Law, to be published in 2018 by Oxford University Press.