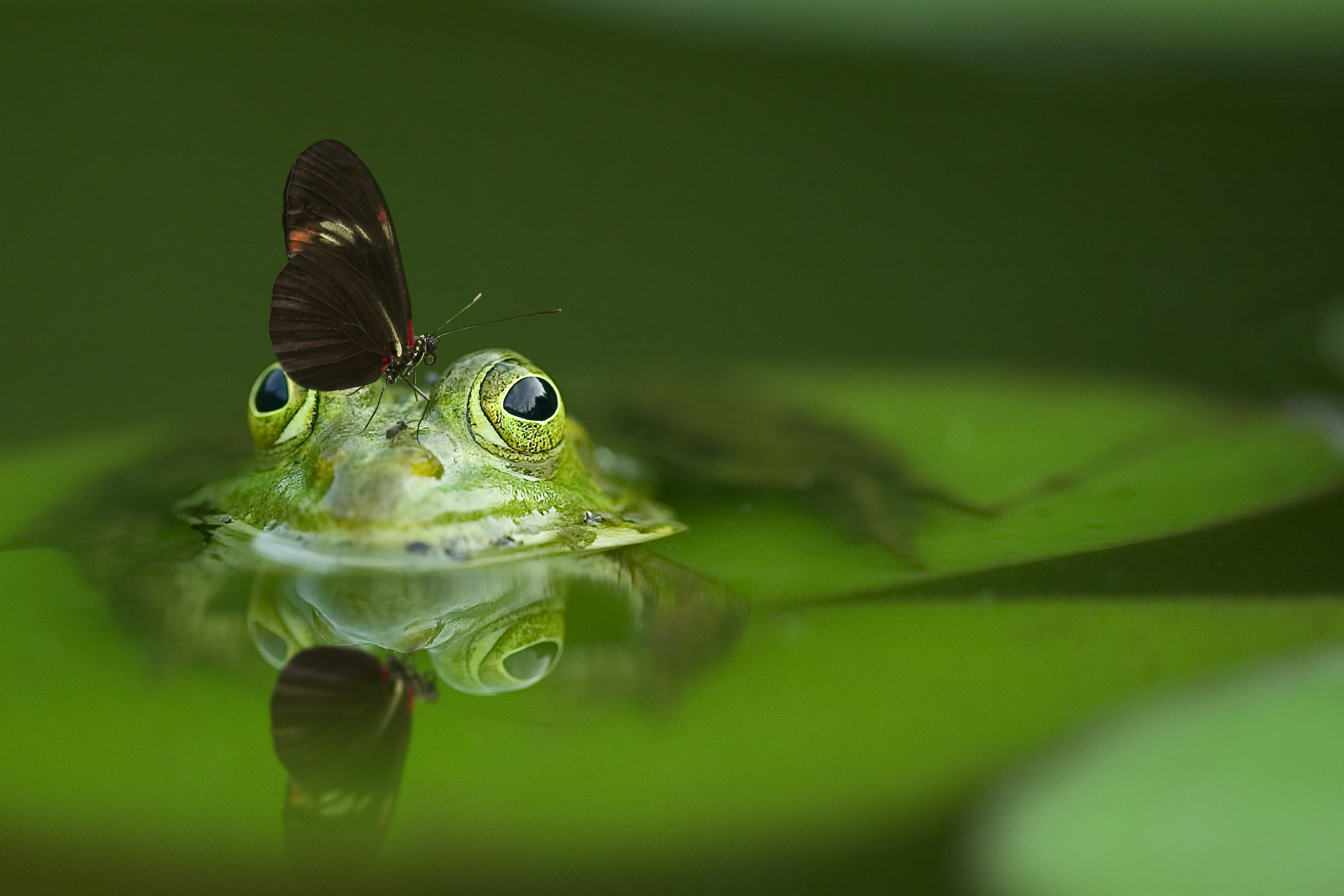 They are nudging each other like bumper cars.  It’s the din of their croaking:  tens, maybe hundreds of frogs that drew me from my walk up Winter Street to the entrance of the town forest.  When I first approach from the gravel path I’m oafishly loud and they disappear in the leafy mud, but their business is life and death, so as soon as I remove my threatening shadow and settle down on the moss-covered tussock, they pop their bulgy eyes and sprawly legs up to the surface and resume their croaks and bumping.  They’re having a noisy orgy in the newly thawed marsh and it’s a thrumming, snapping, boiling stew of shiny brown-green bodies.  It’s in the high sixties this late March afternoon and they have to party, now.

I try to recall if I’ve ever witnessed this spectacle and realize that I’ve never before had the time to walk and wander on a spring afternoon.  These days I’m in treatment for cancer, six rounds of strong chemotherapy, and I’m too sick to work for the first time in my life.  On good days, especially when my Robert is home, it feels like I’m on a well-earned sabbatical.  I’ll do yoga and strength training in my bright sunroom, enjoy the meals my kind friends have prepared, read inspiring books, write in my journal and listen to music, guided imagery, or affirmations.

What the frogs and I know is that we are choosing life, and to do that means we sometimes have to cross a risky path.

On bad days, often if I’m alone, or haven’t slept well, I’ll stay too long in bed, too fretful to do much of anything.  Some days my stomach feels as though it’s been scrubbed with a wire brush, and I have to distract myself from dwelling on my ravaged digestive system and “awfulizing” about a dark and painful future.  I have every reason to be hopeful for a good long remission, but I still worry about the damage to my immune system from the toxic chemicals and add layers of worry about the worry itself, until I don’t believe its really working.

Today was a bad day.  I was miserably wandering the quiet rooms, my focus reduced to my spine, imagining every twinge to be proof of the continuing presence of a dangerous lesion, even though my doctor told me that the last PET scan showed the cancer was responding and the bone was healing.  I made myself get out of the house and walk.

There’s movement at my left and I slowly turn my head and notice that new arrivals have hopped across the rocky path from who knows where, drawn by the outsized calls of the frog Town Criers.  Some are already piggyback, and the bigger females, undaunted by their passengers, look for a safe haven for their eggs.  I see one who didn’t make it, its dry body flattened by a hiking boot or a mountain bike tire.  Its once glistening round eggs are crisp, black, and two-dimensional, and the whole thing looks like an intricate paper cutout.

It’s a dangerous business propelling a little soft body overland to get to the right pond on the right day.  It would be overstated to say that it is frog courage that gets them here. It’s more like a heedless devotion to life, a leap of faith, and I feel a certain kinship. Friends will tell me how they admire my courage, but I don’t deserve the praise.  I am afraid much of the time, and would weasel out of chemo if I only could.  What the frogs and I know is that we are choosing life, and to do that means we sometimes have to cross a risky path.

The frogs lie on the surface of the water looking as smooth and naked as my bald head, and in my presence they seem comfortable.  I’m the only sober guest at their party.  It’s not my kind of music and I don’t get what the fuss is all about, but they know I’m watching and want to impress me with their seductive moves.  “Pick me.” Bump. “No, me.” Bump – surely irresistible to one of the ladies of the lake and I feel honored.

The sun has gone down behind the pond and it’s cooler.  I’ve enjoyed the froggy frolics and am comforted.  I’ll leave them to it.  By tomorrow they’ll be gone, leaving only a few stragglers, back to their secret bogs far from the walking paths.  For the rest of the season I’ll be lucky to see one or two bob up or belly flop from the bank.

I stand up, a little stiff, and applaud silently, but the frogs have ducked under again.  I decide to walk the long way home through the woods, gratefully, eyes and ears open.  The mourning cloak butterfly, reborn today, lights on last fall’s oak leaves; the tiny gypsy moth caterpillars writhe in their silken nests at the crotches of cherry trees.  The blueberry buds are a rosy haze suspended above the marsh; the skunk cabbage unfolds its voluptuous purple and green speckled flower.

Roberta Jackson, aka Brett, was the longtime Chef at the President’s House at Wellesley College, worked as Food Consulant for the PBS children’s program ZOOM, and combines her MS in nutrition , love of good food, and experience as a cancer survivor to create classes on Eating Well for corporations and community groups.  She also sings with a hospice group called , and the women’s group, Threshold Choir, and an acoustic folk group, Constellations.

This essay was first published in an anthology by writers whose lives were changed by cancer,All That Matters: Memoir from the Wellness Community of Greater Boston, (ed. Peggy Rambach, The Paper Journey Press, Wake Forest, NC.)