Brother David Steindl-Rast: In Gratitude for All Life

This article was originally published in Wall Street International Magazine on March 25, 2022.

My first encounter with Brother David Steindl-Rast was through reading his earliest published book, Gratefulness-The Heart of Prayer, which I came upon in a spiritual bookshop in Eugene, Oregon in 1984. 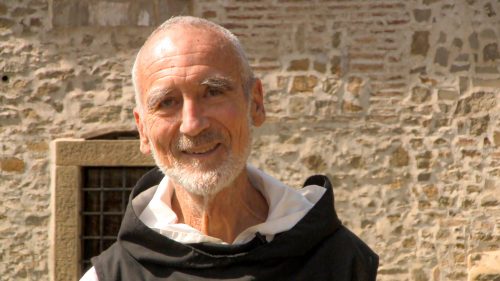 As a practitioner of yoga, I found his words held the same humble reverence and wisdom that I felt from my teacher, Swami Satchidananda. It was no surprise to later discover they were dear friends.

Born in Austria in 1926, he studied art, anthropology, and psychology, receiving an MA from the Vienna Academy of Fine Arts and a PhD from the University of Vienna. In 1952 he followed his family who had emigrated to the United States. In 1953 he joined a newly founded Benedictine community in Elmira, NY, Mount Saviour Monastery, where he became “Brother David.”

Brother David has helped people around the world deepen their faiths – whether Christian, Buddhist, Jewish or others.

An inspirational ecumenical and interfaith presence active in the emerging East-West religious dialogue, together with Thomas Merton, Suzuki Roshi and Thich Nhat Hahn, Brother David has helped people around the world deepen their faiths – whether Christian, Buddhist, Jewish or others.

For decades, he divided his time between periods of a hermit’s life and extensive lecture tours on five continents. He has authored and contributed to a wide range of books and periodicals, translated into many languages. At present, he serves a worldwide Network for Grateful Living, through Gratefulness.org, an interactive website with several thousand participants daily from more than 240 countries and territories.

I was introduced to Brother David in 1997 by my wife, psychologist Doris Laesser-Stillwater, at the annual gathering of science and spirit in Cortona, Italy, where they were both faculty members. Some years later, when Doris and I were filming our documentary series, In Search of the Great Song, we were inspired to ask Br. David’s response to the question, “What is the Great Song for you?”

He agreed to an interview, and we convened one afternoon at Le Celle, a 13th century Franciscan convent just outside of Cortona.

While the film includes the voices of many outstanding people – religious leaders, scientists, artists and philosophers – the message of Br. David, in its simple yet profound clarity, provides one of the most articulate, endearing, and inspiring reflections of what lives within all of us – and as Br. David reflects – awaits us beyond this world.

What follows is a transcription of his words: 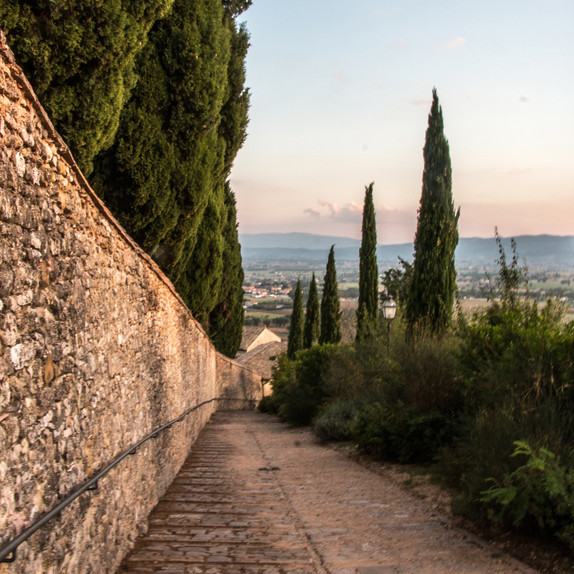 There is really only one song, and it’s the Great Song, it’s the cosmic song.
It’s the song that all things and all animals and all plants and all humans sing in their deepest heart. And every song that a human sings with his or her voice is only an expression of that one Great Song, that is there from the beginning and will be there after the end.
The Great Song, the Great Sound comes out of silence- or it isn’t the Great Song.
If you listen deeply to the silence within then you find That Song.
St. Francis was the great troubadour of God, because he came out of the silence of weeks that he would spend in solitude. Then he sang the love of God so filling his heart that it had to overflow.
He would go and hold one stick as a fiddle and another stick as the fiddle bow, and would just sing to God that Great Song in his heart overflowing.
And if we can learn that, we can make even with two sticks the most beautiful music in the world. 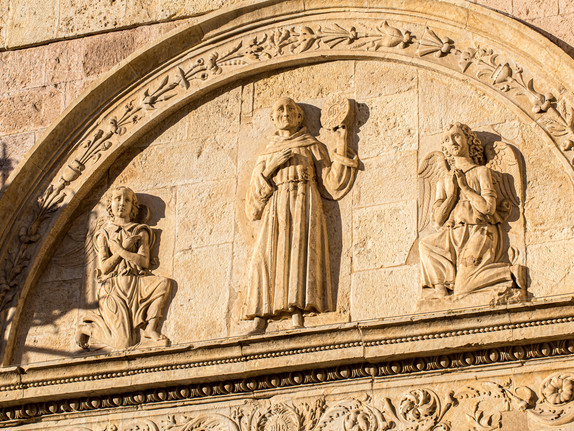 In one poem he speaks about the change that is happening all the time around us: “Even though the world changes like cloud formations, all that is fulfilled returns home to the One, to the Changeless One. Above all the turning and changing, wider and freer remains your song, God with the lyre, God with the harp. Sufferings have not been learned. Loving has not really been learned. And what separates us in death has not been unveiled. But the Great Song, above the Earth, hallows and celebrates it all.”
In another poem Rilke says, “I live my life in big circles that surround all things, that circle around all that is. Maybe I will not complete the last circle, but I will attempt it. I circle around God, that ancient tower, and I have been circling for centuries and millennia”. And I still do not know- am I a falcon, a storm, or the Great Song?

Brother David’s words on grateful living shine at the core of his understanding and teaching.

Brother David’s words on grateful living shine at the core of his understanding and teaching. In these closing words from the video called A Grateful Day, Br. David summarizes what he has been offering his audiences for decades:

You think this is just another day in your life. It’s not just another day.
It’s the one day that is given to you – today. It’s a gift.
It’s the only gift that you have right now and the only appropriate response is gratefulness.
If you learn to respond as if it was the first day in your life- and the very last day- then you will have spent this day very well.
Begin by opening your eyes and be surprised that you have eyes that you can open.
The incredible array of colors that is offered to us for pure enjoyment.
Look at the sky. We so rarely look at the sky.
We so rarely note how different it is from moment to moment with clouds coming and going.
Open your eyes, look at the faces of people you will meet.
Each one has an incredible story behind their face – not only their own story, but the story of their ancestors, all that life from generations and from so many places all over the world flows together and meets you here, like a life-giving water if you only open your heart and drink.
Open your heart to the incredible gifts that civilization gives to us.
You flip a switch and there is electric light- turn a faucet and there is warm water and cold water, and drinkable water, a gift that millions and millions in the world will never experience.
And so I wish that you open your heart to all these blessings and let them flow through you, that everyone you meet on this day will be blessed by you just by your presence.
Let the gratefulness overflow into blessing all around you- then it will really be a good day. 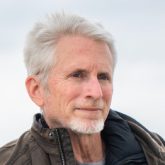