A Moral Obligation to Transform

Where the spiritual path really begins to get interesting is when we recognize that transforming ourselves in the deepest possible way is in fact an evolutionary imperative with profound consequences far beyond ourselves.

We might call it the malady of contemporary spirituality. As a speaker, writer and spiritual mentor, I hear it all the time. The refrain usually goes something like this: “I’ve been on the spiritual path for years. I’ve meditated, gone to therapy, and attended dozens (if not hundreds) of workshops, seminars, satsangs, and retreats. I’ve had a lot of peak experiences. But, I’m still not fundamentally different from when I started. I’m still plagued by many of the same recurring negative patterns. I’m still not sure what I’m doing here. I’m still not deeply happy. I’m still not free.” 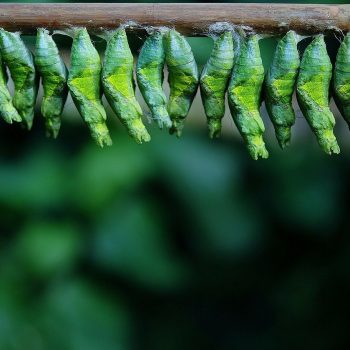 Why is it that so few of us get the results our spiritual practices are designed to deliver? How is it that after decades of earnest spiritual seeking, most of us ultimately settle for an attainment far less profound or dramatic than the one we were aiming for when we started on the path?

Is it, as some ancient eastern traditions tell us, that enlightenment is such a lofty goal that we should not expect to experience any radical transformation in one lifetime, but should instead see our current incarnation as but one of millions of baby steps toward that supreme attainment?

Or is it, as many contemporary teachers are fond of saying, that the attempt to change ourselves in any way is in fact misguided, that we should simply “accept what is,” “call off the search,” and realize that ordinary life, in all of its neurotic frailty, is enough?

With all due respect to those of differing opinion, I would like to propose another possibility.

I would like to suggest that the supreme and lofty goal of profound, life transforming spiritual liberation is not only possible in this lifetime, but is in fact well within reach of anyone of reasonably sound mind and stable character.

I would like to suggest that the supreme and lofty goal of profound, life transforming spiritual liberation is not only possible in this lifetime, but is in fact well within reach of anyone of reasonably sound mind and stable character. And that the reason it is not happening for the vast majority of those who are seeking it is that, for most of us, our context is just too small.

To paraphrase spiritual teacher Andrew Cohen, imagine for a moment that the fate of the entire human race rested on your shoulders alone. That humanity’s evolution out of brute self-interest depended entirely on your willingness to transform your consciousness, to rise above your smallness, purify yourself of negative conditioning, and become an exemplar of humanity’s highest potential for the world. Imagine, in other words, that for you, waking up from ignorance and self-centeredness became a moral issue.

Would you approach your path any differently? Would the energy you brought to your spiritual practice intensify? Would the quality of awareness and care with which you approached your interactions with others become more profound? Would you find yourself reaching with muscles you didn’t even know you had to be awake to the true context of your life? If you knew it all rested on you, would you have any choice but to change?

But the painful truth is that even when we recognize that we are drowning spiritually, most of us don’t care enough to struggle to keep our head above water.

The Indian sage Ramana Maharshi once said that the spiritual aspirant must want liberation like a drowning man wants air. But the painful truth is that even when we recognize that we are drowning spiritually, most of us don’t care enough to struggle to keep our head above water. The challenges of the spiritual path are so immense that most of us will choose to continue suffering in our smallness over feeling the pain of allowing that smallness to die forever. But how many of us would do the same if we realized that it wasn’t only our own suffering we were perpetuating, but the suffering of the entire human race?

Now, you may be thinking to yourself, “That’s a nice thought experiment. Sure, it makes me realize I could be more earnest on my path, but what does it really have to do with me? I’m no megalomaniac. I know that my transformation alone isn’t enough to liberate the human race.”

And it is here that I would ask you to reconsider. 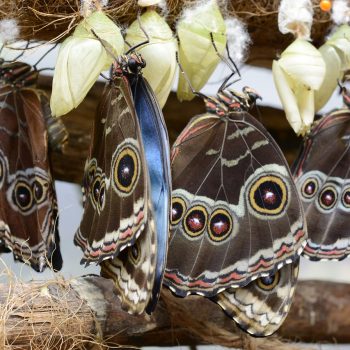 Modern science has in recent decades been verifying what the ancient traditions intuited long ago: that, in both tangible and mysterious ways, we are all interconnected, and any one of us can have a profound effect on the whole. And, if you accept the perennial mystical teaching that, at the level of consciousness, we are not only interconnected, but are actually one Self seeing through many eyes, then it should be clear that, like it or not, in the way we conduct our inner and outer lives, each of us is in fact always having an effect on the whole. Add to that the reality that we are evolving beings living in an evolving universe, that we are all part of a grand, cosmic evolutionary process, and the question of our obligation to the whole starts to cut close to the bone.

To reframe my earlier question: What would you do if you realized that the entire human endeavor, the evolution of consciousness itself, depended on your willingness to evolve your own consciousness? How would it affect the choices you make every day if you knew that those choices were, in a very real sense, either contributing to the evolution of the whole or holding it back? At this time when it seems that our very future depends on our willingness to evolve as a species, would you have any choice but to act in alignment with the greatest evolutionary good?

The point I’m trying to make is that when we take a closer look at what spiritual transformation is actually for, it quickly becomes clear that the path of transformation is not primarily about freeing ourselves from suffering and securing our own happiness. Sure, that’s a nice by-product. But, as long as that’s all we’re seeking, we probably won’t get very far.

When we begin to embrace the fact that our lives really are not our own to do with as we please, that in everything we do, we are in fact accountable to the Whole, something truly miraculous begins to happen.

Where the spiritual path really begins to get interesting is when we recognize that transforming ourselves in the deepest possible way is in fact an evolutionary imperative with profound consequences far beyond ourselves. When we begin to embrace the fact that our lives really are not our own to do with as we please, that in everything we do, we are in fact accountable to the Whole, something truly miraculous begins to happen. Faced with the palpable responsibility to transform for a greater good, we find that we suddenly have access to a seemingly infinite source of energy, intention, passion and courage to confront whatever challenges present themselves on our path. What’s more, all of the personal issues and problems, all of the fears and doubts and resistances that once seemed so insurmountable begin to seem a lot less significant. Why? Because our attention is now captivated by something much bigger than ourselves. Ignited by a noble calling to participate in the grand adventure of conscious evolution, we find we no longer have time to worry about ourselves. And in this freedom from self-concern, before long we discover that the deep inner peace and joy we were seeking all along has become the very ground we are walking on. 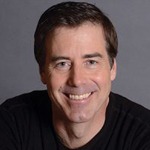 Craig Hamilton is a pioneer in the emerging field of evolutionary spirituality and a leading voice in the movement for conscious evolution. As the guiding force behind Integral Enlightenment, Craig offers spiritual guidance and teachings to a growing international community spanning 85 countries around the world. His online courses are designed to support people who are committed to evolving themselves and our culture, yearn to make their greatest contribution, and seek to develop themselves to embrace this calling. He is considered by many to be a “teacher of teachers” and counts several of today’s leading spiritual luminaries among his students. This essay first appeared on Integral Enlightenment.