Stay connected. Receive monthly updates and news from A Network for Grateful Living.

This month’s Grateful News focuses on diversity in the US Justice system, some unexpected beauty of shoe shine workers, medical and conservation promise, and help for refugees. 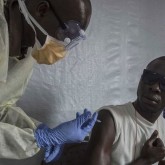 A vaccine against the deadly Ebola virus has led to 100% protection and could transform the way Ebola is tackled, preliminary results suggest. Marie-Paule Kieny,  an assistant director general at the WHO said, “It is certainly promising. We have seen that where rings have been vaccinated, the transmission has stopped.
» Full Story 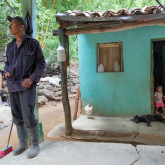 In Honduras, a wellspring of new tools to tackle drought 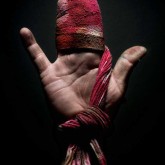 Find unexpected beauty in the hands of shoe shiners who describe their work. Photographer Christopher Griffith tried to use “the texture of the skin, the crevices and the lines” to convey a sense of physical and personal history in the photos of these workers.  » See and Hear This Story 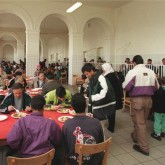 Why Austrians are opening their homes to refugees

In the midst of an asylum housing crisis in Austria, a new initiative invites refugees to stay in people’s spare rooms. Founded in Germany nine months ago, Refugees Welcome was introduced in Austria this year, and says it seeks to improve living conditions for asylum seekers and refugees.  » Full Story A brother and sister in the Philippines invented a lamp that runs entirely on metal and salt water.

According to Raphael and Aisa Mijeno, unlike kerosene lanterns, the salt water lamps are not a fire hazard and can safely be set up inside the home.The lanterns are also versatile. People living in inland villages can use homemade saline solution to power the lamps. Those in coastal communities can simply use ocean water. » Full Story