War Childhood: The Paradox of Gratitude

During the 2015-2016 school year, I had the immense privilege of living in Sarajevo, Bosnia-Herzegovina, where I taught at a university and assisted with various community development projects. One of these projects–one that would ultimately define my entire experience abroad–was the War Childhood Museum.

Very few people talk directly about the war, but it lingers in the air, present in almost every conversation.

Between 1992-1995, Bosnia was decimated by a brutal war. The capital, Sarajevo, remained under siege for over three years–the longest siege in European history since the end of World War II. Over twenty years later, the signs of the war are still everywhere–in the flailing economy and paralyzed politics, the bullet holes in older buildings, the schools divided in half in order to continuously segregate students. At the same time, life in the city carries on raucously, noisily–young people cluster around tables at sidewalk cafes, the shops bustle with people, clubs advertise their late-night bands. Very few people talk directly about the war, but it lingers in the air, present in almost every conversation. I lost count of how many times my friends, eager to share an aspect of their personal lives or cultures with me, made distinctions between “before” and “after”–never needing to explain what these terms meant. 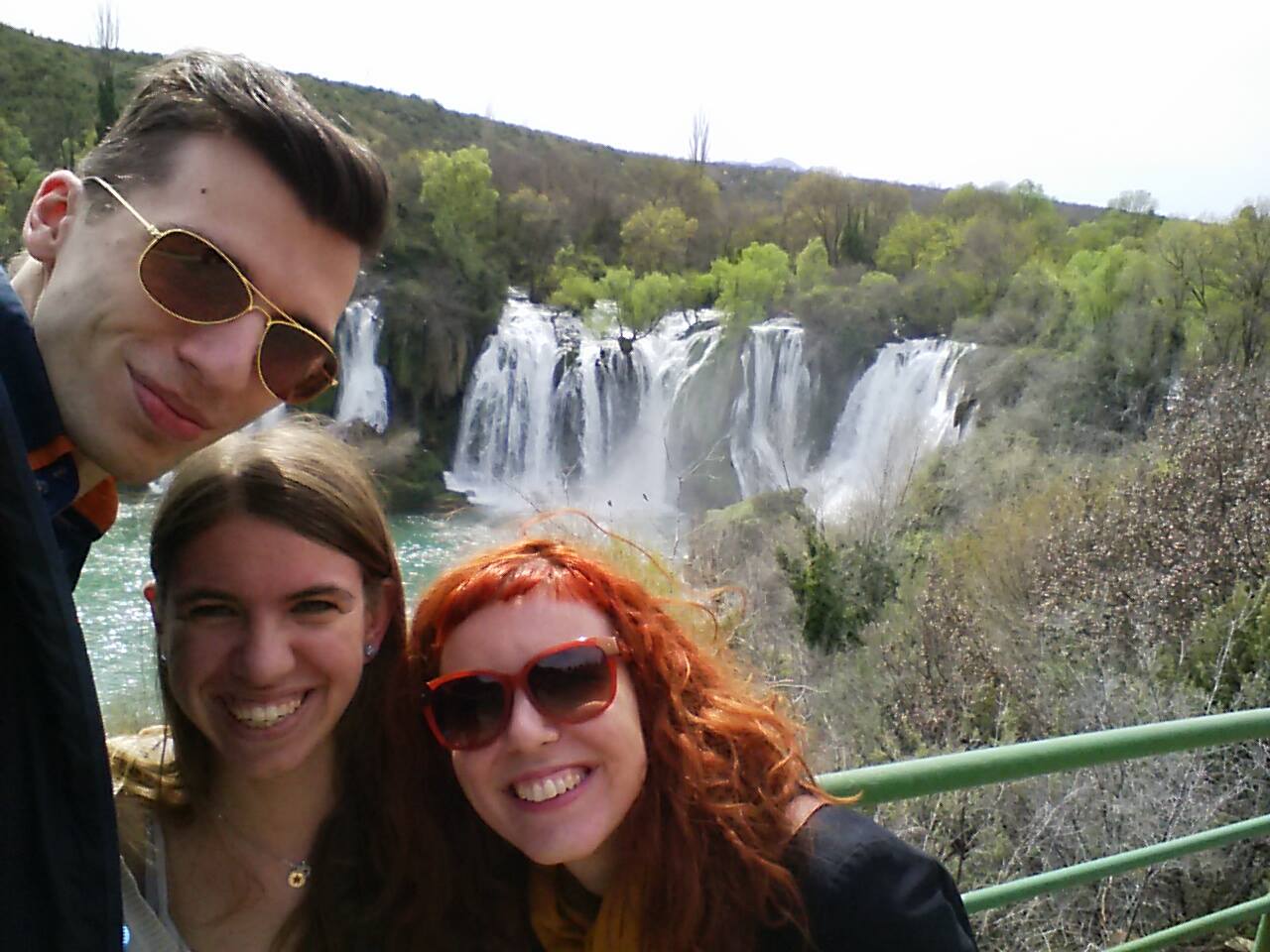 From L to R. War Childhood project founder, Jasminko Halilovic, the author, and Head of Research, Selma Tanovic at the Kravice Waterfalls in Herzegovina

In 2010, a young Sarajevan named Jasminko Halilovic realized that whenever he was at parties with his friends, the topic of conversation would inevitably return to what it was like to grow up during the war. Since Jasminko was a “war child” himself–the war started when he was four and ended when he was seven–he was curious about what members of his own generation had experienced. He used an online platform to crowd-source answers to the question: “What was a war childhood like for you?” The answers were published in a beautiful book in 2013; around that time, Jasminko began exploring the idea of a War Childhood Museum, telling the story of the experiences of war children through objects. By 2015, he had established a research team and started taking oral histories. I joined the project team in early 2016, just as we were gearing up for our first temporary exhibition at the Historical Museum of Bosnia-Herzegovina.

The stories that I heard from “war children”…drastically changed the way I view the world, and the things I am grateful for.

My role in the project was minimal. I proofread the English translation of the book, helping with the museum setup, and mostly just stood there to greet the occasional foreign guest and laugh at the crazy situations we found ourselves in. Nevertheless, the stories that I heard from “war children”–both in the context of the project and in my friends’ and sometimes even random acquaintances’ stories once they heard about my work on the museum–drastically changed the way I view the world, and the things I am grateful for.

Before I moved to Bosnia, I was under the impression that stories of life during a war would be uniformly bleak, a relentless tide of unimaginable woes. While the children affected by the war in Bosnia, including my friends, certainly endured more than I can ever comprehend, many of them would nevertheless describe parts of their childhoods as happy. In fact, when analyzing the results of the first stage of the project, Jasminko realized that although words such as “fear” and “shelling” were used commonly by participants to describe their wartime childhoods, nearly 10% of respondents used words referring to “play,” and many other respondents used terms such as “hanging out,” “friendship,” and “love.” 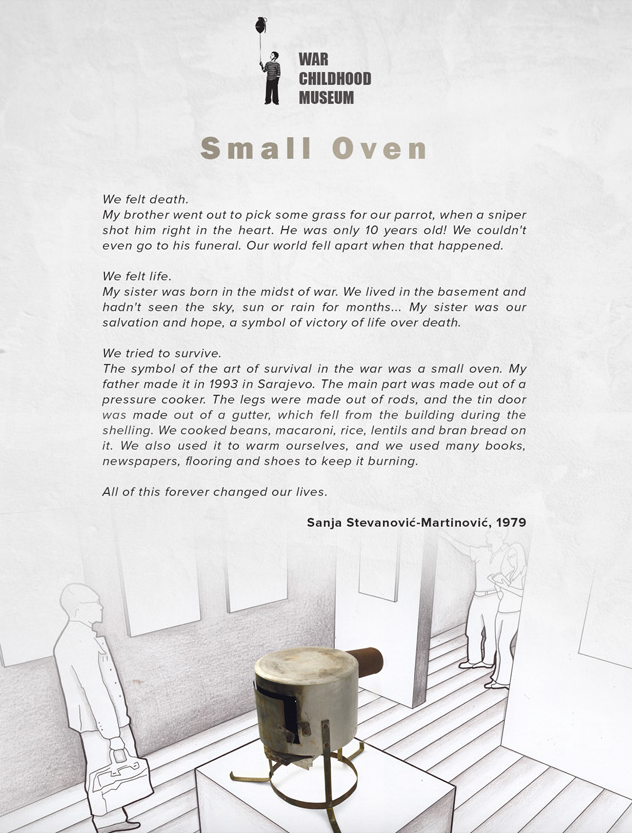 An exhibit from the War Childhood Museum

If I’ve learned anything from the War Childhood Museum, however, it’s the power of a good story to illuminate statistics–especially ones as startling as Jasminko’s calculations above. I remember early on in my time at Bosnia, I was at a family birthday party for my friend Amela. I was the only non-Bosnian there, and though my friends’ sisters translated intermittently for me, I found myself mostly nodding along to conversations, trying to understand with my pitiful Bosnian. At one point, my friend told a story that was apparently hilarious–tears of laughter rolled down her face. I was confused. The few words that I had caught: “war,” “sniper,” “hungry”–seemed anything but funny to me. Afterwards, my friend’s sister Larisa caught me up. The story was about a birthday cake that their mom had attempted to prepare with limited supplies in the middle of the siege–a valiant effort that had ultimately failed, catastrophically but hilariously. “It seems weird to say, but I think we were all closer back then,” Larisa added somberly.

Although the war was the worst thing that had happened in all of my friends’ lives, the stories they chose to tell–the strongest memories they had–were shockingly positive.

This was a remark I heard again and again throughout my time in Sarajevo. Although the war was the worst thing that had happened in all of my friends’ lives, the stories they chose to tell–the strongest memories they had–were shockingly positive. One of my good friends at my university, Adnan, was 12 when the war began. He told me that in some ways, he was happy that the war had happened. I remember looking at him incredulously. “I learned what it meant to be a man and take responsibility,” he explained. He also had learned English as he sat in the basement with his mother, an English teacher–a fact that I was immensely grateful for whenever we sat down for a coffee. It was only a few months later that I learned from a mutual friend that Adnan’s dad–who he had never mentioned–had been killed during the war. 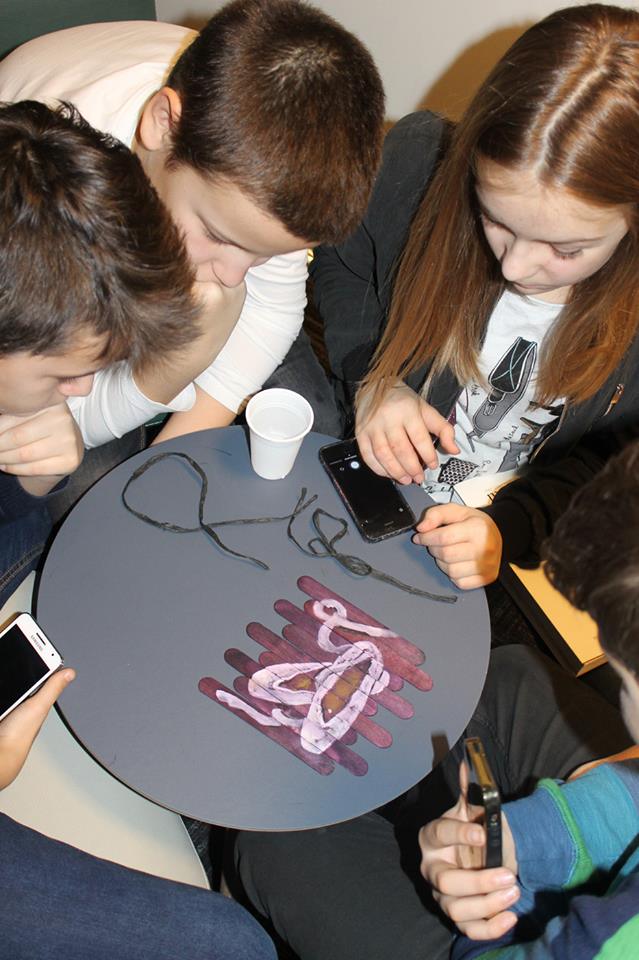 Children visiting the War Childhood Museum put together handmade wooden puzzles of an item from the exhibit. Photo: Facebook

When I read about the accounts of survivors of war or trauma, I’m often struck by the platitudes, the clichés. Too often, the stories go: the war was terrible, the peace was great, we live every day like it’s our last. The truth, at least in Bosnia, is infinitely more complicated. While my friends suffered terribly in the war, their childhoods were not uniformly bleak–they have told me the good memories along with the bad. And while most of them do feel immensely lucky to have survived the war, on a day-to-day basis, they worry about jobs, relationships, and racking up likes on Instagram–in short, the concerns of any young adult. And while all of my friends are happy that the war ended, many of them resent the way that the peace occurred, cementing a dysfunctional political system and leaving Bosnia without a viable future. For my friends–the children of war–nothing is black and white.

As a bystander to their trauma, my concerns are a little simpler. I’m grateful that I had an opportunity to live overseas, to experience another culture, and to be involved in a project like War Childhood. I’m grateful that the sniper who shot my best friend’s grandmother missed the little boy she was holding in her arms. And most of all, even though I sometimes asked silly questions and always lacked a true understanding of what their stories meant, I’m grateful for my friends who chose to share their wartime experiences–the good and the bad–with me.

A short documentary about the War Childhood Museum with English subtitles (24:23) 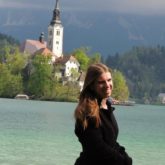 Lexi Hartley is a community educator currently living in Ithaca, New York. Previously, she served as a Fulbright English Teaching Assistant at the Faculty of Islamic Sciences at the University of Sarajevo in Bosnia-Herzegovina. Learn more about the Sarajevo War Childhood Project.