Walking Each Other Home

She took both of my hands and squeezed them firmly; looked into my eyes for a prolonged time; and placed one of her hands over my heart. 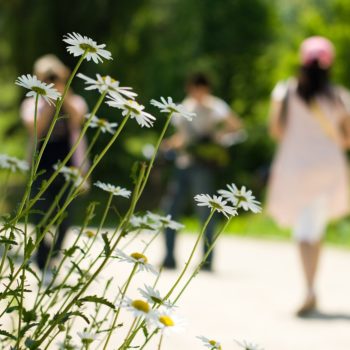 This morning when I went out for a walk, I was hopeful of crossing paths with some of my neighbors. I live alone and am in a difficult period in my life right now. Seeing someone to whom I could wish good morning or with whom I might chat for a few minutes would feel so good to me.

Almost immediately, I saw one of my neighbors with whom I visit at times. Neither of us stopped to talk (her dog was pulling her along), but we exchanged pleasantries; and I felt uplifted by the encounter.

Not much farther along on my walk, I saw another neighbor. We are always friendly toward each other, and I look forward to seeing her and her little yorkie. We exchanged greetings and continued our separate ways, me with concern about the summer heat beginning to beat down on us this July morning in Texas.

My third and final encounter is still causing me to reflect and to do so with gratitude even as I sit at the computer at nine o’clock at night. As I continued walking, I saw a new neighbor: a slender, silver-haired woman dressed in the clothing of her native country of India. She is a recent immigrant with whom I have had only rare interactions from a distance. At those times, I have said “Hello,” and she has responded with a nod and a wave. 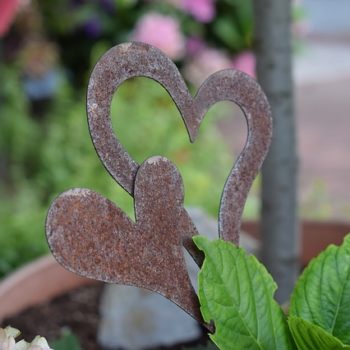 This morning we were walking in opposite directions and across the drive from each other. I said “Hello” to her; and she responded with a wave and “Hi.” Thereafter, we each continued on our walk in different directions until we encountered each other again.

This second time, I was walking on the same side of the drive, which caused us to meet face-to-face. When we got close to each other, I had the distinct impression that she wanted to hug me. I was taken aback and simply stood still. She took both of my hands and squeezed them firmly; looked into my eyes for a prolonged time; and placed one of her hands over my heart. Then, she said “Hap” like she was telling me to be happy. I cannot verify that was the case, because she was unable to speak English. When she said, “Hap,” I did not know what to do but said, “Yes, I am working on it.” She responded in her native language, which I could not understand. We stood there for a couple or three minutes looking into each other’s eyes and holding hands, then we released each other’s hands and resumed walking separately in opposite directions.

I felt something spiritual was at work.

I was still quizzing myself over what had happened a short time later when I saw her coming toward me. When we met, she grabbed my left hand as if not wanting to let me go and made it clear to me that she wanted to walk with me. She and I held onto each other for the rest of the morning walk. As we walked, she was speaking something that sounded like a prayer. Perhaps that was just my wishful thinking, but I felt something spiritual was at work. When we parted, once again, she placed a hand over my heart and nodded at me. All I could do was say, “Thank you” and wish her a nice day.

This morning’s walk and this woman’s kindness had to be guided by Spirit. My loneliness was lessened, and I suspect that the experience was heaven’s way of responding to my recent feeling that I needed to be mothered and my requests that I be given signs that the universe is supporting me. This woman doesn’t know me, and we were unable to communicate verbally due to the language barrier. Yet, she changed my day with her love and kindness.

EPILOGUE (But not the end!)

After our first walk, I encountered my Indian neighbor again and some of her family members. She greeted me with smiles, a hug, and a kiss on the cheek. Her great granddaughter reported to me that her great grandmother told her she had a friend and that she had wanted to talk to her (me) during our walk (I wanted that also!). If she wants to learn English, perhaps I can help. She asked what time I walk, so I believe we will meet again and have more adventures together. 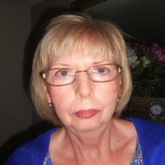 Dena Smith writes: I am a retiree from state government who intended to obtain a part time job. Instead, I pursued reiki, angel communications, learning to read Akashic Records, channeling spirit guides, and other spiritual and metaphysical interests. Those have been much more fun and rewarding! I love sharing spiritual experiences and encouraging and supporting others.