Many years ago, when I was employed by a small market radio station, our entire staff had gathered at the local shopping center on Christmas Eve to kick off a remote radio broadcast. It was part of a civic project we had planned for that day. We would broadcast from the shopping center for three hours and then ride through the city streets on a flat-bed truck singing Christmas carols with stops planned at the local hospital, a rest home and the county jail.

As we took to the air waves that afternoon, we extended an invitation to our radio audience to join us, advising them that Santa Claus was our special guest and he was looking forward to meeting and visiting with all the children in our community. Very soon, a steady stream of parents began arriving with their toddlers in tow. Some of the children were excited and eagerly approached Santa. Others were shy and a bit overwhelmed by this bigger-than-life figure in a red suit and black boots.

Throughout the afternoon, I witnessed him lovingly but firmly counseling many of the young parents, explaining that no child should be forced to sit on his lap. His compassion for the little ones worked like magic. 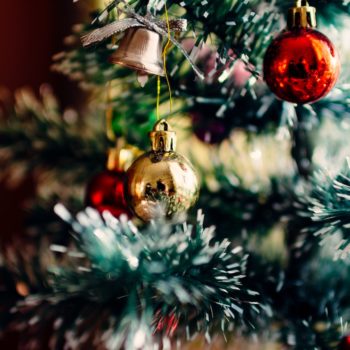 As I watched, I noticed that Santa’s eyes clouded with concern whenever a child showed fear. Throughout the afternoon, I witnessed him lovingly but firmly counseling many of the young parents, explaining that no child should be forced to sit on his lap. His compassion for the little ones worked like magic.  When given a choice, most youngsters forgot their fear and willingly approached him, accepting his invitation to crawl on to his welcoming knee. He listened to their Christmas wishes; he laughed and played with them, gifting us all with his charm. At the time, I thought what a difference it would make if we could all see the world through Santa’s eyes.

Late that afternoon, Santa joined us as we climbed aboard a flat-bed truck to embark on our caroling sojourn. Our first stop was the local hospital. The nursing staff greeted us warmly but advised us that most of the rooms were empty. Only the critically ill had not been released. We walked the halls singing Christmas carols, smiling and waving to the patients. Santa only entered a hospital room when the nurses indicated the patient was well enough for him to do so. It was apparent that our visit had raised the spirits of the nursing staff, and we hoped as we departed our visit had also raised the spirits of those who would remain hospitalized during the holiday season.

As Santa moved among the wheelchairs and tables, their wrinkled faces broke into smiles and their withered arms reached out for hugs.

With darkness setting in, we arrived at the local rest home. The elderly residents had just finished the evening meal and were assembled in a large dining area. As Santa moved among the wheelchairs and tables, their wrinkled faces broke into smiles and their withered arms reached out for hugs. They were not shy like the children at the shopping center but they were child-like, displaying a gracious vulnerability that only blossoms from the wisdom which age fosters.

As we prepared to depart, one of the female residents grabbed Santa’s hand, clutching it with all her might. It was apparent she did not want him to leave. He patiently stood there, offering no resistance. It was as if he knew she needed to reach out; she needed to know someone cared. Finally, another elderly resident intervened.  She stated matter-of-factly: “Santa, if you don’t pull your hand away, you’ll be here ‘til mornin’!”

Santa appeared relieved, thankful that he did not have to engage in a tug-of-war. As we said, “Good-bye,” I marveled at the power love and acceptance can bring.

This prompted the lady holding him captive to look up into his kind and compassionate eyes. I can still see her face softening as she acknowledged his loving gaze. She hesitated briefly, but finally loosened her grip. Santa appeared relieved, thankful he did not have to engage in a tug-of-war. As we said “Good-bye,” I marveled at the power that love and acceptance can bring. 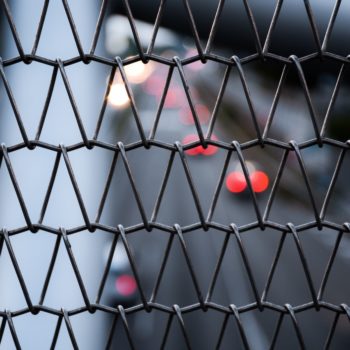 Our final stop was the county jail. None of us had ever been to a jail on Christmas Eve, and even wise old Saint Nick appeared to be having second thoughts. He was visibly nervous. As we entered the facility, I asked him if there was a problem. He replied, “Have you ever heard of Santa Claus visiting a jail on Christmas Eve?”

I thought for moment and had to admit that I had not.

“I doubt anyone here still believes in Santa Claus,” he said. “This is the biggest hoax I’ve ever attempted to pull off!”

He audibly sighed as the prison guard turned the key that would admit us to the cell block.

I didn’t know what to say, but in that moment, I felt tremendous compassion for him. I wondered how many times throughout the day he had struggled. How many times had he experienced second thoughts about how to handle a situation? I suddenly realized that filling Santa’s shoes, even for one day, was a challenging job.

He audibly sighed as the prison guard turned the key that would admit us to the cell block. I caught his eye and shot him a reassuring smile; we both took a deep breath. My co-workers and I began traversing the cat walk, singing Christmas carols with gusto. Santa hesitantly brought up the rear.

Sober and sometimes sorrowful faces greeted us, but when the inmates caught sight of Santa, their faces broke into smiles. They began to cheer, their arms reaching through the bars to pat him on the back or shake his hand as he distributed Christmas candy from his bag. Like a joyful toddler, one young man literally shouted out, “Santa, we knew you would come. We knew you wouldn’t forget us!”

As we left the cell block, tears of gratitude and relief were streaming down Santa’s face.

Emotions surged on both sides of the prison bars. Not even the hardened prison guard accompanying us could remain stoic. Santa’s visit seemed to mean so much to the men and women trapped behind physical bars, and most likely some emotional ones too. 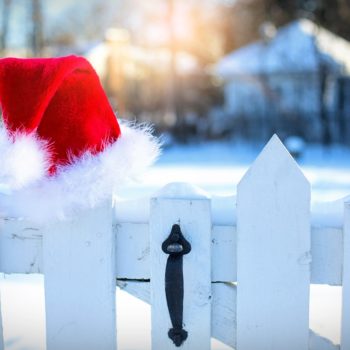 As we left the cell block, tears of gratitude and relief were streaming down Santa’s face. There had been many touching moments throughout the day, but that night in a county jail, just like in that stable long ago, love was truly born. It would be a night to remember.

None of us spoke as we left the jail. It was a holy silence which we all chose to honor. We piled our weary bodies back onto the flat-bed truck and headed for the shopping center parking lot to retrieve our cars.  It was very late; the streets of our little town were dark and practically void of traffic.

As we all walked, exhausted, across the deserted parking lot toward our vehicles, a lone mini-van sat waiting at the nearby stoplight. When the light turned green, the van sped into the parking lot pulling up right next to Santa. The side-door slid open to reveal two toddlers peering out at us in sheer wonderment. Their mom and dad were smiling with delight. They couldn’t believe it; was their family actually encountering Santa in the flesh late on Christmas Eve? One last time, Santa reached into his bag of Christmas candy and handed treats to the spellbound youngsters, promising to visit their home later that very night.

As the van departed, we all climbed into our cars and headed for home. I pulled into the driveway and turned off the car’s engine. I leaned over and lovingly kissed my husband’s cheek as he removed the bright red Santa hat and pulled off the long white beard. To this day, every year as Christmas rolls around, I remember that night long ago, I am grateful and I give thanks for the privilege of seeing the world through the generosity and the gentleness of Santa’s eyes. 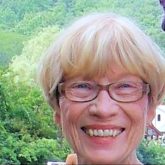 Carol Ann Conner is retired from a career in broadcasting and public relations and currently resides in Natchitoches, LA. She holds a B.A. in Speech from Northwestern State University in Natchitoches, LA and Master’s Degree in Pastoral Studies from Loyola University in New Orleans, LA. She devotes her time to presenting women’s retreats and Biblical storytelling programs, as well as writing short stories, poetry, plays and spiritual meditations.