This Matters Not at All. Or Else It’s Everything.

In the itty-bitty-est way, in my world, I’m turning a corner, stepping out, trying something new. One small step in the direction of inclusion—having an open mind—is possibly everything. 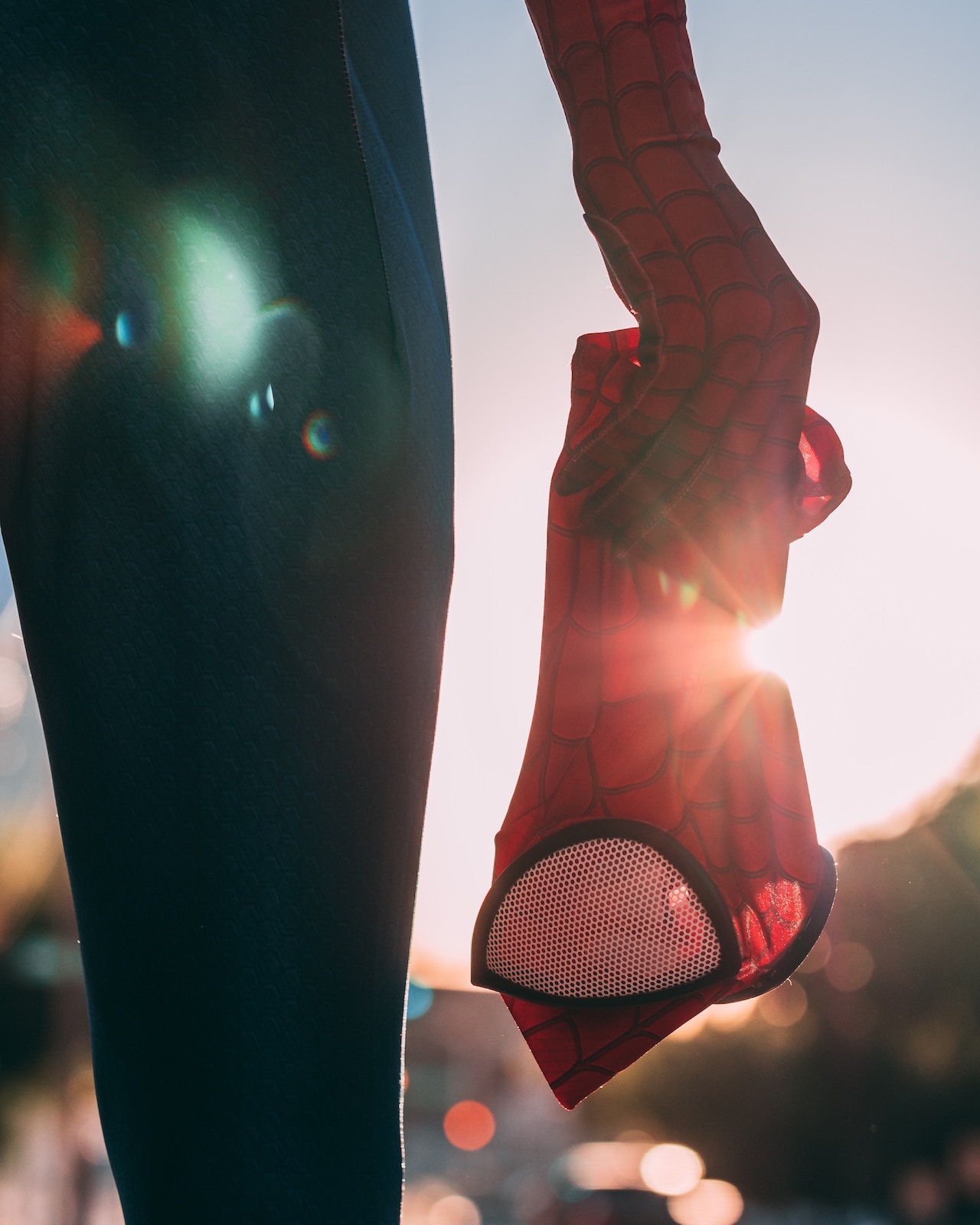 Do you experience secretly brave moments? Those small, daring steps you take that no one else would regard as colossal, but that for you, require a very deep breath as you step out of a super familiar box?

There was that time you added a belt to your outfit. Prior to that, you’d refused to accentuate your equator thinking: I have no waistline, why would I want to invite attention there? But one day, you noticed a woman with (in your humble opinion) no reason to celebrate her waistline, and she had draped hers with something colorful. You were amazed! She looked terrific!

This inspired you to reconsider your opinions about waistlines. You walked into your closet the next morning and retrieved the lovely chain belt hanging in the farthest corner. Buoyed by confidence, throwing all caution to the wind, you decorated the middle of you as if to say: Look here. This part of me is worthy and beautiful, too! For you, it was a liberating moment. A small act of bravery.

Last week you took a bite of food you swore you’d never eat. You took a courageous bite of okra, and it wasn’t intolerably slimy after all. And, on top of that, this week you tasted (quite timidly, but still…) shirred eggs baked in cream with soft yolks. Until now you’d only said yes to scrambled. See what I mean? Monumental to you, but not to plenty of other people.

I’m a fall color person, and I have (gasp) just traded my old car for a blue pearl Honda Civic. The cover of my poetry book is (double gasp) also blue. It’s dark blue at the bottom, graduating to a light-filled blue toward the top. For me, these are quite astounding moves on my part, given my hazel eyes and my preference for dark chocolate brown or deepest evergreen.

There’s no question that my “blue thing” is tiny brave. It’s the kind of moment where (I imagine) you’re saying, “What’s the big deal, blue is so ordinary, and I have a lot of it. I’ve been a fan of blue for years.” But for me, Ms. Autumn Leaves herself, I’m having a full-on inner hero experience for welcoming blue more personally rather than keeping it at arm’s length.

Are these small moments insignificant? I think not.

In the itty-bitty-est way, in my world, I’m turning a corner, stepping out, trying something new. One small step in the direction of inclusion—having an open mind—is possibly everything. Perhaps small steps by individuals influence our world more than we think. Maybe our changes on a small scale help balance the larger scale in the world.

Do small acts of bravery inspire larger ones? I believe they do.

Bravery comes up quite often in consulting sessions with individuals and couples. Typically, we start small and work our way up.

In a couple’s third session just the other day, opening to new points of view arose front and center. The couple had practiced small acts of bravery in previous sessions, and they were ready for bigger bravery. Both the man and woman had breakthroughs in this session, but in the interest of brevity, I’ll only share hers.

After listening to the woman’s story and hearing what was upsetting her, I made a suggestion. At first she recoiled. She refused to consider that her current point of view was one possibility among many available to her.

So, we explored. We poked around in her sense of understanding about their relationship. We considered questions such as: What else could it be? What other ways could a person interpret this situation? Could it be that there’s more to the story? And, if so, what might that be? She opened up. Considered. Re-thought a well-practiced reaction to her husband. She willingly examined her present decisions about him and her conclusions.

PATTERNS OF THINKING SHE WANTED HELP WITH.

He’s not talking to me when I want him to, and therefore he doesn’t love me. Why are we together? What’s the point of this relationship if we can’t even talk about what I want to talk about?

He did this _____. Which was totally inconsiderate of him. If he loved me, he wouldn’t treat me that way, use those words, or do that. It’s clear he doesn’t love me, so why should I care about him? His actions (ignoring, not talking to me) feel like punishment. I’m going to punish him back.

He embarrasses (or frustrates, angers, annoys) me in this way _____. He should do _____instead. He refuses to take my suggestions, though. Because he’s not changing his ways, he doesn’t care about me. He doesn’t love me. Which hurts too much. I’m shutting down and it’s his fault.

Do you think those are pretty important patterns of thinking to have awareness of when it comes to having a nurturing, satisfying, evolving love relationship?

If you nodded yes, I’d certainly agree with you. 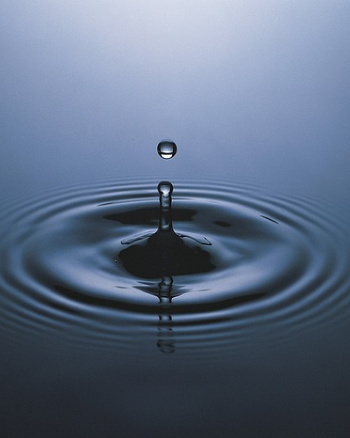 She slowed her thoughts, and took time to breathe and sit with her situation. She, at first cautiously, considered the idea that her husband might not be doing what she thought he was doing. She considered that there might be other ways of interpreting his actions, other than her ways. As she contemplated all of this, she was willing to admit that if her observations of his actions weren’t fully accurate, her conclusions couldn’t be accurate either.

At one point, she realized that he might not be wrong. Which caused her to reach for the Kleenex. And then her realization caused her to question other aspects of her thinking, opening to the idea that maybe he wasn’t against her after all. (At least a two Kleenex moment.)

Her heart opened. She softened. She became more receptive.

She also realized how different her husband—naturally—was from her; that he—naturally—had different priorities, different motivations. That he would—naturally—prefer to talk to her, actually.

Oh, forget one or two tissues. We’re now up to Kleenex by the handfuls.

Further, maybe he supports and loves her, and there are many ways he expresses that each and every day — and she doesn’t notice them.

Essentially, she discovered that what she had thought was happening between them wasn’t the whole story. There was much more going on than she had imagined. Most importantly, she was missing out on the good parts of their story by putting the better part of her attention on what was lacking or wrong.

Will there be a positive ripple effect in her world because of her revelations about where she had been placing her attention? Does this brave change of hers matter not at all? Or is it everything?

So far, it’s heading toward “everything.” The healing energy of a personal revelation, which begins with the courage to open up to new ways of seeing and being, flows outward. Sometimes it’s a wave of calm. At other times it’s graciousness, love, or compassion.

At the end of the session, this couple’s wave was one of intimacy and understanding. They held hands, kept the Kleenex close, and looked forward to what else they could discover about their love in the coming days.

One thing I know for sure: The ripple effect of her inner shift, whatever that will eventually be, will offer clear evidence that the foundation for world peace, love, and understanding begins in our own home with small acts of bravery. 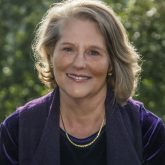 Terri Crosby is a relationship coach, writer, and speaker with a private consulting practice for individuals and couples. She believes that improving how we relate to others starts (and stays) with ourselves, and that it takes one person to change a relationship. Find out more about her work and blog at InCareofRelationships.com. Terri is currently writing a book especially for women who have been married multiple times which will be published later this year.