I relish a defiant celebration of what is meant by the pejorative, she’s really let herself go. Yes, I have! And it’s fantastic!

In October, my husband and I drove from Seattle to Glacier National Park in Montana, through and into the kind of scenery my uncle John refers to as god’s country. Autumn fields yawned toward the horizon; aspen shimmered gold in the evening light. In the distance, mountains deepened into simple shapes, like a child’s drawing, and I found myself humming America the Beautiful. The opening verse, the only one I know, was remarkably apt: spacious skies, purple mountains, and now and again, a fruited plain. 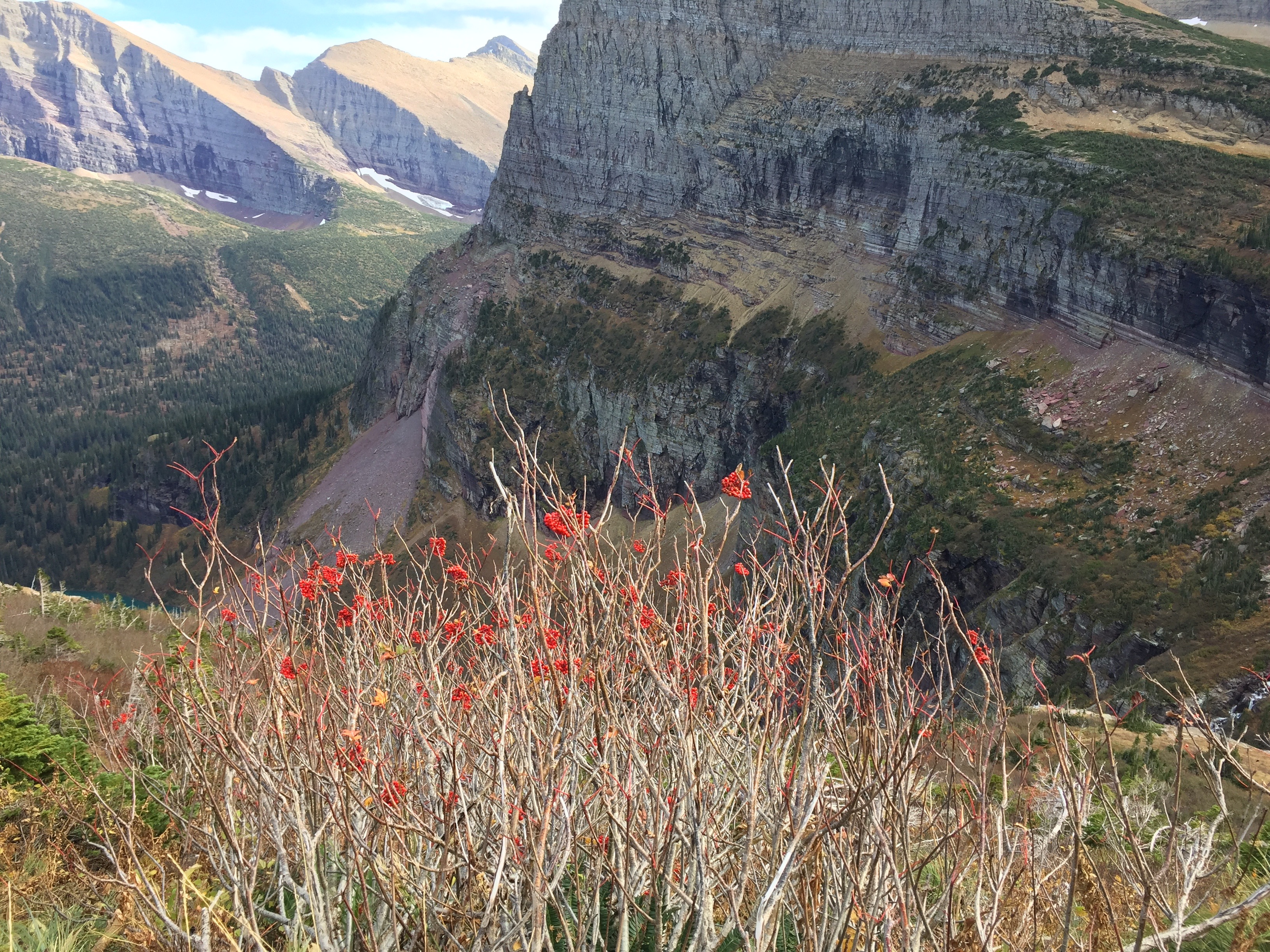 All photos by Julie Quiring

I was raised by back-to-the-land nature enthusiasts, and no matter how much I enjoy cashmere sweaters and a big-ass TV, or how many decades it’s been since I used an outhouse on a daily basis, an intrepid homesteader is central to my identity, a backwoods twist on the kind of woman singer Maria Muldaur praised for her ability to “make a dress out of a feedbag and a man outta you.” So when we learned our destination campground had reverted to primitive status for the winter, meaning no running water and one vault toilet, it is hard to overstate my joy.

After a long drive, we are greeted by fragrant pine, rushing water and the sharp clarity of altitude. Facing mountains stand like bookends — one in shadow, one bathed in evening light. I draw a deep breath, to reach every cell. It smells like childhood backpacking in the high Sierra – late summer in Tuolumne Meadows, or the time we climbed Mount Lyell, our five mummy bags lined up under the stars like a row of larvae. Like we might wake up different. 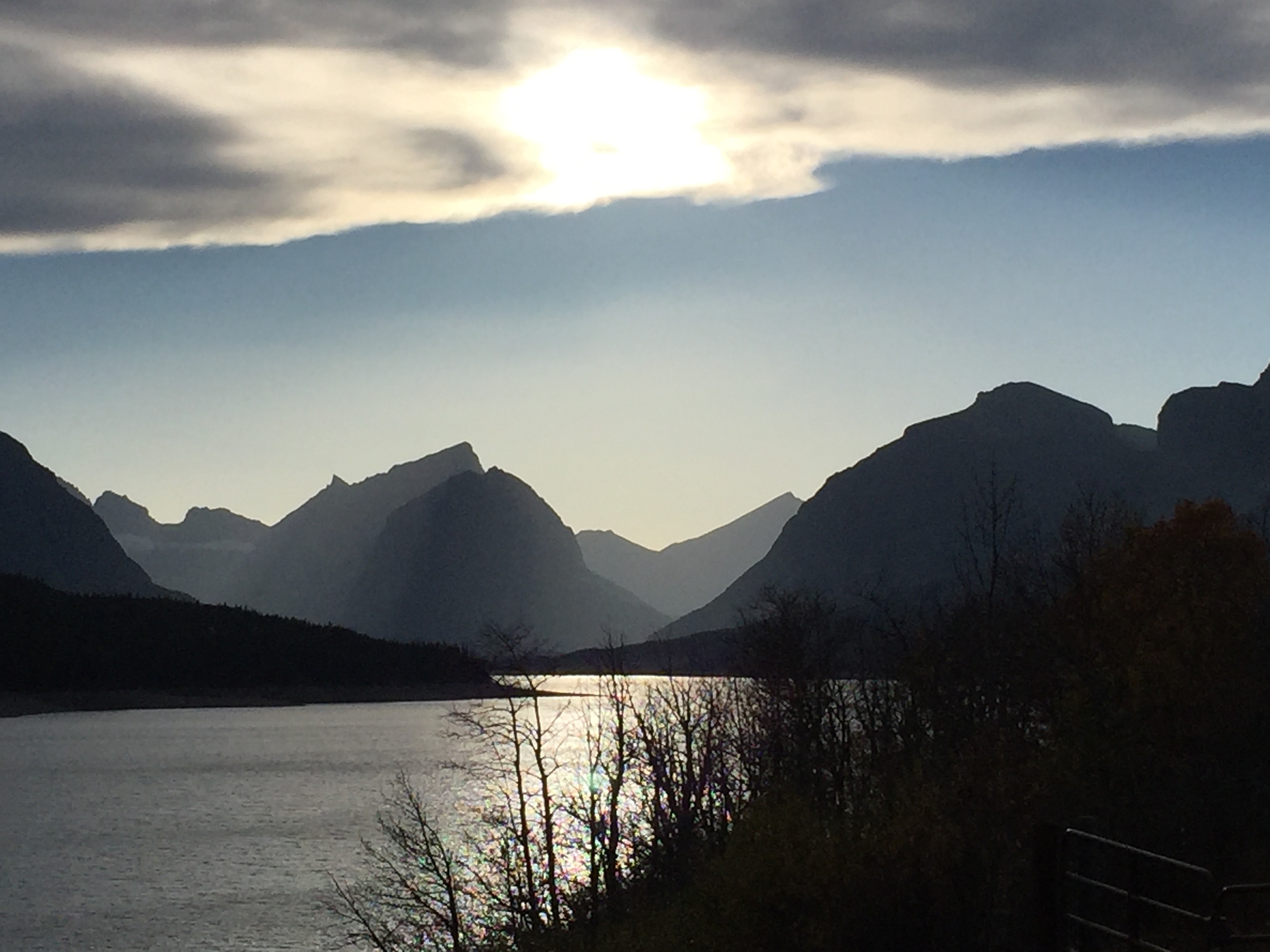 Large notices stress the importance of stringent precautions for grizzly and black bears: we aren’t supposed to dump out so much as a cup of weak tea. Naturally, this only makes me puff up more. Not only can we not flush a toilet or take a shower, we might be mauled.

It’s not just petty machismo or childhood nostalgia, I relish a defiant celebration of what is meant by the pejorative, she’s really let herself go. Yes, I have! And it’s fantastic! After I make the fire, I wipe my sooty hands on my pants, and I often sit on the ground. I like to feel the earth beneath me without mediation. I like the absence of mirrors.

And I think, this is how I want to be. Still. Alert. Giving full attention to what’s in front of me. I decide to watch it all day, as a meditative practice.

At a nearby lake, a huge moose grazes in the shallows. Antlers rise from his horse-shaped head like giant fungi. I try to think of synonyms for majestic. I try to imagine a thousand pounds of instinct, free of human desire.

The next morning, we take turns watching a mountain goat make its way along the cliff, passing the binoculars back and forth. It eats for a bit, meanders, eats some more. And I think, this is how I want to be. Still. Alert. Giving full attention to what’s in front of me. I decide to watch it all day, as a meditative practice. I last 15 minutes. 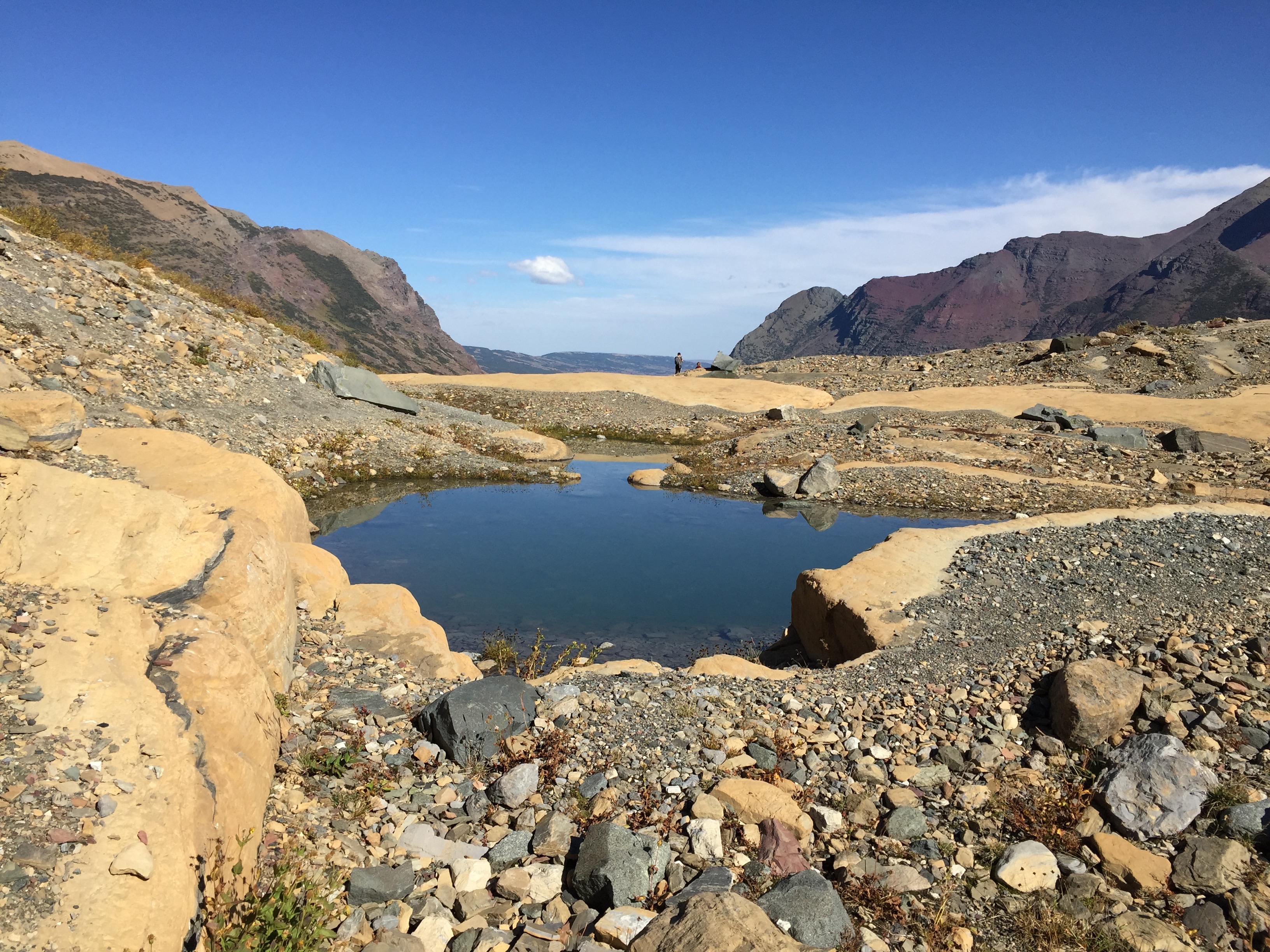 We hike through time and the forces of nature made visible: mountains sheared in half, old rocks forced over younger ones, water falling and pooling, falling and pooling; always finding a way. Abstract shapes of blue-tinged ice jut from the surface of a glacial lake. Nothing about this is human scale.

I once read a book that advised distressed parents to imagine a stranger reading their diary two thousand years hence. For example, page four might read, “I found out Laura lied to me about going to the movies. She really went to Kyle’s house and drank beer!” I tried the technique, and found it calming. Imagining the passage of time and the number of lives come and gone in the intervening years placed my situation in a larger context, and the tension in my stomach, so constant in those years, softened.

That’s how I feel now. Resting among mountains formed over a hundred million years ago, habitual thoughts — why are these never the constructive ones? — fall away, and my worries, grief, and myriad shortcomings become communal, shared by all who have gone before and those who will come after. The effect is a little like having nitrous oxide at the dentist, minus the drooling — relaxed and accepting of whatever happens, including pain. It’s peaceful, and the view is spectacular. With relief, I let myself go. 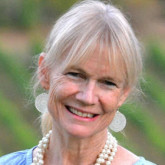