Lessons From An Accident

For the last forty years, I have been a somewhat compulsive caregiver. However, I found an appropriate niche in medical school, and have happily practiced medicine for the last twenty-five years. For the last year, however, I have been on the opposite side of the caregiver/caretaker divide. For eleven months, I have been totally dependent on others for everything: for brushing teeth, being fed, helping me in and out of the chair. What I initially thought was that compassion ought to be aligned with warmth and empathy. Now I feel that it must be aligned with wisdom. 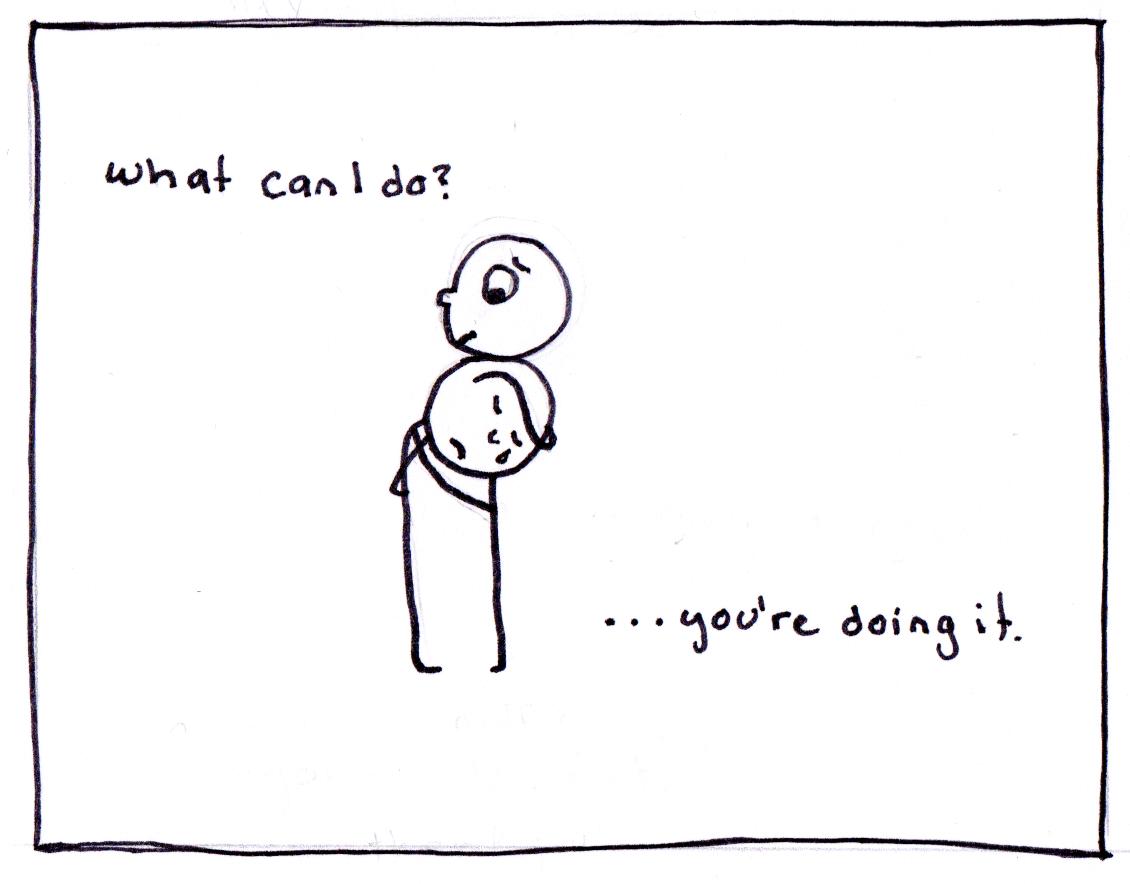 Compassion comes from the Latin word pati, which means to suffer. So compassion means to be fully present with pain and suffering. When I say that compassion ought to be aligned with wisdom what do I mean? What I mean is that when I am served by other people who are driven by their own standards of excellence, and not by the demands of my ‘whiny self’, then I am best served by them. I have learned that the most compassionate behavior is that which appropriately encourages my independence from either depressive states of mind or dependence on another being. The least compassionate behavior, conversely, is that which enslaves me, making me dependent on the person performing the behavior.

When I first woke after two months of being unconscious, my motto was: Just do it now.

Lying on my back, I realized that I needed to clean up my own act. I knew there was a way that I had not gone through ‘the eye of the needle’ that we can only go through with 100% committed behavior. I had all the time in the world to finish my thoughts and so many of those thoughts were driven by, not so much regret, as understanding that I hadn’t completely shown up in life. Those few times that I had shown up had given me complete happiness. I also noticed that those who are dear to me were a great deal happier not to be seeing my back all the time—not to be competing with a pager or a cell phone. I was encouraging commitment because, for the first time, I had nothing to do but look at my life, love the sunshine and people as they presented themselves, and just be.

Waking up, I saw that I was completely held and embraced by the very Earth itself as well as by my wonderful family and community of support.

I hit my head in the accident, and strangely enough my old thought processes no longer engaged me that much, thank God. What the therapists might have called inattention or processing problems actually enabled me to be completely in the moment. For example, pain came and went, nausea came and went, constipation came and went, but for whatever blessed reason, they didn’t hold my attention for long. I spent a great deal of time enjoying the total pleasure of a shower, the way the water felt on my head or the sensation of someone’s nails as they were shampooing my hair. I spent little time thinking about the future, what I would do, what had happened to small me. Instead, I was totally fixated on my immediate environment. Waking up, I saw that I was completely held and embraced by the very Earth itself as well as by my wonderful family and community of support.

I realize now that my greatest happiness in life has been in my service to people, particularly the joy that comes from being totally present with my own and their suffering. My new emphasis in service is to remind myself of this motto, ‘Do it now, just do it now, and be more responsive.’ If you want to know how you are doing, just ask the people around you. They will be happy to tell you. Your job is to just listen and absorb it. Take it in. Really try to understand your impact on other people. If you want to know how you are doing at work, just ask your colleagues. Finally, if you want to know how you’re doing in the world, just ask the trees and wind, and watch the sun.

This article originally appeared on Awakin.org, a project of ServiceSpace, an all-volunteer-run organization that leverages technology to inspire generosity-driven social change. Illustration by Leah Pearlman of DharmaComics.com.