Gratitude – A Cure for Depression?

This Is No Fun

Depression is no fun… none at all, I hated it. Obsession isn’t any fun either… all that relentless going over what happened, who said what, who did what, and how unfair it all was.

After a major life crisis I spent the next year, though it felt a whole lot longer, pretty much laying around on the couch bemoaning my life and feeling hopeless, pointless, angry, depressed, bitter and also quite a bit righteous. After all, I was the victim wasn’t I?

There’s A Train in My Brain 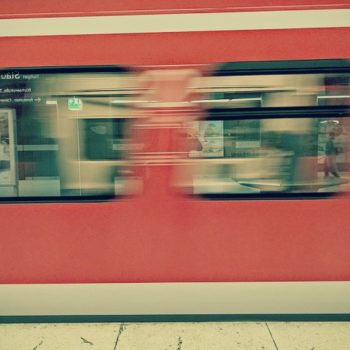 It felt like I had a train in my brain going around and around carrying a relentless pattern of sad, mad, thoughts. I could not turn those thoughts off, could hardly sleep, and found it hard to think about anything else. The train was full of pain and every time it went around I hurt.

When I looked into the future and imagined living with that train long term it made me feel like jumping off a tall building. Fortunately I didn’t even have the energy to climb to the top of one.

Eventually I got desperate enough to go out and look for a way to change things that did not involve tall buildings.

So That’s How My Brain Works

I happened upon a course that taught me about how my brain works, what neural pathways are, and how flexible and changeable the brain is. During the course I had a profoundly life changing epiphany:

“You find what you look for.”

Those six little words changed the way I live my life.

To backtrack a little: I best explain that even during the worst of my depression/obsession I had been very, very, familiar with gratitude as an concept – I loved it.

I had a gratitude journal (mostly empty) and two of my daughters, Georgia & Hailey, had popular online gratitude projects. Unbelievably, given my mental state, Hailey and I had even written a short comedy film script about gratitude. Still, my gratitude journal sat lonely by my bed while I waited, not very hopefully, for something good to happen, something worth being grateful for.

While the course was not really about gratitude, the science that was presented in the course opened my eyes as to why and how gratitude could work to alleviate depression and why it had not worked for me so far. I began to understand that it isn’t, as I had thought, being happy that makes us grateful; it is deciding to be grateful that makes us happy (Thanks for that wisdom Br David!).

I began to see that the intentional practice of gratitude, even when you don’t feel like it, has the power to change entrenched negative thinking and rewire the brain.

Very tentatively, and with some difficulty at first, I began to practice gratitude. In a surprisingly short period of time that relentless train in my head was mostly derailed and my depression faded off into the distance.

There are many reasons that gratitude worked for me, here are just a few: 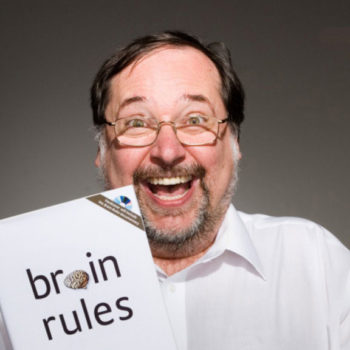 Gratitude practice forced me to start thinking about other people and the way they contributed to mylife. I had less time to wallow, gazing at my navel and more time to notice how many kindnesses I was regularly shown. I’d been so self focused that I just took them for granted and didn’t even notice them.

Dr John Medina, author of the NY Times Bestseller ‘Brain Rules’ spoke, during an interview film for our (still in production) documentary Goodness Gracious Me!, about how effective ‘other orientation’ is for getting out of depression.

I found gratitude practice reduced my stress levels almost immediately. There is so much science backing this up – research shows that gratitude practice reduces the stress hormone cortisol and dramatically increases the feel good hormone DHEA. There is nothing like an all natural ‘happy chemical’ cocktail to make you feel better. You might enjoy this page on the Science behind gratitude.

It turned out I did have a train in my brain going around and around on tracks I had laid for it: neural pathways! These little guys are the highways for information travelling through our nervous system and they are built by our own thoughts. It works, very simplistically put, like this: Thoughts create neural pathways and the more thoughts on a subject the stronger that neural pathway becomes. Our brains have to automate most of our thinking just to get through the day so the strongest neural pathways are the default thinking. My nasty, sad, self pitying and angry thoughts had created a super highway and it was no wonder I couldn’t think about much else.

As I began to deliberately think grateful, thankful, good thoughts the more my brain began to think positively and the less traction the old super highway depression pathway had. In time I found it more natural to default to a positive take on things that happened. 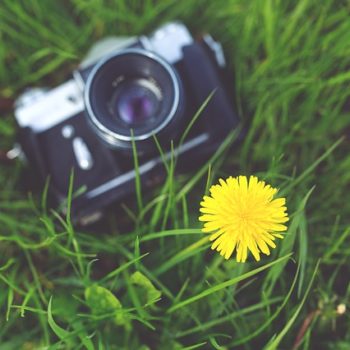 When I said I had had an epiphany around the six little words “You find what you look for.” I meant it.

It is hard to be depressed when there is so much good around. Previously my brain was wired to scan for bad, and it was exceptionally good at finding it.

Named My Own Game

Once I understood how my own thoughts could play a part in depression I realised that I was often making the choice to replay certain things for a variety of self-serving reasons.

Firstly I had developed a victim mentality – starring in a victim role comes easily to me and I have learned to become more aware of it, avoiding it as often as possible. Bad stuff happens to everyone and it is my choice if I let myself play the victim.

Gratitude teaches me that I am not a victim but the undeserving recipient of so much beauty and grace.

Gratitude is an instantly rewarding practice that gave me positive emotions that transitioned me to a place where I was stronger emotionally and able to be a little more self controlled.

Another game I was playing was the sympathy game – if you are depressed people treat you kindly and give you sympathy – yay! Gratitude is teaching me to give empathy to others and stop making myself the centre of my own, and everyone else’s, attention. I also began to glimpse how draining on everyone my misery was – not a pretty sight.

I also secretly enjoyed knowing that I did not have to be strong and self controlled if I was rolling in my own misery. Everyone understands that when you are miserable it’s hard to be strong and so there is tolerance for much self indulgent behaviour. Gratitude is an instantly rewarding practice that gave me positive emotions that transitioned me to a place where I was stronger emotionally and able to be a little more self controlled.

My own experience tells me that gratitude is a powerful antidote to depression, many people I talk to feel the same way. 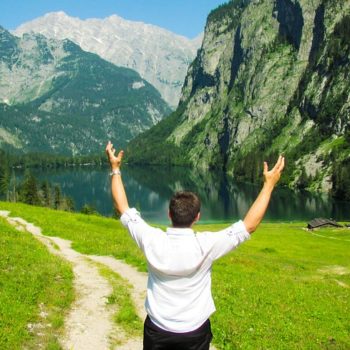 Feeling grateful brings emotions of awe, wonder, happiness and joy, to name a few, and those emotions shove depression aside.

As I have researched the subject of gratitude I have come across loads of scientific studies that back up my own experience regarding depression. I have looked a little at depression research too and more and more there is an understanding that our own thoughts have a huge role in this affliction.

Certainly the widespread acceptance that depression is just a chemical imbalance or a random disease is under review among many scientists and psychologists at the moment.

Which brings me to my other depression killing tip: Random acts of kindness – if all else fails for me, and I find myself getting a little down, I just go out and do secret acts of kindness for strangers and friends. Works every time. 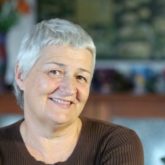 Toni Powell is a recovering worrywart, author, storyteller and award-winning filmmaker. She spends most of her time teaching people about the life-changing power of gratitude through very funny workplace seminars, professional development for teachers, public How To Have a Happy Life workshops and videos like the surprising, hilarious and helpful video, The Yellow Car.

The rest of her time is taken up with trying to remember where she put her glasses or keys, avoiding sharks while swimming at the beach and keeping track of her 9 grandchildren.