The Gift of Presence

The most precious gift we can offer others is our presence. ~ Thich Nhat Hanh

When my mother was rushed to the emergency room, three strangers appeared – unguarded and fully awake – impacting the way each moment unfolded. 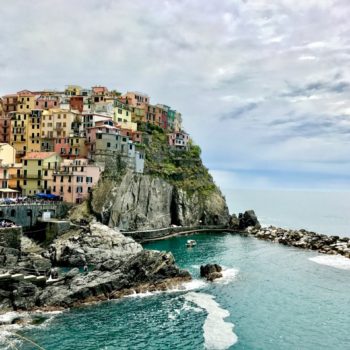 Photo of Italy by Carlos Santiago on Unsplash

The first was a young cardiologist. As he spoke to my mother, prying details about her chest pain, I looked at his youthful face. Sincere and somewhat shy, he put my mother at ease. He studied a graph depicting the movement of my mother’s heart. Looking up, he adjusted his glasses and announced my mother would be transferred to the cardiology unit for an immediate procedure. Before leaving the tiny room now overrun with emergency staff, the cardiologist placed his hand on my shoulder and smiled for the first time since we met. “We will speak again after the procedure,” he reassured.

The second was a young nurse. Taking my mother’s aching arm, he drew blood and spoke to her about his love for her homeland: Italy. In between drawing blood and dispensing morphine for the pain, he managed to make her laugh. As my mother was transferred to cardiology, he made sure I was not lost among the throng of staff pushing her bed through long, windy hallways.

He could meet another person’s pain head on.

The third was the senior cardiologist charged with performing the procedure. Dressed in scrubs, the cardiologist, older than the first, took my hand and introduced himself. While his staff transferred my mother to the operating room table, he spoke unhurriedly, offering his full attention. With the patience of a Buddhist monk, he explained the procedure, reassuring me he had performed it many times. Before disappearing into a sea of nursing staff, he placed his hand on my arm and smiled. The perfume of his aftershave lingered on my jacket hours later, as he held my mother’s heart in his hands. 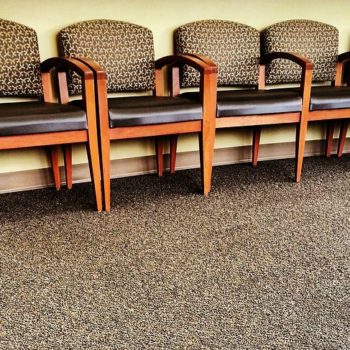 Despite the chaos of his department, the nurse stayed by my side before escorting me to a patient waiting room. As we veered through deserted corridors, he explained how his father had recently experienced a heart attack. His eyes met mine without fear. He could meet another person’s pain head on. We finally arrived at the waiting room where we parted ways; his absence lingered in the air long after the echoes of his footsteps vanished into the silence.

I sat in the waiting room, alone for the first time since arriving at the hospital five hours earlier. My heart heavy with worry, fell into the depths of sacred silence.

Several hours later, my mother emerged, groggy but awake, her heart beating to a new rhythm of life. After she fell asleep, I stepped into the cold night, grateful to have encountered such generous strangers. 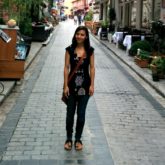 Toni is an editor and writer who loves to listen to people’s life stories. She has worked with international charities in Asia, the Middle East, and Australia.