A “Modern Elder” Muses on Gratitude in Silicon Valley

I said yes, but realized quite quickly that being an elder today – especially in Silicon Valley – is less about reverence and more about relevance.

One of the unexpected pleasures of getting older is learning to cultivate and harvest gratitude more readily. Maybe it’s the fact that we recognize that wanting what we have (gratitude) creates more happiness than having what we want (gratification). 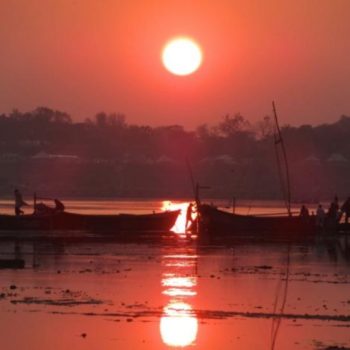 After two dozen years running my own boutique hotel company, Joie de Vivre Hospitality, I sold it at the bottom of the Great Recession in 2010 and didn’t know what was next for me. I did appreciate having space in my life to experience “collective effervescence” at religious pilgrimages from the Hindu Maha Kumbh Mela in India to the Sufi Mevlana Whirling Dervish Festival in Turkey commemorating Rumi’s death. In that spaciousness, I felt a lot of gratitude.

But in early 2013 I was approached by 31-year-old Airbnb cofounder and CEO Brian Chesky to help him and his small tech start-up “democratize hospitality.” Having read some of my earlier books, he also asked if I would be his in-house mentor while serving as the Head of Global Hospitality and Strategy. This opportunity sounded exciting, but – at 52 – I had never worked in a tech company and would be twice the age of the average employee. Grateful to be asked and curious about what it might be like to work in the land of the Millennials, I said yes, but realized quite quickly that being an elder today – especially in Silicon Valley – is less about reverence and more about relevance.

While some of my accumulated knowledge might serve as timeless wisdom, much of it wasn’t relevant to this new home-sharing world.

In my five and a half years working with people mostly two generations younger than me, I’ve come to realize that a Modern Elder is both a mentor and an intern. While some of my accumulated knowledge might serve as timeless wisdom, much of it wasn’t relevant to this new home-sharing world. So, I realized I needed to strategically edit my knowledge and evolve my identity and take a beginner’s-mind approach to how the oldest person in the room (often me) showed up at work. This led me to learning to intern publicly and mentor privately. As a result, I mentored over 100 employees in the company even though it wasn’t part of my job to do that. And I learned so much from being an intern as well.

So, what defines the Modern Elder?

Most Modern Elders I know are over the age of 50 – or at least a generation older than those around them – and exhibit wisdom in the following ways:

The more we have seen and experienced, the better we can handle problems as they come along in stride. Will Rogers wrote, “Good judgment comes from experience and a lot of that comes from bad judgment.” My skinned knee from the past can help prevent you from falling and skinning yours today. Modern Elders have a long-term perspective based upon the wisdom they’ve gathered over the years.

One of the chief assets gained by experience is a clearness of view; an intuitive insight. A Modern Elder can cut through the clutter quickly to find the core issue that needs attention, whether in a job interview or a strategic discussion. This phenomenal editing skill gives the elder a certain gravitas. And, because many elders have ceased to try and impress or prove themselves, there’s a certain unvarnished yet polished authenticity to the observations of a wise elder.

Wisdom isn’t just about what comes out of your mouth, but what you understand based upon listening from your ears and heart. When I was writing my book, [email protected], Brother David Steindl-Rast told me, “Yes, I would agree that the first task of an elder is to listen with genuine interest to younger people: how much we might be able to give them will depend on how well we have been listening.” As the old saying goes, “Knowledge speaks, but wisdom listens.” Modern Elders know happiness isn’t something to be pursued, but instead – through cultivating gratitude – it’s a way of being, not just the result of winning the lottery or making a few bucks on an IPO.

In middle age the brain has lost a step, so memory and speed declines. But the ability to connect the dots, to synthesize and get the gist of something, grows into late adulthood. Part of this crystallized intelligence is due to the fact that an older brain has the capacity to traverse from one side to the other more adeptly. And, because the elder brain more calmly manages emotions as it is less triggered by the amygdala, it can dispassionately recognize patterns more easily.

The older you are, the more you recognize your small place on the planet, but, the more you also want to put your lifetime of experience and perspective to work to positively impact future generations. Robert Bly said an elder is someone who knows when it’s time to give rather than to take, and often our giving is to those younger than us.

Maybe it has always been the case that wisdom flowed in both directions, not just from old to young, but from young to old as well. If that’s the case, I never got that memo as I thought the physics of wisdom was like gravity.

Maybe it has always been the case that wisdom flowed in both directions, not just from old to young, but from young to old as well. If that’s the case, I never got that memo as I thought the physics of wisdom was like gravity. I feel fortunate to have learned so much about technology and Millennial cultural habits and values in my time in the land of the young. But, one particular conversation highlights what I could offer my younger cohorts when it comes to gratitude.

I saw a young Middle Eastern coworker in the Airbnb dining room and she was nearly in tears. She’d had her semi-annual review with her boss and it hadn’t gone well (in her eyes) even though she’d received a satisfactory rating. She said to me, “I’m so tired of pursuing my boss’s approval. I’m so tired of being unappreciated. I came to this country to pursue happiness and I’m not feeling much.” I gave her a hug and said to her, “Pursuing and attaining are ways of being you learned in business school. They may serve you on the success treadmill, but they won’t buy you happiness. Practicing gratitude and attuning yourself to your own internal joy will service you the rest of your life. Trust me, it’s worked for me.” From that day forward whenever I saw her, I asked about her feeling of gratitude and joy and I’d always see a radiant smile erupt on her face. 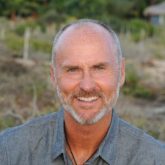 Chip Conley is a New York Times best-selling author and long-time hospitality executive who collaborated with the Millennial co-founders of Airbnb to create the world’s largest global hospitality brand. His latest book, [email protected]: The Making of a Modern Elder, was released in September 2018 and his Modern Elder Academy opens in Baja this fall.