A Handful of Nails and Heart Full of Love 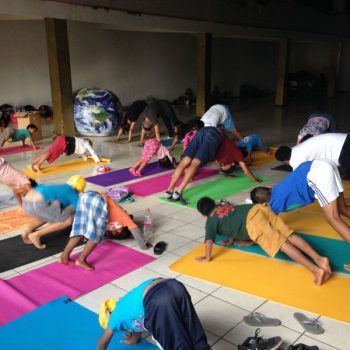 Many shared moments included yoga with the children.

Recently, I, along with my friends, Vishesh, Jane and Angela, had the opportunity to join our brother Pancho in Tijuana at a shelter serving a growing community of over 250 refugees, who continue to arrive from Central America to await asylum or have already been detained and released. Across our many shared moments there, including yoga with the children and cooking with the mothers, I was deeply moved by the love and resilience of the families we met despite the inhumane treatment they received from the U.S. immigration system and the trauma of all they have gone through leaving home.

All over the news these days, we find stories of the very real suffering and adversity facing immigrants and refugees, whether it’s family separations, deportations, or mass shootings. These stories keep us informed, but they often leave us drained, pointing us to the hatred, fear, and hopelessness of the world today. In the spirit of this past weekend’s ServiceSpace retreat theme “New Stories that Build Bridges,” I wanted to share a beautiful moment we experienced with the kids writing a new narrative about our collective capacity to love and serve one another as One Earth Family, a powerful reminder of the sacred nature of migration and our interconnectedness as human beings: 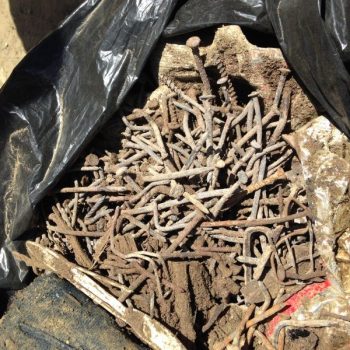 Rusty nails found in the dirt.

On one of the mornings when we were helping to move dirt and pick up trash on the dusty entry path to the shelter, a young boy noticed a rusted nail sticking out of the dirt. He told Pancho that we should pick it up so other children, many who do not wear shoes, do not accidentally step on it and get pierced as another boy had done earlier this year. His pure intention, the compassion he had for other children, shined from his being. Pancho thanked the boy and immediately followed his lead. As Pancho and the boy got down and started picking up the nail, they noticed many more beneath the dirt and so began pulling those out of the dirt as well. Soon, other children, some as young as 3 years old, along with Jane, Vishesh, and I, were curious and started gathering around the two of them to help. Pancho encouraged everyone to pick up these nails slowly, with mindfulness and care, to practice love (for self and others) and to love the practice itself.

…someone kindly offered to use a shovel to more quickly and efficiently scoop up the nails. With gentleness and wisdom, Pancho declined that offer. 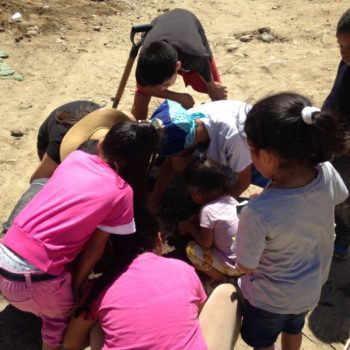 It turns out there was probably a whole bucket of nails that someone dropped on the path, buried over time, and so as we kept digging around, we kept discovering more and more nails. At one point, someone kindly offered to use a shovel to more quickly and efficiently scoop up the nails. With gentleness and wisdom, Pancho declined that offer. He responded that this collective effort, all of these children’s and volunteers’ hands coming together, is a labor of love and a spiritual lesson for all of us – to see that beyond all the places we come from on this planet, we can remove the “nails” buried in our own hearts to serve each other as one and transform the world around us in the process. ¡Sí se puede!

As both a participant and witness to the magic of that moment, I am still in awe when I reflect on the many lessons I learned from Pancho and the children, who continue to be our greatest teachers. I realize that the kindness of that boy who discovered that first nail sparked a movement of other children and volunteers serving with the same intention. That day, we pulled from the dirt road over 200 rusted, oxidized nails that could have pierced many more feet and caused much more pain. We picked them up humbly, with nothing but our bare hands and big smiles. In doing so, we served each other with the heart of offering, nurturing our own inner transformation and nourishing our beloved community as One Earth Family. 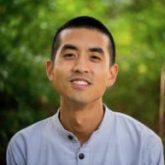 Tim believes in the promise of children and youth to realize a just, flourishing world. He lived in the Himalayan Kingdom of Bhutan for many years, organizing programs in education, well-being, and child rights. He enjoys volunteering and practicing generosity with ServiceSpace. This story was originally posted on servicespace.org.