A Crisis Reveals Life as a Gift

Time is a precious commodity and must not be squandered. The only way to value it is to make each day count. 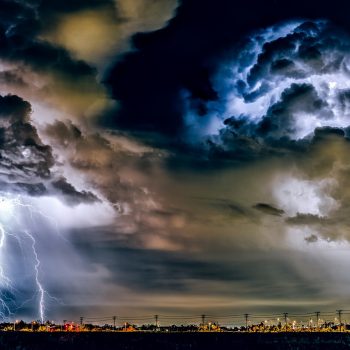 In January 2007, a perfect storm of three unrelated events hit our lives.

A month earlier, my wife Talyn and I had signed a contract with a buyer to sell our home in London, with handover in February 2007.

That same month we received a phone call from Talyn’s brother to say that their father, who was living in Switzerland, had suffered a stroke and was in a hospital. We flew out the next day, and we were there when he died a few days later.

On our return to London after the funeral, I went for an MRI scan on my colon, which the consultant told us was fine, but that the MRI had revealed a large bone tumor, the size of an eggplant, sitting on my pelvis. The consultant then introduced me to an oncologist an hour later in the same medical center.

Then he dropped the bombshell: “In 98% of bone tumor cases, the prospects are dim—perhaps six more months of life.”

The oncologist confirmed the finding, and he said that because bone tumors were invariably secondary cancers, this meant that the cancer would have spread around the whole body. Then he dropped the bombshell: “In 98% of bone tumor cases, the prospects are dim—perhaps six more months of life.” However, he said he would need to do various tests over the next few weeks to confirm his diagnosis. Talyn and I went home shell-shocked. 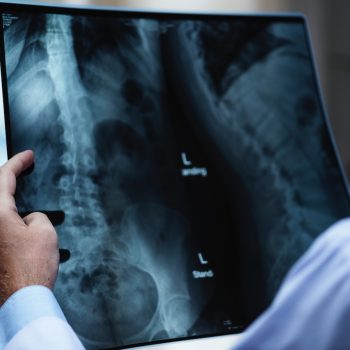 Over the next few weeks, while undergoing medical tests and waiting for the results, Talyn and I spent those three weeks finishing the frenetic packing in the home that we had sold and ensuring that all the boxes were properly marked to go to our new rental apartment or to a local storage warehouse. When we reflect on this time, we still wonder how we actually managed to do the work; it seemed as though we were in a hazy trance. We moved into our rental apartment in early February, and by the end of the month, we were just about settled.

In early March, when the full medical results were in, the oncologist informed us that he had some good news and some bad news. The good news was that the tumor was thankfully benign, meaning there was no presence of malignant cancer. I belonged to the lucky two percent club. The bad news was that because the tumor was so large, it had to be removed by surgery, and convalescence would take up to six months. To me this felt like my death sentence had been commuted to six months imprisonment. I jumped for joy and punched the air with my right fist.

This bone tumor that appeared in my body was not a curse; it was a gift.

In early April, the first operation was three hours long and required the surgeon to block the arteries to the tumor. The second operation, a week later, lasted five hours, in which he removed the tumor, in three separate pieces. Following the operation, I was in intensive care for the first two days, and the nights seemed as if I were in Dante’s Inferno, where I was half asleep, hearing others moaning and groaning all night in their pain. It was relative bliss to move to a private ward for the next five days. Unable to wash myself, I was grateful for the wonderful Zimbabwean nurse, who helped to wash me every day. It was so good to come home to my family and to the warmth and comfort of my own bed. 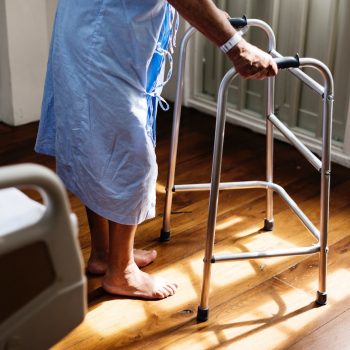 This bone tumor that appeared in my body was not a curse; it was a gift. It helped me to remove the superficial things in my life that I clung to for meaning, allowing me to see the things of value that I had never before noticed. In our preoccupation with what isn’t there, we miss what is here. Before this event, I would say to myself that I will be happy when I have this or that. Of course, as soon as I had them, I would become restless and unhappy because new desires would present themselves. The bone tumor helped me to recognize that there is only one way to live a rich life and that is to live in the present moment.

I used to think it was important what my friends thought of me and what I did. Today, I do not feel the same way. I do what I think and believe is the right thing for me to do. This is not about feelings but about thoughts. Naturally, I care about my friends, but what they think cannot alter, determine, or influence what I think, believe, and feel. In that way, I stay true to myself and can be false to no one.

A gentle walk in our local park and inhaling clean air from the trees. Engaging each encounter in my work day with a smile…

Lastly, I started practicing gratitude each day. Seeking the sunrise in the morning. The joy of water flowing over my body in the shower. Smelling the coffee in the morning. A gentle walk in our local park and inhaling clean air from the trees. Engaging each encounter in my work day with a smile. Slowly sipping a glass of red wine. The touch and smell of clean sheets in my bed. The heat of a radiator on a cold night. I learned to look for all the things I had previously taken for granted.

The perfect storm of 2007 was the wake-up call for me, and I am so grateful for it. Time is a precious commodity and must not be squandered. The only way to value it is to make each day count. Each morning is a gift that must be opened, appreciated, absorbed, and augmented. Each evening, we return the gift with thanks to our Creator. Most especially in a crisis, we must be grateful, because it is a gift, an opportunity, if only we open the eyes of our mind. 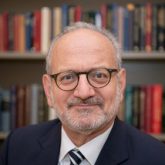 George Jerjian graduated with a business degree from Bradford University in England (1973) and a master’s degree in Journalism from New York University (1993). He has worked as a Chartered Marketer for the past 40 years, as partner in a US commercial real estate venture for the last 30 years, as a writer of 10 books over the last 20 years, and as a speaker for the last 15 years, earning the Distinguished Toastmaster award in 2013. He now devotes his time to consulting, coaching, speaking and writing. You can learn more about George and his upcoming book (release date: October 18, 2018) at Spirit of Gratitude.