What Oliver Sacks Gave To My Family

I never had the sense that anyone had the same urgency about my daughter’s quality of life as I did, or that she was anything to anyone beyond constant seizures and developmental deficits.

When I read the neurologist Oliver Sacks’ An Anthropologist on Mars, I couldn’t help but imagine that such a doctor might be able to help my daughter, Sophie. Sophie was born exactly one month after Sacks’s book was published in early 1995, and after a normal three months, she was diagnosed with a seizure disorder of unknown origin. By the time I was reading Sacks’s book, Sophie wasn’t responding to any of the medications or treatments given to her, and her “development,” as they called it, was delayed. When we made the rounds of doctors’ appointments, therapy or anything that related to Sophie’s care, I never had the sense that anyone had the same urgency about my daughter’s quality of life as I did, or that she was anything to anyone beyond constant seizures and developmental deficits.

When hospitalized, she was lifted out of her crib once by an esteemed neurologist who twirled her slowly in his hands while he talked to his students, the small group of curious, brilliant minds in thrall to the disaster of idiopathic infantile spasms; their relentless snarling of neuronal pathways, the consequent interference with the millions of connections that allowed a conglomeration of cells and systems to become human. Sophie wasn’t much more to these people than a problem to fix, or some symptoms to stifle. I knew otherwise. I had held Sophie in my arms and stared into her eyes, knew that she was in there, despite her apparent disabilities and deviations from “normal.” When I read of Sacks’s attempts to awaken the people struck by a devastating encephalitis into a near-comatose state in Awakenings, I wished that he were Sophie’s doctor. Sacks wrote about these people and his other patients with an enormous and rare compassion, even as he described them in clinical terms.

We lived in New York City, not far from where Dr. Sacks practiced. I had looked up his address and telephone number in the phone book. I imagined that he sat behind a great wooden desk with a small light illuminating the paper in front of him and the consciousness of the people about whom he wrote. I fantasized about calling him and imagined we’d have a conversation about Sophie – not so much about stopping her seizures and making her normal, but rather about her integrity as a human being despite whatever peculiarity or abnormality she possessed. I never called Dr. Sacks, but I did read everything he wrote. I sat in a chair in the third row from the stage where he stood reading aloud from his work many years later in Los Angeles. Because his words had so deeply resonated with me, sustained me really, during some of my darkest days as I wrestled with Sophie’s disability, her seizures, and her inability to speak or care for herself, I felt an enormous impulse to jump on the stage and embrace Dr Sacks. I didn’t do though. I never contacted him directly, no matter how much I had dreamt of the possibility.

I will miss knowing that Dr. Sacks’ light is on, somewhere in the world, and, like countless others, am grateful for how he shed it on Sophie and me.

This morning, I woke to the news that Dr. Sacks had died. I understand that some disability activists have criticized him for exploiting his patients’ disabilities in the interest of narrative. Scientists have criticized him for emphasizing narrative over the clinical. It’s been more than twenty years since I read An Anthropologist on Mars, though, and while my daughter’s brain has remained a mystery to the clinicians that have failed to help her clinically, her integrity as a human being, reinforced in my own mind by the writing and life of Dr. Sacks, is far more palpable. I will miss knowing that Dr. Sacks’ light is on, somewhere in the world, and, like countless others, am grateful for how he shed it on Sophie and me. 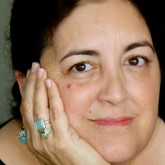