“Pushing Through”: A Poem for Grieving Hearts

I thought we’d scatter my husband Vic’s ashes on the earth under the red oak, but my sons had a better idea. They wanted their dad’s ashes nestled in roots and marked with a cairn.

This massive oak was Vic’s and my tree, the one we hugged for strength when we felt broken or scared, the one we leaned into from either side, pressing our hearts and cheeks against the rough bark. We encircled the tree with our arms and grasped each other’s warm hands. When Vic was sick, he asked me to put his ashes there. 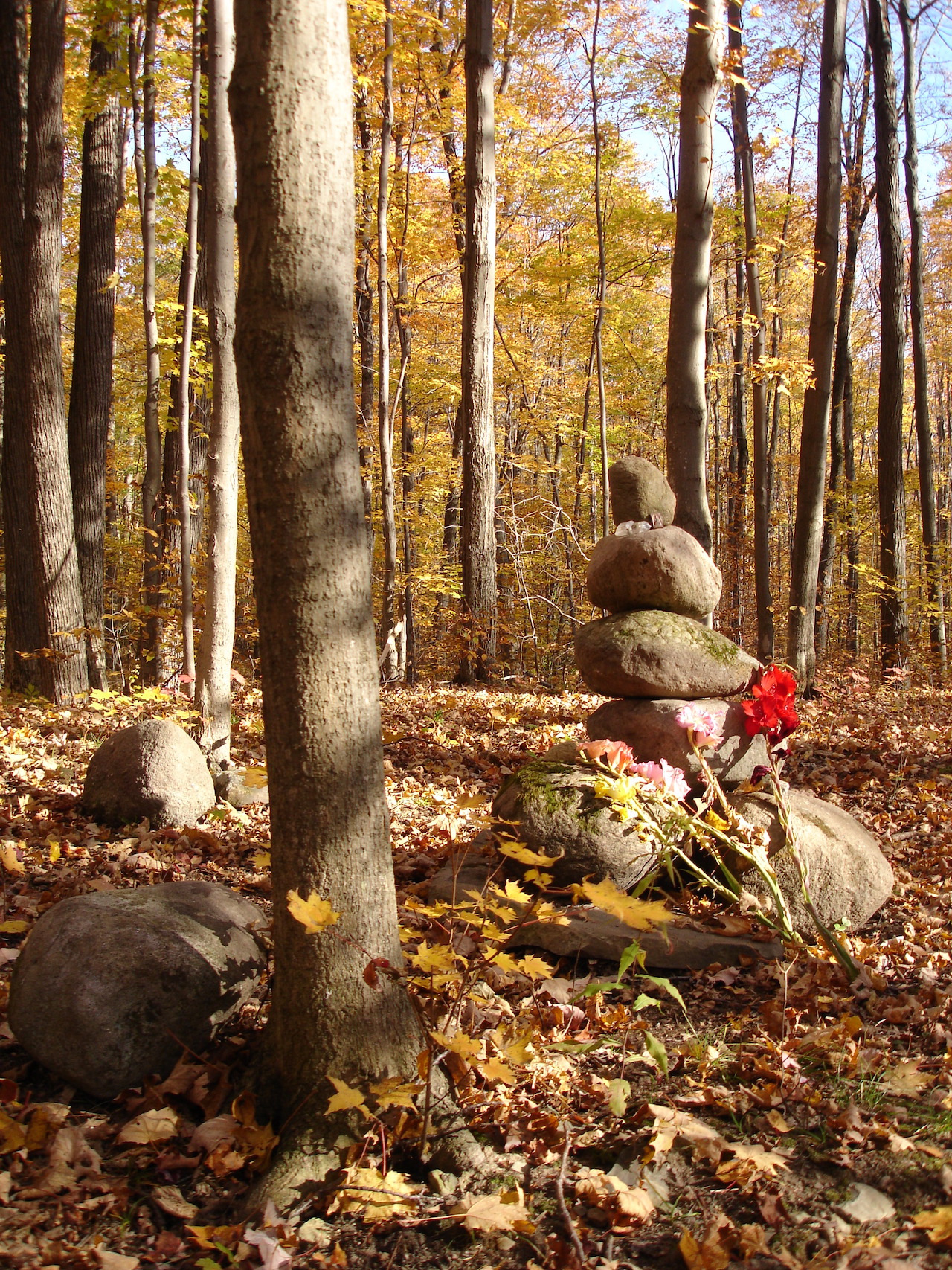 Our son Anthony rolled boulders from the creek bed the day after Vic died. His brother David joined him the next day. Dragging, rolling, and pushing comforted these young men reeling from their dad’s death.

Two months later, the brothers used their dad’s tractor to move the stones from the stream banks to the red oak knoll. They built a triangular base with three thick slabs of native shale. On the base, they balanced three granite boulders, pushed to the Finger Lakes from Canada in the last glacial age. I helped balance four smaller granite stones on the boulders, the smallest perched on top. We dismantled and repositioned many times before we had a stable structure, three feet tall, on the forest hill where Vic’s favorite red oak stood sentry.

David laid gladiolas from my garden on a flagstone at the base. I knew this would be a place to visit often, to bring my sorrow and make offerings of gratitude.

“Divine being, transform me and allow my great grief cry to transform something larger than myself.”

In a trembling voice, I read a poem a friend had shared soon after Vic’s death:

I don’t have much knowledge yet in grief
so this massive darkness makes me small.

In those last three lines, Rilke offered himself and his desperate grief to the Higher: “You be the master: make yourself fierce, break in.” The last two lines said to me, “Divine being, transform me and allow my great grief cry to transform something larger than myself.”

Rilke’s words left no doubt. He had known this trapped place of grief. He had felt his way in the dark, touching the hard walls, realizing there was no escape from pain. He’d experienced the blocked path and felt the paralyzing thickness of sorrow.

Rilke’s poem helps us endure the fierce darkness that descends after any major loss or heart-break.

You might think a poem describing grief’s trapped darkness would depress me. You might imagine I’d long for poems about life everlasting and continuing bonds. Instead, Rilke’s images of helplessness and human smallness filled me with gratitude. Someone had been where I was and survived. Someone had found beauty in our human anguish.

Rilke’s poem helps us endure the fierce darkness that descends after any major loss or heart-break. He gives us words to offer our sorrow to something larger than ourselves. He helps us surrender and be transformed. 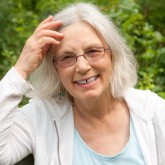 Elaine Mansfield’s book Leaning into Love: A Spiritual Journey through Grief won the 2015 Independent Publishers Book Award Gold Medal for Aging, Death, and Dying. Her TEDx talk is “Good Grief! What I Learned from Loss.” Elaine facilitates workshops, volunteers with hospice, spends time in the forest, and writes a blog at her website elainemansfield.com.