D. W. Winnicott observed that “there is no such thing as a baby.” Having seen thousands of babies as a pediatrician, how could he say such a thing? It was because he noticed that a baby always came with a mother or other caregiver. There is nothing at all, in fact, that does not exist in continuous connection to everything else. You study the pine tree? Blow away the rest of the forest, the sun and the air and the water and the world, and you have a pine tree floating in nothingness, without even you to observe it. Yet our natural science sometimes speaks (and our own atomizing consciousness concurs) as if there were such a thing as a pine tree alone.

Only humans feel alone and conceive of things apart.  We all live in apart-ments.

Only humans, I think, do this. Only humans feel alone and conceive of things apart. We all live in apart-ments. That feeling of being apart (rather than a part) is a real feeling, sure. But aloneness as such is not a real state of affairs. Like the pine, we are inextricably continuous with the past and the present and future, the air and the earth, the spirit and also the human surround. We are each ultimately unified within ourselves, too, though we may feel miserably fragmented. At every moment we are accompanied and tightly surrounded, in a closely packed universe, like an avocado pit in its fruit.

Bob Thurman once said that, before studying Buddhism, he thought as a young man that his life was his own to throw away. And he played rough and tumble with his body and his fate. Since awakening to the dharma he has realized that his life is not his own to throw away. It is interwoven with everything, and cannot be hurt without hurting the entirety.

In those moments when we know directly that we are a part of the human, the animal, the vegetable, the physical, the energetic and the spiritual worlds, it all starts to matter.

Strangely, this interconnection or continuity is not just a cold fact. It is a meaningful and feelingful fact. In those moments when we know directly that we are a part of the human, the animal, the vegetable, the physical, the energetic and the spiritual worlds, it all starts to matter. It warms up. No longer is our life a separate thing to throw away, but we also don’t feel like throwing away the entirety. Being part and parcel of what happens somehow makes it all dear to us. 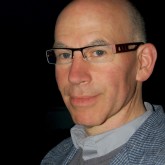 Michael Lipson, PhD is a Clinical Psychologist living with his family in Berkshire County, MA. He is the author of Stairway of Surprise (2002) and Group Meditation (2010) both from SteinerBooks. He teaches workshops in Incarnational Spirituality both locally and globally. You can join his free weekly email by signing up at michaellipson.org.