Let Happiness Catch Up With You

Sometimes we don’t need to pursue happiness. We just need to pause and let it catch up with us.

While driving yesterday, I heard this story and reflection on Krista Tippet’s On Being. It’s from a discussion on Pursuing Happiness with the Dalai Lama and other spiritual leaders, held a few years ago at Emory University.

It resonated deeply with me throughout the day, including while hearing Naomi Klein speak in Berkeley about her new book about climate change. A few thoughts on that follow this excerpt, from Jonathan Sacks, the former Chief Rabbi of the United Hebrew Congregations of the British Commonwealth, who was responding to Krista’s observation about efforts to define “happiness” and her question: Has American culture somehow been fundamentally led astray from the outset by defining happiness as a right? 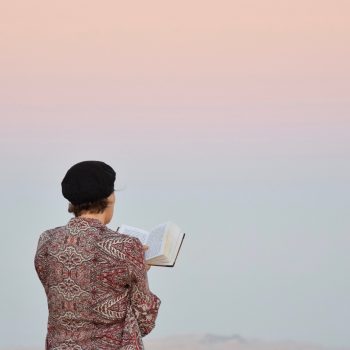 Rabbi Sacks: I’d like just to reflect on one other word, which is “pursuit.” Finding happiness doesn’t necessarily follow from pursuing it. Sometimes the deepest happiness comes when you’re least expecting it. And there is a wonderful story about an 18th-century rabbi, Levi Yitzchak of Berdichev, who is looking at people rushing to and fro in the town square. And he wonders why they’re all running so frenetically. He stops one and he says, “Why are you running?” And the man says, “I’m running to make a living.” And the rabbi says to him, “How come you’re so sure that the living is in front of you and you have to run to catch it up? Maybe it’s behind you and you got to stop and let it catch up with you.” Now which bits of contemporary culture do we stop and let our blessings catch up with us? Now that is called the Sabbath, which we all share.

The Sabbath is when we celebrate the things that are important, but not urgent. And I remember once taking, you know, an atheist — I think an atheist who’s the premier child care specialist in Britain to see a little Jewish primary school and some of the stuff they do there. And she saw on Friday, you know, the little children preparing for the Sabbath, the little five-year-old mother and father blessing the five-year-old children and welcoming the five-year-old guests. She’s fascinated by this Sabbath, which she has never experienced. And she asked one five-year-old boy, “What do you like most about the Sabbath?” and he says — or “What don’t you like?” And the five-year-old boy, being an Orthodox child, says, “You can’t watch television. It’s terrible.” And then she said, “What do you like about the Sabbath?” and he said, “It’s the only time daddy doesn’t have to rush away.” Sometimes we don’t need to pursue happiness. We just need to pause and let it catch up with us.

But what does this have to do with climate change, and the sense of urgency that surrounds it, or any other important cause for that matter? Just this: However important and worthy our goals, I think it is also important to remember that what all of us want, most fundamentally in this moment, is happiness; and we must try not to miss that, the genuine experience of it, in the pursuit of what we think is right. Perhaps even when things feel most urgent, it is important to pause.

You can listen to the rest of the program here. 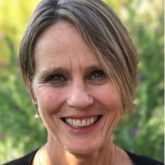 Lisa Bennett has co-authored a book with emotional and social intelligence expert Daniel Goleman; contributed to The Compassionate Instinct and other books; and is currently writing about the steadying power of love in these unsteady times. A former Harvard University fellow and Ashoka Changemakers thought leader, she is also a writing coach, ghostwriter, and communications strategist. She blogs at www.LisaBennett.org