This month’s Grateful News focuses on an upcoming eclipse; doctors restoring the eyesight of thousands; a Malawi girl reclaiming her life; homeless girls finding belonging in a Girl Scout troop; forest bathing; and losing – and finding – things in Japan… 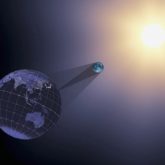 On Aug. 21, a narrow, 70-mile wide swath of the United States from Oregon to South Carolina will be the stage for one of the most (if not the most) spectacular celestial events, a total eclipse of the sun. This is the first total solar eclipse in America in almost 40 years. The next one in the U.S. will be on April 8, 2024.
>> Full Story 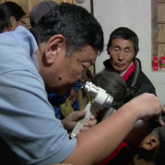 Two doctors embark on one of their most challenging missions: fighting blindness and partial blindness in the isolated country of Burma. Sanduk Ruit and Geoffrey Tabin have restored eyesight to more than 150,000 patients in 24 countries. Although they help so many, the doctors themselves feel they are the beneficiaries. >> Watch Video and Read Full Story 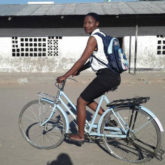 Former Child Bride Is Pedaling Her Way To A Brighter Future

At 14, Jenipher Sanni married a man who already had a wife and kids. He yelled at her a lot. She dropped out of school. Now 20, she’s left her husband and is a newly minted high school graduate. And she’s helping girls in her community stay in school. >> Full Story 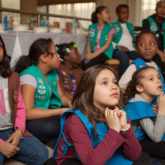 Scout Troop For Homeless Girls To Expand Its Embrace

Troop 6000 started at a homeless shelter in the New York borough of Queens in February with eight girls. Now, it stands poised to bring in more than 500 new members in the next year to answer a question that nags at many of those living in shelters: “Where do I belong?” >> Full Story 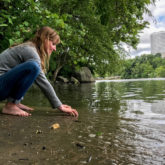 Forest Bathing: A Retreat To Nature Can Boost Immunity And Mood

There’s a growing body of evidence that the practice can help boost immunity and mood and help reduce stress. “Medical researchers in Japan have studied forest bathing and have demonstrated several benefits to our health,” says Philip Barr, a physician who specializes in integrative medicine at Duke University. >> Full Story 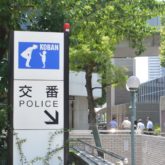 Lost Your Phone In Japan? You’ll Probably Get It Back

In Japan, stories involving lost phones, wallets, cameras and keys frequently have happy endings. It requires honesty on the part of finders, and educating finders starts early. Officers take it seriously and will tell a child who found as little as one or five yen: ‘You did a great job.’ They do this to cultivate the child’s self-esteem and sense of accomplishment.  >> Full Story