Blessing as a Form of Service

I believe there is no authentic spirituality where there is no healing of one’s community and of the world – just as social, environmental and political activism without a spiritual dimension can easily lead to anger, bitterness and burnout.

In one of the most powerful passages on oneness in world spiritual literature, the prophet Isaiah describes service as the ultimate path to enlightenment and the source of real health (the words whole, holy and healthy stem from the same root): 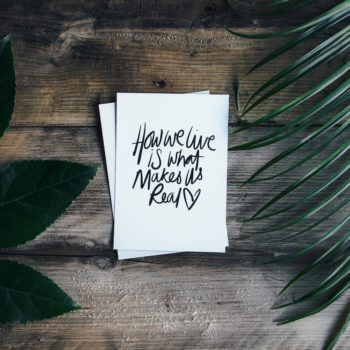 “Is not this the fast that I have chosen? To loose the bands of wickedness, to undo the heavy burdens, and to let the oppressed go free, and that ye break every yoke? Is it not to deal thy bread to the hungry, and that thou bring the poor that are cast out to thy house? When thou seest the naked, that thou cover him; and that thou hide not thyself from thine own flesh? Then shall thy light break forth as the morning, and thine health shall spring forth speedily.” (Isaiah 58:6-8)

Over a period of 25 years, I have had thousands of people in my workshops. And I have noticed that for many, the spiritual quest is a rather self-centered thing: the search for personal enlightenment and well-being. However, I believe there is no authentic spirituality where there is no healing of one’s community and of the world – just as social, environmental and political activism without a spiritual dimension can easily lead to anger, bitterness and burnout. I have met many people claiming to be ‘spiritual’ who were totally indifferent to the very real sufferings of the world, and too many social activists ruining their health and killing the deep joy born of authentic service by always trying to do more.

This urgency is not a reason to get frantic; on the contrary it demands quiet inner strength.

The world is not exactly in a good shape, to put it mildly, and many observers of the world scene give us 30-40 years to pull our act together if we want to survive. The need for unselfed world servers has never been so great, for we live in a time of immense urgency: urgency to get off our little spiritual cloud, urgency to help heal the world and become true world servers. This urgency is not a reason to get frantic; on the contrary it demands quiet inner strength. But it is a time to stop playing marbles and being a passive witness of world events, and really buckle down to serving humanity. I personally believe this should be the first aim of any spirituality worth its salt today. 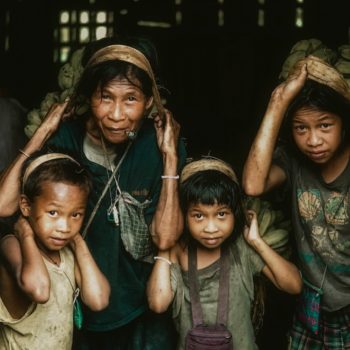 The service I have in mind is characterized by a deep dimension of healing: healing relationships (including with oneself!), healing the environment, eradicating all forms of poverty (mental as well as physical), dealing with crises (economic and political), healing disease. I personally have friends who have healed situations of collective violence, diseased crops and a large herd of cattle (overnight) through the very clear understanding of the spiritual laws ultimately governing reality. Over the years, people from all round the world have shared with me healings which happened through the simple practice of blessing.

Tibetan master Djwhal Khul, who inspired the writings of Alice Bailey (author of Serving Humanity, among many other works), wrote the following: “True service is the spontaneous outflow of a loving heart and an intelligent mind; it is the result of being in the right place and staying there; it is produced by the inevitable inflow of spiritual force and not by strenuous physical plane activity; it is an effect of a man’s being where he truly is, a divine Son (or Daughter) of God, and not by the studied effect of his words or deeds.”

In our consumer society, becoming a world servant demands a radical realigning of one’s priorities, starting with one’s time, income and possessions.

Each one needs to find her or his own unique path of service. However, in our consumer society, becoming a world servant demands a radical realigning of one’s priorities, starting with one’s time, income and possessions. The question then becomes not, ‘What do I want to do with my time, money, possessions’, but: ‘how do I realign their use to be consistent with my aim of service and healing? And here the daily, sincere practice of blessing and sending focused unconditional love to people, events and situations has an important, healing role to play in raising world consciousness. 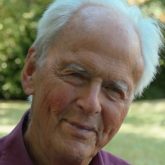 A true world citizen, Pierre Pradervand has labored all his life for social justice, living in or visiting 40 countries on every continent. From his Geneva home Pierre is now active as a writer, speaker and workshop facilitator, helping people to live simpler, yet richer, more contented lives. His workshops provide personal development tools that empower attendees to strengthen their internal anchors and advance on their spiritual path. He is the author of the award-winning The Gentle Art of Blessing and Messages of Life from Death Row, a collection of letters from Roger McGowen, an innocent former death row inmate. This blog is reprinted by kind permission of The Gentle Art of Blessing.