A year has passed since Krista Tippett traveled to Austria to have a conversation with Br. David Steindl-Rast about gratitude. Br. David spoke of mysticism as the birthright of every human being, and of the anatomy and practice of gratitude as full-blooded, reality-based, and redeeming. It is a provocative and illuminating conversation which we feel moved to share with you again on this one year anniversary of their visit. 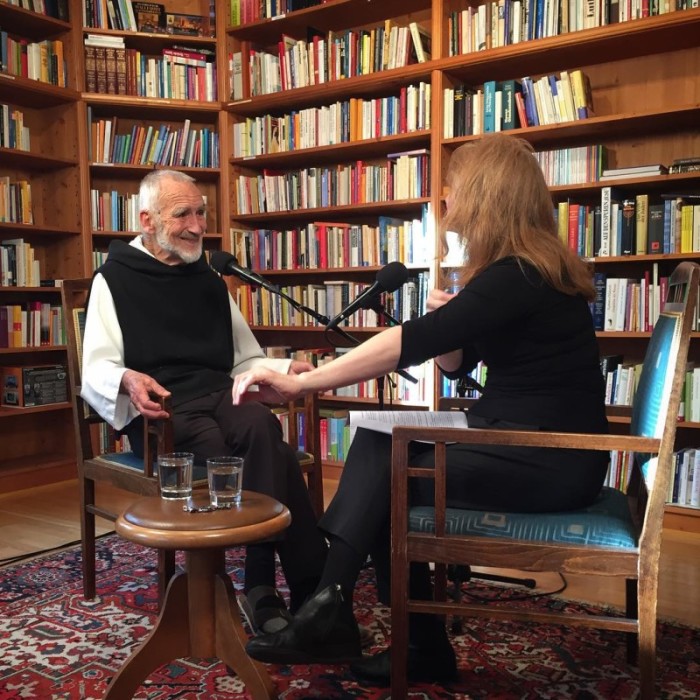 Hear Krista Tippett’s award-winning show, On Being, a one-hour conversation with Br. David:

Now in his nineties, Brother David Steindl-Rast has lived through a World War, the end of an empire, and the fascist takeover of his country. He’s given a TED talk, viewed over five million times, on the subject of gratitude — a practice increasingly interrogated by scientists and physicians as a key to human well-being. He was also an early pioneer, together with Thomas Merton, of dialogue between Christian and Buddhist monastics. In this conversation from a visit to the Gut Aich Priory monastery in St. Gilgen, Austria, he speaks of mysticism as the birthright of every human being, and of the anatomy and practice of gratitude as full-blooded, reality-based, and redeeming.  See this page for a transcript of this interview.