All over the world people are practicing grateful living as a part of this network. In particular, we highlight these partners who are bringing grateful living to their countries and continents, with hopes that you will explore, celebrate, and share their inspiring work… 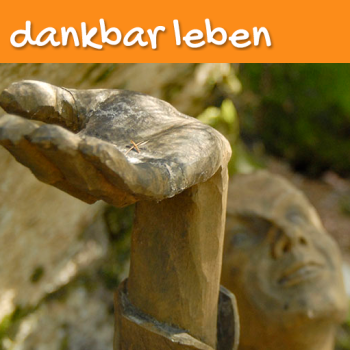 For many years, our friends from Germany, Switzerland and Austria have been closely involved with Br. David and have been an integral part of our Network for Grateful Living.  In 2012, a group gathered in Austria and out of that gathering, Dankbar Leben sprang from their collective hearts and hard work. You can learn about their initiatives and stay informed by visiting Netzwerk Dankbar Leben.

In 2012, Br. David visited Argentina and a group of friends there started this chapter to serve South America, and Spanish-speaking communities around the world. Vivir Agradecidos has grown by leaps and bounds over the years, publishing the beautiful coffee table book, Celebration, and serving many friends with their writings, gatherings, and grateful action.

We were delighted when our friends in Brazil proposed the creation of a site to share Br. David’s teachings, along with other content and tools from gratefulness.org, with Portuguese-speaking people around the world. In 2016, Viveragradecidos.org, a beautiful labor of love, was launched to “encourage and inspire those who need and desire to open their hearts to all that makes us feel totally alive.”

This budding chestnut symbolizes ‘Dankbaar Leven, ‘ the beginning of a Dutch network of gratefulness. Attracted by the idea that gratitude is not only a feeling, but can also be a deliberate choice, something you can practice, a number of people in the Netherlands came together in October 2015. Br. David’s approach to grateful living has become a great inspiration for them and his writings are an invaluable support for practicing this attitude in daily life. By offering a page in Dutch they want to enable Dutch speaking people to find this source of inspiration more easily, in this way expanding the Dutch network ‘Dankbaar Leven.’ To learn more visit their Welcome page and Facebook page.

In 2018, following a meeting with Br. David, friends in Croatia began getting together to deepen and strengthen their understanding and practice of grateful living.  In 2019, with great enthusiasm and care, they launched “Zivot u zahvalnosti” — a Croatian language website featuring translations of Br. David’s writing, videos, along with other inspirational resources. In addition to maintaining the website, the group stays connected via mobile app as they support one another in living gratefully.

Thanks to the diligent work and full-hearted commitment of Klaudia Menzi-Steinberger as well as the invaluable technical support and expertise of Patrick Bertolf (both from Switzerland), we are delighted to share that there is now an extensive library of Br. David’s writing, lectures, interviews, videos, audio recordings, books, and more in the German language at Bibliothek David Steindl-Rast OSB.

Br. David Steindl-Rast visited Father Joseph Yim in Hong Kong, China.  They, along with translator Rosa Pang, have been excited about sharing Grateful Living Practice  through these translations.